The stock surged after a better-than-feared earnings report.

On Dec. 5, Ulta Beauty (ULTA 12.47%) reported third-quarter earnings, sending the stock up double digits the following day. Ulta was actually down in 2019 in an otherwise strong year for the overall market, which wasn't what investors in this leading specialty retailer were bargaining for in 2019.

The problem for Ulta is that the prestige cosmetics industry has slowed down mightily this year, even declining after years of torrid growth. Cosmetics account for roughly half of all Ulta sales, and they are also some of the highest-margin products for the retailer, so the slowdown has hurt its growth trajectory in a big way.

As the recent report shows, Ulta's challenges remain. But the all-star retailer is doing quite an admirable job of battling these industry headwinds. And its outperformance, while nothing to write home about, sent the stock higher. 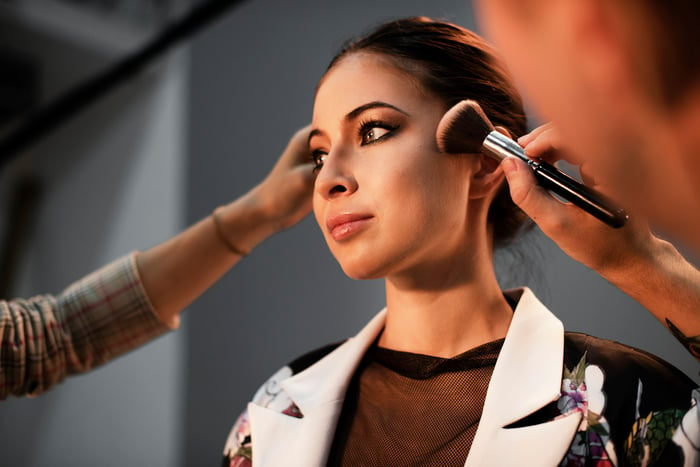 In the quarter, Ulta revenue was up 7.9% year over year, far below the growth of years' past and actually missing expectations. But this was due to fewer store openings, with 28 net new openings in the quarter compared with 39 in the year-ago period. On the other hand, comparable-store sales of 3.2%, while also lagging previous levels, beat analysts' estimates of 3.1%, and gross margin expansion led to earnings per share that also beat relatively muted profit expectations.

While Ulta continued to show growth in skincare and mass cosmetics, the prestige category actually declined in the low single digits, showing that the company is still in the midst of a tough headwind of indeterminate duration.

On the conference call with analysts, CEO Mary Dillon said, "It's tough to be in a cycle, but the cycle in the U.S. feels very much about innovation. Not just being as incremental to categories that has been in prior years. And you can imagine, we're working very closely with our brand partners, big and small, and this should really bring back strong growth, and we believe the category will return to growth."

While Ulta is still taking market share in the category, which is boosting investor enthusiasm, investors should also realize it is depending on new innovation in prestige cosmetics, which it doesn't directly control. If and when that happens is hard to determine.

Scaling back spending but not too much

Management is responding intelligently to the new normal. Importantly, it isn't scaling back on its digitization efforts, which are a key to its competitive advantage. Ulta app users can now virtually try on makeup using recent acquisition GlamST technology, and Ulta is developing virtual beauty advisers with the help of QM Scientific, another tech acquisition made last year.

But it is scaling back on certain spending, like pushing the construction of its new Jacksonville, Florida fulfillment center from next year into 2021. Executive bonuses are also down, given the recent business and industry headwinds, which one also likes to see as an investor. Capital expenditure guidance was lowered to $305 million to $315 million, down from a previous range of $340 million to $350 million.

Executing well against these headwinds caused management to narrow guidance for revenue, comps, and EPS within the previous guidance range. That's not exactly great, but it was apparently enough to give investors some relief that things weren't deteriorating further.

Even after last week's rebound, shares are still trading well below previous highs of $368, and the stock is trading at a relatively modest valuation of 22 times forward earnings. That being said, Ulta's growth is likely to remain in the single digit range for at least the next few quarters. 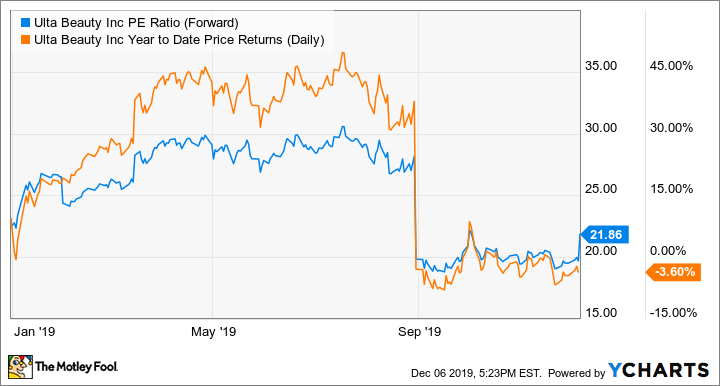 As such, patient investors can hold a position confidently here and wait for the prestige cosmetics category to eventually turn itself around. But if and when that happens, no one knows.