The shares surged higher on the news that Charles Schwab (NYSE:SCHW) had reached an agreement to acquire TD Ameritrade in an all-stock deal valued at $26 billion. It's a big deal, and not just in dollar terms. The combination of two of the most popular full-service brokers could create an enormous advantage for both companies.

Under the terms of the deal, TD Ameritrade shareholders will receive 1.0837 shares of Schwab for each share of TD Ameritrade. The deal is expected to close in the second half of 2020. 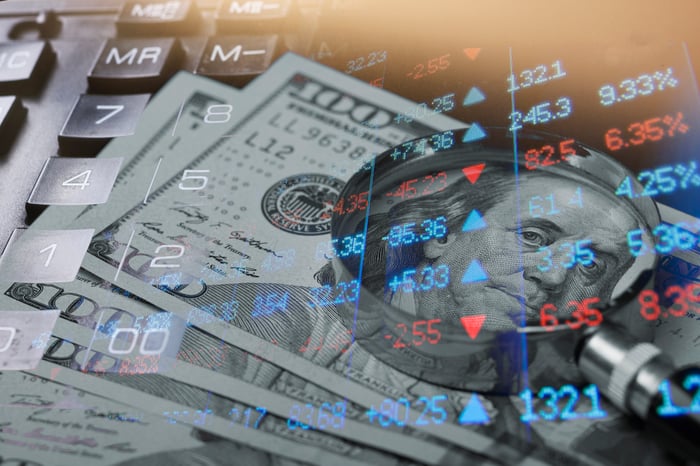 The name of the game has been increasing scale in the brokerage industry. There has been an exodus of capital from traditional Wall Street investment firms in recent years. That capital is flowing to Charles Schwab and TD Ameritrade as these companies gain share of the estimated $45 trillion in investable assets. This deal essentially accelerates the accumulation of assets for both companies.

The deal comes just after Schwab and TD Ameritrade announced the move to zero-commission trading for stocks, a response to the rising competition from innovative upstarts like Robinhood. Obviously, the combination of the two companies' massive assets will allow the new company to more easily absorb the extra cost of free trading, in addition to other features and services that will come down the road.

On a pro forma basis, the combined company had $5 trillion of client assets at the end of the third quarter. Total revenue was $17 billion, with pre-tax profits of $7 billion. That is an early look at what the combined company will look like when the deal closes next year.

In other news, the announced deal comes as TD Ameritrade is still searching for a new CEO. Former CEO Tim Hockey resigned in July. The company announced it has suspended the search and has named Steve Boyle interim CEO. Boyle will guide the company through the transition next year.