Financial independence is a big part of the American dream, and if you want to maintain that independence in retirement, it's up to you take steps to make it happen. Two of the best ways to build wealth are by investing in stocks and utilizing the tax-saving power of an IRA to keep more of your hard-earned gains.

Here are three stocks that I personally own in my retirement accounts: Brookfield Infrastructure Partners (NYSE:BIP), CareTrust REIT (NASDAQ:CTRE), and Tellurian (NYSEMKT:TELL). Between the three, investors can gain exposure to some of the biggest demographic and energy trends set to drive the world's economy for years to come. Keep reading to find out if they're a good fit for your IRA. 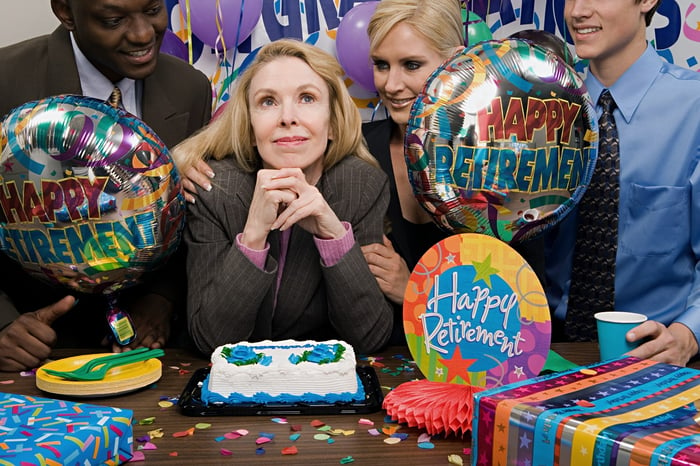 An easily overlooked, recession-resistant investment for your IRA

Whether it's telecommunications infrastructure to move data; gas or power transmission lines to move energy; or rail lines, ports, or toll highways to move goods and people; Brookfield Infrastructure Partners owns the things that keep modern society functioning. These kinds of infrastructure assets are often overlooked, but they're steady cash-cow businesses that deliver in every economic environment.

Moreover, demand for high-quality infrastructure is on the rise. The global population is growing -- particularly the middle class -- and the world's fastest-growing urban centers don't have the infrastructure in place to meet future needs. At the same time, many developed countries are dealing with aging infrastructure in desperate need of modernization.

This two-pronged opportunity has already delivered enormous returns for Brookfield Infrastructure investors. In the dozen years since going public, it has delivered more than 650% in total returns, nearly four times better than the S&P 500 over the same period: 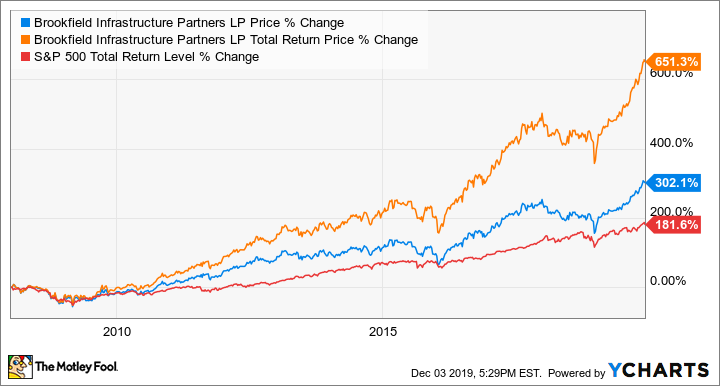 While I'm not willing to call Brookfield Infrastructure a six-bagger over the next dozen years, I certainly wouldn't rule it out. Dividend growth has played a significant role in its returns so far, and the opportunity to acquire and improve global infrastructure assets certainly isn't getting any smaller. There's a clear argument that it could have a bigger opportunity to grow in the coming decades than it has had so far.

Finally, don't let its status as a master limited partnership (MLP) keep you from owning it in your IRA. Most MLPs aren't a good fit for retirement accounts because of something called unrelated business taxable income (UBTI), but Brookfield has never paid income that was classified as such and structures its subsidiaries to avoid generating income that would be classified as UBTI. Brookfield even goes so far as to state that it qualifies for U.S. IRA and 401(k) accounts.

Put it all together, and Brookfield looks like an ideal stock to own in an IRA.

How to profit from other people's retirement and aging

While the developing world is getting younger and more populous, America is getting older and population growth is slowing. The repercussions of this trend will be felt all across the economy, and economic growth could slow significantly in future decades. But the flip side of the aging trend is a real opportunity for investors. America's baby boomers are expected push the number of seniors in the country past 80 million over the next decade.

CareTrust REIT looks like a prime way to profit from this trend. The company owns skilled nursing and residential properties, which it leases on long-term agreements to care providers. Much like Brookfield with infrastructure, CareTrust is well positioned to be a major participant the expansion of these properties over the next decade.

Also like Brookfield, CareTrust has delivered market-smashing total returns since going public (in its case, only about five years ago): 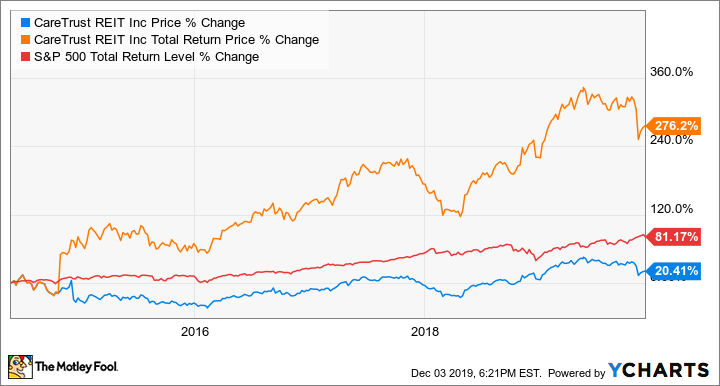 Much of CareTrust's success so far has been the product of a talented executive team that's done a wonderful job putting the company's capital to work. It has more than doubled the number of properties it owns since going public, affording it an 80% increase in the quarterly dividend since it was initiated.

Moreover, the market has recently given investors an opportunity to buy CareTrust at a solid price. The company disappointed Mr. Market when it reported third-quarter results in early November, as management announced it was undergoing a review of its asset base that would likely result in some asset sales, as well as terminations of some tenant relationships. This will result in a temporary drag on earnings, slowing growth as the process plays out. Since the announcement, shares are down about 12% and are off almost 17% from their all-time high.

But what the market's short-term focus is missing out on is that this is exactly the kind of action that makes CareTrust a great long-term investment. Management is willing to make moves that can be painful in the short term, but will make CareTrust stronger in the long term.

With the dividend yield back above 4% after the sell-off, a big opportunity for growth, and a proven management team that's focused on what's best for the long term, investors would be smart to put CareTrust in their IRA.

A big bet on the "other" energy megatrend

Coal is dying. Sure, renewables are playing a big role in delivering new, cleaner energy around the world, but there's another megatrend on the rise that investors shouldn't ignore: liquefied natural gas (LNG). Because the fact is, as much as renewables are driving the shift away from coal, natural gas -- a hydrocarbon itself but with much fewer carbon emissions and lower particulates than coal -- is going to play a major role in helping power the world in a more environmentally responsible way. 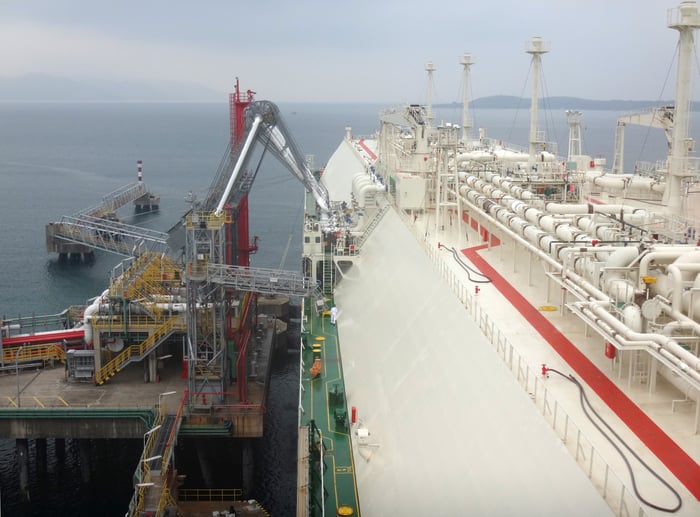 For investors willing to take on some risk, Tellurian deserves a close look. The company is still in its start-up phase, working with investors, lenders, and energy company partners to find the $30 billion it will need to build an LNG export facility and pipelines to connect it to cheap gas supplies. It has received federal approvals for its LNG export facility, called Driftwood, and started the approval process for its 625-mile Global Access pipeline to connect it to cheap natural gas in Texas.

But the company won't start producing LNG -- or earning any meaningful money -- before 2023, and that means risk. There's an awful lot that could go wrong over the next three-plus years, and if things don't go well, your capital could evaporate. To speak plainly, an investment in Tellurian today is a bet on its management team, which was largely responsible for turning Cheniere Energy into one of the world's biggest LNG exporters and a millionaire-making investment.

If they can do it again -- and my money is on them doing it one better -- then investors could reap enormous gains over the next decade or more. Using your IRA to protect those gains from taxes sounds like a great idea to me.