Investors can usually find good opportunities in tech stocks by buying shares of an established company when it's going through a rough patch. Both Micron Technology (NASDAQ:MU) and Intel (NASDAQ:INTC) have taken their lumps lately. Micron is one of the leading suppliers of memory and storage solutions for consumer PCs, mobile devices, data centers, and more. But a soft market for memory prices has weighed on profits. The stock has started to rebound recently, as investors anticipate a recovery on the horizon.

Meanwhile, Intel is battling to hold on to market share in the CPU space. Despite the onslaught from Advanced Micro Devices, I wouldn't count out the chip giant just yet. Intel has massive resources it can invest to mount a comeback. With its valuation at conservative levels, this might be the ideal time to build a position in the stock.

Both stocks have the potential for gains over the next few years. We'll compare the investment case for each to determine which one has the best risk-adjusted reward for your money. 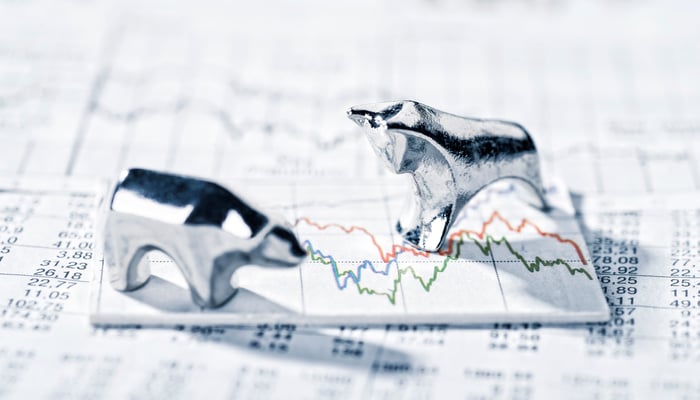 Micron is enjoying a secular demand trend coming from non-consumer markets. Its flash memory technology (NAND and NOR) is used to make SSDs, which are increasingly being adopted by cloud storage providers for their faster data retrieval speed and compact size relative to hard disk drives.

Another market where Micron is seeing growth is automotive, where the company has a leading share position supplying storage and memory products used for infotainment systems and other applications in the car.

The world will always need more storage, but investors should be aware that this is an intensely competitive industry, with the likes of Samsung Electronics (the No. 1 player in memory), SK Hynix, Toshiba, and Western Digital all vying for position.

Intel competes in the memory market, too. Intel Optane is being integrated into Oracle's Exadata platform as part of a new strategic collaboration between the two companies.

All of this competition makes it difficult for the industry to generate consistent profits since there is not much to differentiate these types of products. Memory products go through cycles of severe swings in average selling prices, which is hurting Micron right now.

In fiscal 2019 (which ended in September), Micron's revenue declined 23% due to lower average selling prices caused by several headwinds, including too much supply flooding the market and a sluggish environment for PC sales. These obstacles caused profits to fall by 50% in fiscal 2019. 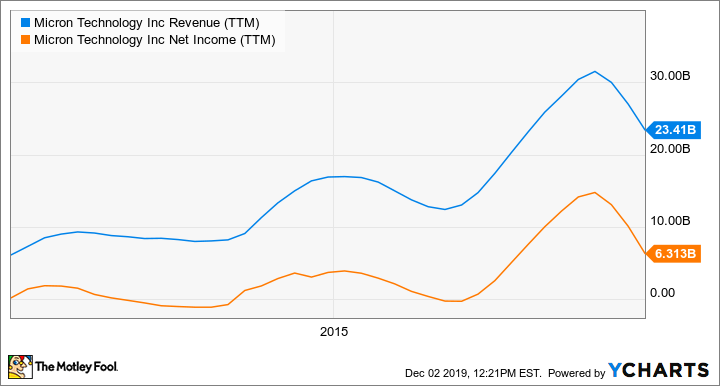 Micron stock fell sharply in 2018, but it now looks cheap on a price-to-earnings basis, trading at less than 10 times next year's earnings estimates. On a price-to-book-value basis, the shares trade at 1.44 times book value, which is around the middle of their historical range going back to 2010. 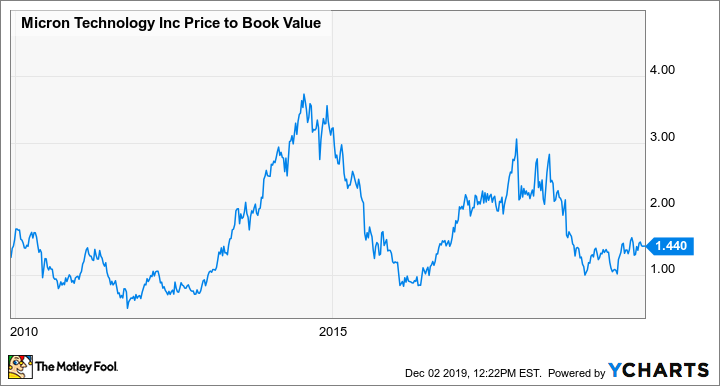 Book value might be a better way to value Micron, since earnings can be volatile year to year. All told, the shares may still have some upside, but I would consider a valuation above book value to be a fair value for Micron, especially after climbing 47% so far in 2019.

Intel is a giant in the semiconductor industry, with $70 billion in revenue, $13.4 billion spent on research and development over the last year, and $14.7 billion generated in free cash flow. But Intel has faced some challenges of its own.

AMD has cranked up the innovation engines and is gaining share on Intel in the CPU market. Intel stock hasn't moved much lately, but it looks undervalued. Revenue and profits have continued to grow, bringing the P/E ratio down to the low teens.

CEO Bob Swan is focused on improving returns on investment, which is why Intel sold its modem business to Apple and also sold its interest in IMFT, a joint venture to produce NAND memory technology, to Micron. More investment is being directed toward Intel's bread-and-butter business -- chip innovation -- including the eventual move to 7-nanometer chips, as well as 5-nanometer chips and a discrete graphics processing unit (GPU) aimed at the data center market.

The company is also making strides in other areas like 5G base station systems-on-a-chip, self-driving cars (Mobileye), and artificial intelligence (AI) applications. AI-driven data-centric revenue is expected to increase by 20% this year.

Management has guided for total revenue to hit $85 billion and for earnings to reach $6 per share within four years. With the stock trading at $58 currently, investors can buy a share of Intel for less than 10 times what it might be earning in 2023. That's cheap.

Micron could still generate returns for investors over the next few years, but then again, if the industry recovers and then suffers another downdraft in selling prices in a couple years, that may not leave the stock trading much higher than it is today.

On the other side, Intel consistently generates high returns on equity. Earnings per share have marched higher over time and that will likely continue. Intel stock could potentially double in the next five years, if the company meets guidance and investors award the shares a higher valuation. 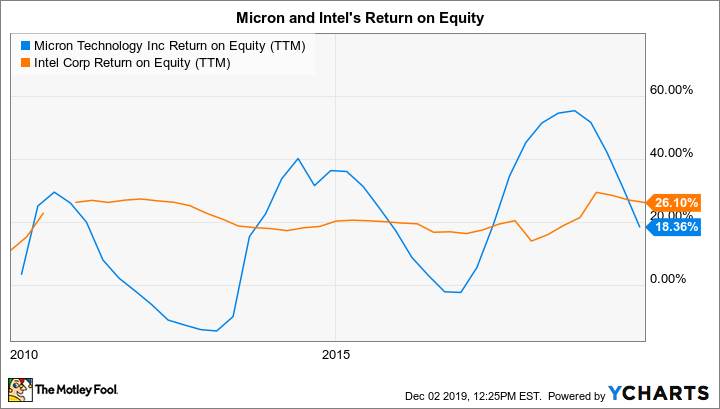 Intel also pays a current dividend yield of 2.14%. Micron pays no dividend, which can be attributed to its inconsistent profitability and the huge capital investments that are required to compete in the marketplace. Overall, I would rather buy Intel right now based on its low valuation and more consistent business performance.