Financial custodian, asset manager, and financial services firm State Street (NYSE:STT) surged 13.7% in November, according to data from S&P Global Market Intelligence. The Boston-based financial giant, which has been in business since 1792, is still attempting to claw its way back from a plunge that began in 2018 with the beginning of the U.S.-China trade war.

In November, State Street's stock followed the trend of better-than-feared earnings and rising markets worldwide, as hopes for a trade truce increased. 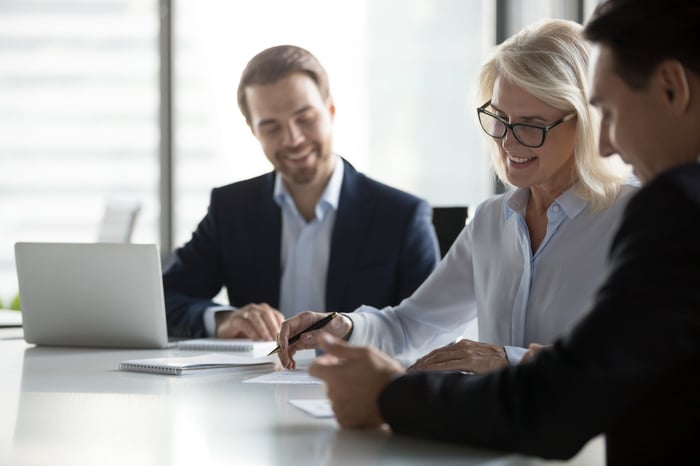 Much of State Street's revenue is somewhat tied to the levels of global financial markets, either directly or indirectly. Not only do falling asset values decrease revenue tied to asset management, but technological advances and turmoil for asset manager clients is also resulting in consistent fee pressure on State Street's servicing businesses. Lower volatility and the move to more passive products are also a headwind, and declining interest rates have a negative impact on net interest margins in the lending business. All of these factors hit the company at once over the past year.

So while State Street's third-quarter revenue declined by 2.9% and earnings per share declined by a whopping 23.7%, both figures were flat when compared to the prior quarter, and actually came in ahead of analyst expectations. State Street is currently undergoing a cost-cutting program and technology transformation, which it predicts will save $400 million by the end of the year. That's a big deal, as the figure almost equals last quarter's $583 million in net income.

In November, U.S. and global indexes all rallied, with the S&P 500 up 3.67% and the MSCI & EAFE combined indexes up 1.31%. While the current quarter hasn't ended yet, the November gains following a good October bodes well for the current quarter. 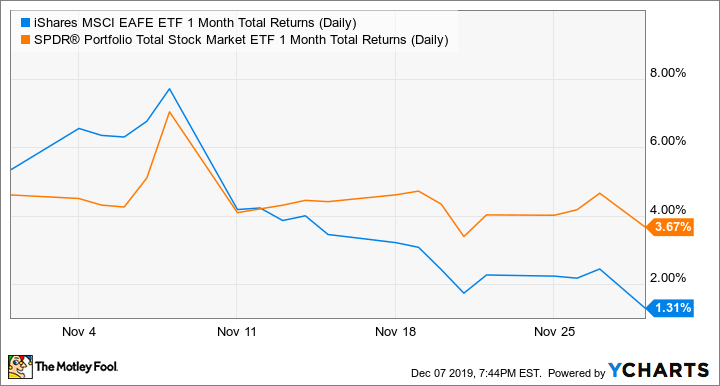 While the U.S. market has bounced back and slightly exceeded its 2018 highs, most international markets are still below the highs of last year. Therefore, markets could still rally further, especially if a trade deal is reached. State Street also continues to win new business, with $1 trillion in new assets under servicing agreements and $13 billion of asset management inflows. At the same time, the company continues to face fee pressure, and its product mix is shifting to lower-margin ETFs versus actively managed funds.

These counteracting forces should give State Street stability, but underwhelming growth, over time, as the stock continues to generally track U.S. and global market indexes. Meanwhile, the company continues to buy back stock and pay out its dividend, which was just raised 11% and now yields 2.76%.