These two companies made major acquisitions that should spur future growth.

Two major financial companies just raised their dividends in the past few days, and those increases were accompanied by more good news -- acquisitions that should better position both of them for future growth.

One of those companies is US Bancorp (USB 1.97%), which acquired another bank to expand its geographical footprint, and the other is State Street (STT 8.73%), which bought a rival to make it the world's largest custodial bank. Let's take a look at how these moves should benefit these two stocks. 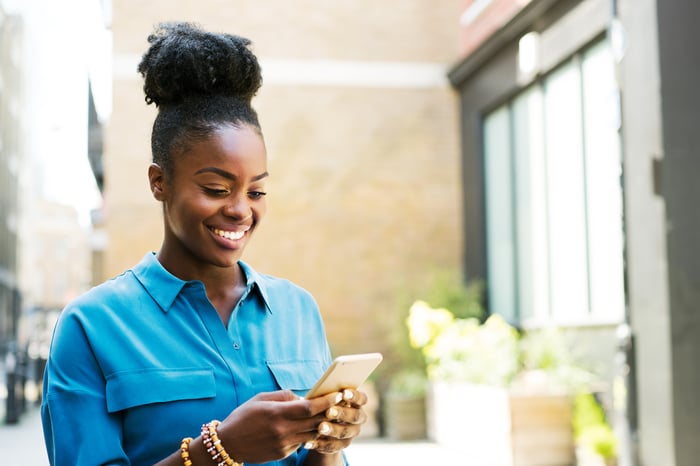 US Bancorp, the holding company of US Bank, the fifth-largest bank in the country, just got a little bigger with the acquisition of San Francisco-based MUFG Union Bank. US Bancorp bought the bank from Mitsubishi UFJ Financial Group for about $8 billion. It has about $133 billion in assets and 342 branches -- 315 of them in California, with most of the rest in Oregon and Washington. Further, the acquisition adds 1 million individual customers and 190,000 small-business accounts, while boosting the balance sheet with $58 billion in loans and $90 billion in deposits. The purchase will bolster US Bank's already-solid position in California, making it the fifth-largest bank in the state in terms of deposits, up from 10th.

US Bancorp projects that the deal, after it closes in the first half of 2022, will be about 6% accretive to earnings per share in 2023 assuming a 75% integration by then, and 8% accretive when fully integrated in 2024. The bank expects to realize $900 million in cost savings, or about 40% of estimated noninterest expenses, through real estate consolidation, technology and systems conversion, and other back-office efficiencies.

This should help the performance of one of the nation's more efficient banks, with an efficiency ratio (how much a bank spends to generate $1 of income) of 58%, among the lowest of the major banks. Meanwhile, the acquisition also should boost return on tangible common equity, at 21%, also among the best of the nation's biggest banks. It currently has an operating margin of 42%, which is higher than every major bank except JPMorgan Chase.

The earnings growth and efficiency also bode well for the dividend, which US Bancorp just increased to $0.46 per share in the third quarter -- or $1.84 annually. US Bancorp has a dividend yield of 3.2%, which is higher than the financial sector average of about 2.6% and the average for the S&P 500, which is about 1.3%. It also has a low dividend payout ratio equal to just 37.2% of earnings. This acquisition of MUFG Union Bank should strengthen US Bank's already sound position as the leading super-regional bank.

On Sept. 7, State Street made a big slash by acquiring the Investor Services business from Brown Brothers Harriman for $3.5 billion in cash. That includes its custody, accounting, fund administration, global markets, and technology services. As a result, State Street will become the largest global custodian of assets in the world when the deal closes in late 2021. BBH Investor Services had $5.4 trillion in assets under custody (AUC) as of June 30, which would add to State Street's $42.6 trillion. The combination would make State Street the largest custodian bank, surpassing BNY Mellon, which has roughly $45 trillion in AUC.

The deal is expected to be accretive to earnings in the first year. Once BBH Investor Services is fully integrated, the company expects a 31% increase in operating margins. The company said it expects to see $260 million in expense reductions

through efficiencies in operational systems, infrastructure, and overhead consolidation. The purchase not only gives State Street added scale and the leading share of the custodial market, but it also extends State Street's reach into non-U.S. markets that State Street has targeted for growth including Japan, Luxembourg, Ireland, and Latin America.

In addition to custodial services, State Street also has a robust asset management division as the third-largest manager of exchange-traded funds after BlackRock and Vanguard. There has been speculation that State Street is interested in buying the fourth-largest exchange-traded fund company, Invesco, which could help it gain share in that market as well. State Street invented ETFs but has since fallen behind its two bigger rivals. Acquiring Invesco -- which has some of the hottest ETFs on the market, such as the Invesco QQQ Trust -- would be a major boon.

Custody banks hold assets in secure accounts and handle administrative tasks for large institutional clients. Revenue is generated from fees and is very steady and stable -- the type that investors seeking income prefer. Combine this with State Street's ETF business, which has the potential for huge growth over the next decade, and you have a nice mix of revenue.

This deal to acquire Brown Brothers's custody business puts State Street on an even better footing in the custody business and should lead to enhanced earnings growth. That's good news for dividend investors.