Are you in the holiday spirit yet? Well, obviously the stock market isn't, given its tepid performance on Monday. Most major indexes sagged, with many stocks sinking along with them.

Monday's a good day to go positive, though, so I'm going to highlight two stocks that bucked this trend and increased at their close. Read on for more. 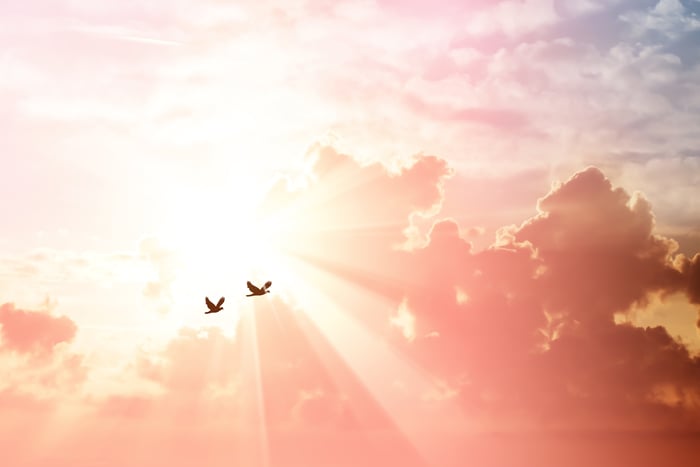 In spite of the market's general moodiness, Monday was an eventful day for pharma stocks. One of the sector's big stars was Nektar Therapeutics (NASDAQ:NKTR), which blasted 13% higher.

The relatively smaller, more specialized pharma companies are dependent on the progress of their drug candidates -- which is fortunate for Nektar, as it announced Sunday night at an industry conference that its immunotherapy treatment NKTR-255 is showing promise in pre-clinical research.

Immunotherapy is a form of treatment that aims to boost the response of the body's immune system to health threats. Over the past few years it has become a hot area of research into cancer treatment. NKTR-255 targets certain types of myeloma and lymphoma.

If this early promise of NKTR-255 ends up being fulfilled, the drug could become a significant weapon in the war on cancer -- and, of course, drastically boost Nektar's fortunes. But as with many other peer stocks, Nektar is very much a roller coaster, and we're still far from the completion of clinical trials. I'd hold off on this stock until we learn more.

Another Monday winner was software-as-a-service company Cloudera (NYSE:CLDR), which saw its stock close nearly 4% higher on the day.

The company continues to bask in the glow of its Q3 of fiscal 2020 results, delivered late last week. For the quarter, the company showed robust revenue and subscription growth. It also posted a bottom line that, while a loss, was significantly better than analyst expectations.

What's really igniting growth is the late-2018 "merger of equals" with data software company Hortonworks. For this full fiscal year, Cloudera is anticipating revenue improvement of almost 50%; such is the power of what's effectively a large-scale asset buy.

However, Cloudera's expenses continue to be a worry. They're rising due in no small part to stock-based compensation, and much of that comes from the absorption of the similarly loss-making Hortonworks.

This line item stood at over $54 million for the quarter, which is a rich 27% of the company's revenue for the period. Both the total amount and percentage are down from the previous quarter ($67 million and 31%, respectively), but they're still enough to help drive Cloudera down into the red.

I think the company is quite capable and sensible, as evidenced by the successful recent rollout of its cutting-edge Cloudera Data Platform. But it's far from the only cloud enterprise solutions provider on the block, and in my mind it's yet to prove that it can consistently and reliably make a buck. I wouldn't be a buyer of this stock.