Shares of Fate Therapeutics (NASDAQ:FATE) jumped as much as 45.8% today after the company gave investors what they've long craved: data.

The company is developing novel immunotherapies based on natural killer (NK) cells, whereas most drug candidates in the industry's pipeline rely on T cells. NK cells have numerous inherent advantages but have delivered mixed clinical results to date for competitors, so investors approached the pharma company with caution. That all changed today.

Fate Therapeutics is making six presentations at the Annual Meeting of the American Society of Hematology (ASH). The first handful was made over the weekend and show that the company's was to cellular medicines has promise. 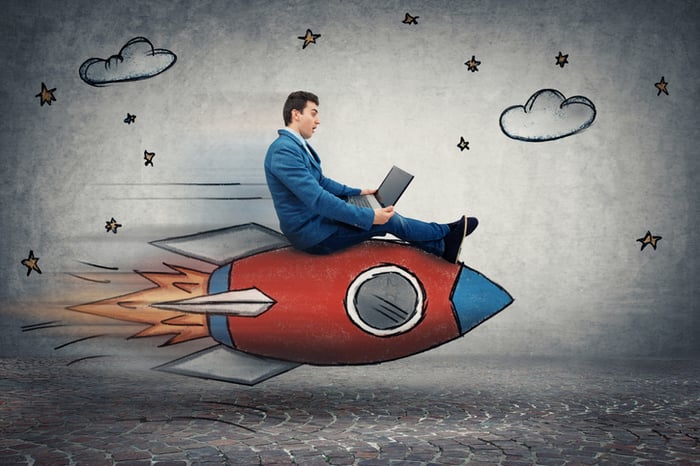 Fate Therapeutics reported that FT516 wiped out any signs of cancer in the first AML patient to receive treatment. A follow-up from the first patient with high-risk diffuse large B-cell lymphoma (DLBCL) is pending.

Meanwhile, the first 12 patients to receive FT500 showed little to no sign that their bodies were rejecting treatment. That's a concern for cellular medicines, which are at risk of being (correctly) identified as foreign cells by the recipient's immune system, and it's one of the obstacles NK cells inherently overcome. A separate, smaller population of patients in the study that received only FT500 achieved stable disease at best, but all of the individuals have advanced cancers.

The preclinical update for FT596 was only in mice, so investors can't really get excited yet. Studies show that when administered as a monotherapy, the asset achieved comparable response rates in lymphoma to CAR-T cells. That suggests it may have the same activity as the current best-in-class treatment in addition to the advantages of NK cells. A combination of FT596 and rituximab demonstrated potent tumor clearance, again in a preclinical model. The company expects to begin clinical trials in early 2020.

Fate Therapeutics ended September with $303 million in cash following a large public stock offering made in the third quarter of 2019. Therefore, investors might not expect the business to turn back to dilutive fundraising efforts despite its soaring stock price, although it cannot be ruled out. The company has a whopping 13 programs in preclinical and clinical development. It could be on the lookout for a well-funded partner or two, but it could also tap the public markets again to pursue a go-it-alone strategy. No matter the course ahead, this cellular medicine pioneer is starting to show that its ambitions might not be misplaced.

Fate Therapeutics Soars as Much as 45.8% After Giving Investors What They Wanted @themotleyfool #stocks $FATE Next Article
Current