Celebrating its 150th anniversary this year, Goldman Sachs (NYSE:GS) is the oldest investment bank still operating under its own name. The company has weathered several crises and is still the top dealmaker and underwriter in the U.S. But despite a name with clout and billions of dollars in investments, the firm's operations have suffered with new regulatory legislation, and its share price has been volatile over the past decade.

One of the ways execs have attempted to revive business was the introduction of a consumer banking division it called Marcus, named for company founder Marcus Goldman. Three years into its launch, Marcus has seen mixed results, and it's not clear whether that will improve over time. 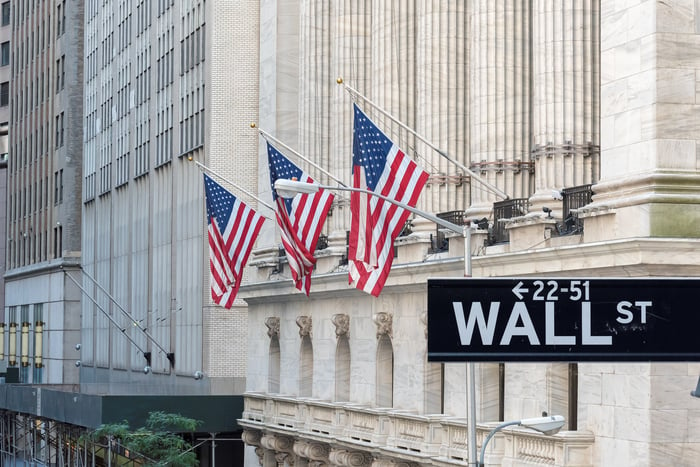 Marcus is an online banking platform specializing in unsecured loans and savings accounts. It has branches in the U.S. and the U.K., and clients can get loans of up to $30,000 for two to six years. Clients can open an account with as little as $1. The goal of Marcus is to offer customers an uncomplicated banking experience with ease of use and no hidden fees.

Customers have flocked to the start-up, depositing $55 billion to date, and the bank has given out almost $5 billion in loans. Marcus got top marks from J.D. Power and Associates in personal loan satisfaction in a 2019 study. Goldman Sachs CEO David Solomon said, "We are very pleased to our progress in building a modern digital consumer bank."

Superficially, this seems like an excellent venture. So what is there to worry about?

Getting lost in the crowd

To build itself up, Marcus has acquired no fewer than four companies in its three years of existence. According to The Wall Street Journal, it has racked up $1.3 billion in debt from these purchases as well as call center operations, tech expenses, and uncollected debt from loan defaults. Right now, Goldman Sachs is expecting to see the expenses pay off within three to five years.

Recently, Marcus teamed up with Apple to offer a highly touted credit card that is meant to be customer-friendly. But as it aims to grab as many clients as it can, it's been less than perfectly organized about who it's taking, resulting in customers with lower-than-average credit scores.

In addition, there's a large -- and growing -- number of similar companies already engaged in alternative online banking, with fintech already its own classification. While Marcus is not a fintech per se, it is grouped into the online finance category, which is becoming increasingly saturated. Banks such as Simple, Varo, Chime, and HMBradley are only a small sample of the wide array of choices for customers looking for a challenger bank.

Goldman Sachs may see itself as the powerhouse option in this space, especially considering the money it can spend on Marcus. But the millennials it's targeting are less likely to care or even know about the institution's history.

While the company did a tremendous amount of research in forming Marcus, it still might lack the ability to meet this market on its own turf. And the program did get rolled out within one year of its original conception, so it continues to take shape as it grows.

Goldman Sachs is a name associated with institutional, high-end finance. The company was the bright star of Wall Street for nearly a century as the biggest player in initial public offerings and the dominant presence on the trading floor. Even recently, its institutional client services and investment banking divisions together accounted for nearly 60% of its revenue in the third quarter of 2019.

With new regulations, much of the profit from trading has come to an end, but the company still reigns as king in mergers and acquisitions. Rivals such as JPMorgan Chase and Citigroup have successful consumer banking divisions that have not detracted from their cachet as senior financial groups, and Goldman Sachs wants to get in on that, too. But while those groups formed more naturally in their ascensions, Goldman Sachs was already at the top, and this is necessarily a diminishing of its status.

Closing down Marcus would result in taking the $1.3 billion already shelled out as a loss, but that might stem the hemorrhage before it takes a larger toll on the company's coffers and let Goldman Sachs wipe the slate clean and go back to what it does best.