It is, or was, arguably the epitome of Wall Street. Not only is it a name most people recognize, but it's a company that often serves as the investment banking industry's gold standard.

Today's Goldman Sachs (NYSE:GS), though, isn't the Goldman Sachs of yesteryear. Aside from the fact that long-tenured and well-loved Lloyd Blankfein stepped down as CEO a little over a year ago, public offerings are slowing down. Indeed, the overall global economy appears to be decelerating, acting as a headwind for all of the organization's business lines. Not even its powerful name can repair the failing environment in which it has to operate.

The value argument holds enough water. The stock's valued at less than 10 times the company's trailing per-share profits and sports a forward-looking P/E of less than 10, as well. The dividend yield of just under 2.3% isn't too shabby, either. Shares of rival banking corporations JPMorgan Chase cost more, while those of Bank of America yield less. 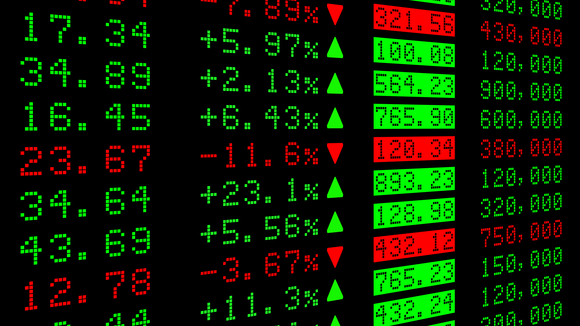 There's a reason investors have fallen -- and remained -- out of love with the former Wall Street icon, though. This is not the Goldman of years gone by. It's not Blankfein's Goldman, either -- nor that of Henry Paulson, who was at the helm from 1999 to 2006 to guide the company through two huge economic booms. This is now David Solomon's Goldman Sachs. Although an experienced investment banking executive with Goldman when he took charge of that unit in 2006, Solomon is in charge at a time when underwriting and advisory is arguably one of the company's least important businesses. Investment banking revenue is down 8% year over year through the first three quarters, and was off by 15% in the third quarter alone.

That's not a dig against Solomon. The trend merely reflects a waning number of initial public offerings. Rather, it's to say that Solomon's core strength does his company the least amount of good right now and at a time when things could get worse. Should investors and other would-be filers decide IPO disasters like SmileDirectClub and Uber Technologies are a sign of a cyclical peak (for buyers as well as sellers), the public funding market could continue to shrink.

It matters more than a little. Corporate fundraising makes up roughly one-fifth of Goldman's total business, which means even a moderate headwind on this front could take a measurable toll on the top and bottom lines.

Growth is nowhere to be found, just headaches

Goldman Sachs isn't just investment banking, of course. It's no longer institutional banking aimed at huge clients, either. However, the move toward more ordinary consumers hasn't exactly been a smashing success.

Blankfein launched it as part of an entry into the consumer banking arena, and Solomon has since expanded the company's online banking app called Marcus. Earlier this year, the app earned accolades from J.D. Power, which ranked Marcus No. 1 in its "personal loan customer satisfaction" category of product reviews.

Marcus, and the consumer banking operation it represents, still isn't gaining the traction it was meant to garner, however. That business has lost more than $1 billion since its inception in 2016, and although billed as "the most successful credit card launch ever" and meant to bring more consumers into Goldman's ecosystem, the so-called Apple Card -- which has been accused of offering different credit limits to men and women with comparable risk profiles and credit scores -- has turned into a nightmare. The accusations of a biased algorithm may or may not be accurate. But the accusations could be enough on their own to serve as another stumbling block for Goldman's consumer-facing efforts. 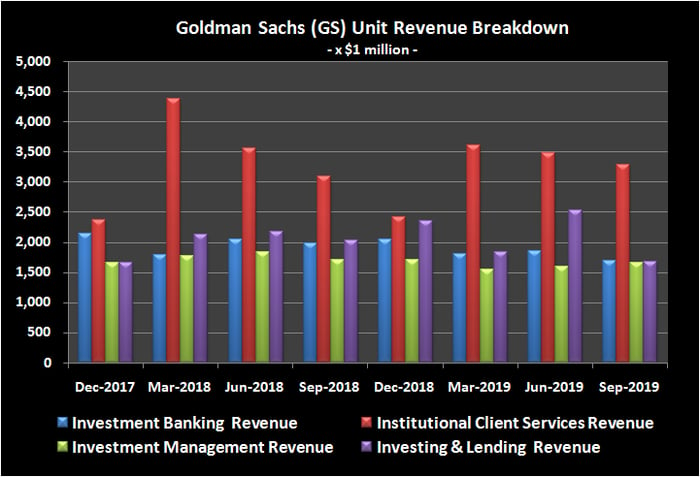 It's difficult to ferret out how matters might be different were someone else in charge. No CEO can alter the economic landscape, and a chief with more conventional lending and banking experience than Solomon has may boast less investment banking experience. There are always trade-offs, even in the managerial ranks.

The possible alternatives are mostly irrelevant, though. Any Goldman CEO trying to reset Blankfein's mark at a time when the economy is uncertain -- and when employees feel more empowered to follow their hearts rather than their leader -- would run into this sort of headwind. Never mind the lackluster top- and bottom-line outlooks through early next year. 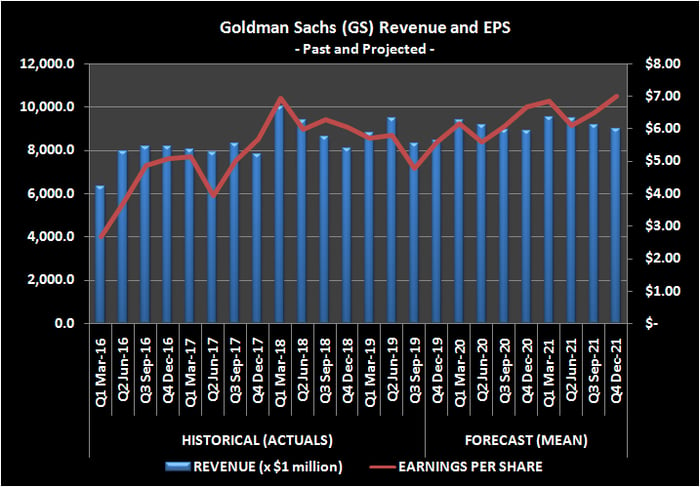 This, too, shall pass. Analysts are even modeling a rebound of sorts in 2020 and into 2021. But until 2021's evidence materializes, investors can pass on Goldman Sachs despite its reputation and highly recognizable name. More reliable options from the sector are out there.