Shares of PDL BioPharma (NASDAQ:PDLI) were soaring 22.2% higher as of 11:28 a.m. EST on Monday. The surge came after the company announced the completion of its strategic review process. PDL said that it planned to "halt the execution of its growth strategy, cease additional strategic investments, and pursue a formal process to unlock value by monetizing the Company's assets and returning net proceeds to shareholders."

The future for PDL BioPharma has been cloudy ever since the company's patent royalties expired a few years ago for several top-selling drugs, including Biogen's multiple sclerosis drug Tysabri. PDL set out on a strategy to invest in other drugmakers with the hopes that those investments would pay off for shareholders. 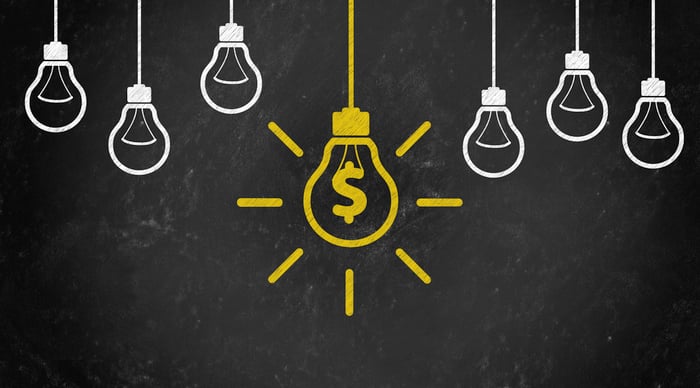 However, many investors questioned that approach. There are risks associated with such a strategy, and it could take a long time for the investments to pay off. PDL CEO Dominique Monnet acknowledged those risks, stating that the company "concluded that a monetization process will unlock value more quickly and with greater certainty for the benefit of all PDL shareholders."

The company plans to look at several potential options, including selling the business outright, divesting assets or businesses, conducting a spin-off, or a combination of some of these alternatives. PDL BioPharma has a cash stockpile of around $294 million. The company's cash and other assets, including its stakes in cataract and astigmatism laser surgery provider LENSAR and Evofem Biosciences, arguably make PDL worth significantly more than its recent market cap.

Investing in biotech stocks always comes with risks, but the risks for PDL BioPharma have been greater than most in recent years because of the unusual position the company has been in. Keep in mind, though, that the risks for PDL haven't evaporated because of today's news. The company's plans still might not pan out. PDL acknowledged that "there can be no assurance that one or more transactions will result from this process."

The company also hasn't set a definitive timeline for implementing its new strategy. In the meantime, don't expect to hear more details. PDL said that it doesn't intend to make any additional comments until it thinks that it's "necessary or appropriate to do so."