On Apple's (NASDAQ:AAPL) earnings call in October, CEO Tim Cook announced that the company was working on a way to finance iPhone purchases with Apple Card, the credit card that Apple introduced earlier this year. The Cupertino tech giant has now launched that promised financing plan, offering 0% financing over the course of 24 months. 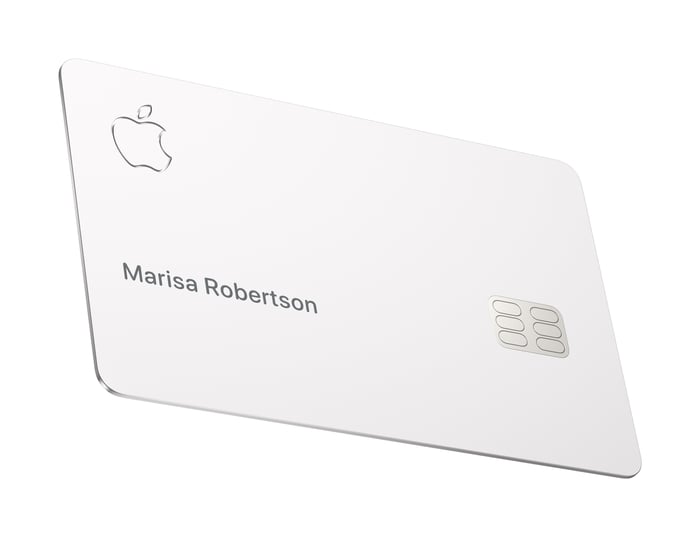 The new financing plan can be managed entirely within the Wallet app, where consumers can see their monthly payments and remaining balance. The financed amount is simply spread out equally over 24 monthly payments, with each installment being included in the normal minimum payment for other Apple Card spending. Apple is trying to streamline the iPhone purchasing process as much as possible.

"And one of the things we are doing is trying to make it simpler and simpler for people to get on these sort of monthly financing kind of things," Cook had said. "That's a part of what we announced with the Apple Card earlier in the call and so we are cognizant that there are lots of users out there that want sort of a recurring payment like that and the receipt of new products on some sort of standard kind of basis and we are committed to make that easier to do than perhaps it is today."

Buyers will get the associated Daily Cash cash back all up front. Apple also kicked off a holiday promotion that offers a generous 6% Daily Cash for all Apple purchases through the end of the year. iPhone purchases normally qualify for the highest 3% tier of Daily Cash. The Mac maker has been adding merchants to that cash-back tier in recent months.

Save 6% on gifts at Apple this holiday season. 🎁

Through December 31, get 6% Daily Cash back on iPhone, AirPods Pro, MacBook Pro, and more. Apply now.

An abundance of financing options

As the issuing bank for Apple Card, Goldman Sachs could gain a foothold in the $18.5 billion market for U.S. smartphone receivables, which are frequently bundled together and securitized into asset-backed securities for bond investors. Securitizing things is kind of what Goldman Sachs does.

Wireless carriers would highly prefer that customers use their installment plans instead of Apple Card financing, since those installment plans are now the primary method of tethering consumers. Anyone that finances their shiny new iPhone with Apple Card will have much more flexibility to switch carriers, and it remains to be seen what kind of uptake Apple will ultimately see with the new program.