It was a tough quarter for Ollie's Bargain Outlet Holdings (NASDAQ:OLLI) -- not so much from an earnings perspective but due to the loss of its CEO and founder Mark Butler. Financial performance means very little compared with the untimely passing of a successful businessman, but the executive left his company with a strong third-quarter performance.

Ollie's had solid top-line growth thanks to its expanding store network.

Comps are still an underlying issue

The stock was up over 10% in after-hours trading following the earnings release. While the quarter certainly did deliver in terms of earnings, there is still an issue with comparable-store sales. With comps declining by 1.4% in the third quarter, it represents a disquieting contrast to last year's third-quarter comps growth of 4.6%. By and large, Ollie's has been depending on new store openings to drive top line growth, while the established business seems to be showing a bit of weakness. 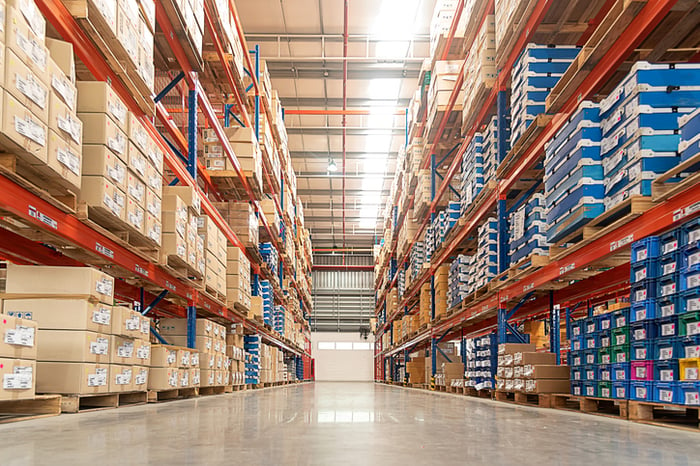 Guidance for the year doesn't provide much in terms of correcting the problem. Full-year comps are expected to decrease in a range of 0.5% to 1.5%. Overall, this isn't a problem yet. Ollie's is still putting together strong revenue growth overall, and the stagnant comps have been a short-term trend relative to the company's performance over the past few years.

With a strong balance sheet holding $10.1 million, Ollie's has avoided any borrowing from its $100 million credit facility. Considering there is $96.2 million accessible under that credit facility, the retailer has a great deal of capital at its disposal. Cash flow was a little more of a concern, with free cash flow decreasing by $68.4 million.

The new CEO has experience with the company

After the untimely death of Mark Butler, John Swygert, formerly the company's COO, has taken over as CEO and president. Considering how involved Swygert was with the company prior to Butler's death, I feel confident that things will continue to proceed as they have.

Regarding the stock, the only real concern apart from the short-term comps trends is the valuation. Shares trade at a hefty 30 times forward earnings estimates. Granted, there's upside potential here. Full-year guidance provided with the third-quarter results included adjusted earnings of $1.95 to $2.00 per share. These figures exclude tax benefits from stock-based compensation, as well as gains from an insurance settlement.

Given the earnings surprise reported today, along with the potential for the holiday quarter, Ollie's might surprise us again. I consider the stock a good buy, but keep an eye on comps going forward.

In the Wake of a Tragedy, Ollie’s Bargain Outlet Reports a Strong Third Quarter @themotleyfool #stocks $OLLI Next Article
Current