Pity investors who've stuck by GameStop (NYSE:GME) stock through its years-long decline. They're getting punished, not rewarded, for their loyalty today, as the consumer discretionary stock has plunged 18.2% (through 10:40 a.m. EST) after a truly miserable fiscal Q3 earnings report.

Heading into earnings, analysts had expected GameStop to report a pro forma, per-share profit of $0.11 on sales of $1.62 billion. Instead, GameStop reported a $0.49-per-share loss on sales of just $1.44 billion. (And that was just the pro forma number. Calculated according to generally accepted accounting principles or GAAP, GameStop lost $1.02 per share). 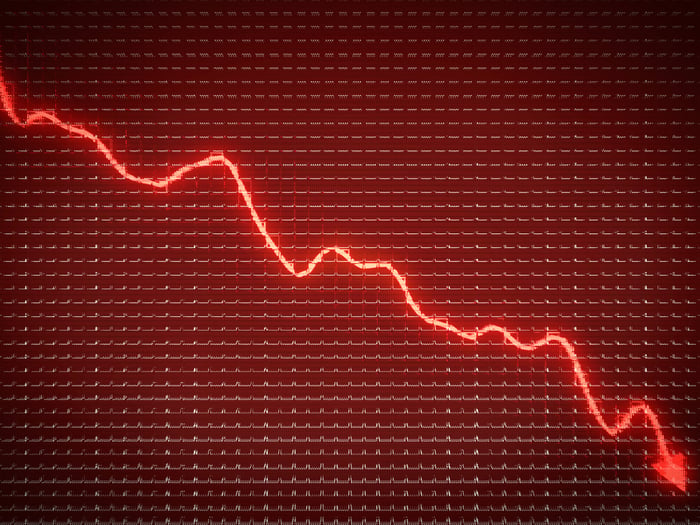 Q3 sales at GameStop fell 26%, with a 46% decline in hardware sales and a 33% decline in software sales. The company's loss was less steep than the $4.78-per-share loss it reported in the prior-year quarter -- but still really, really bad.

GameStop CEO George Sherman blamed the bad news on "prevailing industry trends, most notably the unprecedented decline in new hardware sales seen across the market." With "console makers set to introduce new and innovative gaming consoles late next year," gamers are keeping their wallets in their pockets and spending little on either consoles or games at GameStop currently. Worse, says Sherman, "we anticipate this trend to continue until the fourth quarter of 2020."

What does that mean in dollars and cents? Instead of the $1.21 per share that Wall Street had been forecasting GameStop to earn this fiscal year (or the $1.15 to $1.30 per share that GameStop itself had foreseen) GameStop now predicts it will wrap up this year earning just $0.10 to $0.20 per share, pro forma -- a reduction in guidance of more than $1 per share, or about 88%.

The worst news of all? If this is how things truly pan out, and GameStop earns only about $0.15 per share this year, then even after today's steep decline, at a sticker price of $5 and change on the stock, GameStop would still be selling for roughly 35 times the earnings from a cratering business.

Cheaper GameStop may now be -- but it's still not cheap enough to risk buying.