Please ensure Javascript is enabled for purposes of website accessibility
Log In Help Join The Motley Fool
Free Article Join Over 1 Million Premium Members And Get More In-Depth Stock Guidance and Research
By Evan Niu, CFA - Dec 11, 2019 at 11:00AM

It's been about six months since Apple (AAPL 4.08%) unveiled its Mac Pro at its annual developer conference, WWDC. After conceding that the previous "trash can" Mac Pro suffered from design flaws in its thermal system, the new "cheese grater" Mac Pro is positioned as a professional powerhouse designed for extremely high-end use cases. All investors knew initially was that the machine would start at $5,999, but Apple has now revealed all of the pricing and configurations ahead of shipping the product later this month. 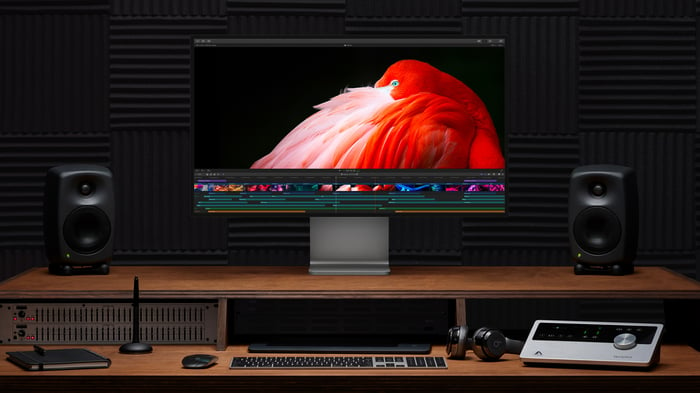 Maxing out the system with all the bells and whistles -- including the most powerful Intel Xeon processor, 1.5 TB of memory, and Apple's Afterburner card -- brings the total price to a wallet-busting $52,599. SSD storage currently tops out at 4 TB, but Apple says an 8 TB option is coming soon, which will likely push the potential maximum price even higher.

The most expensive option is the 1.5 TB of memory, which Apple has priced at $25,000. The company has a reputation for price gouging when it comes to memory. The good news is that unlike Macs, which have soldered memory, the Mac Pro is meant to be user-configurable; that amount of memory can be bought separately from third-party merchants for under $18,000. 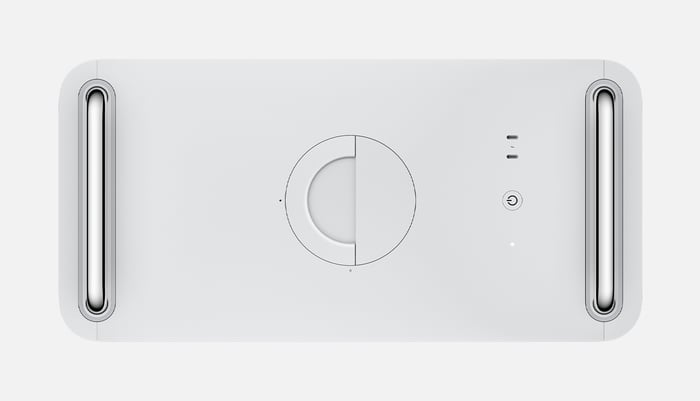 Keep in mind that Apple's new Pro Display XDR is not included in that total. The professional monitor is sold separately and starts at $4,999, which also doesn't include the $1,000 Pro Stand. There is also a $1,000 option to add nano-texture glass to the Pro Display XDR, which is supposed to reduce glare more than traditional matte displays.

Obviously, the average consumer is not the target market for the Mac Pro. In recent years, Apple has been testing the limits of its pricing power, most famously with $1,000 iPhones. The tech company has been slowly ratcheting prices up throughout its entire product portfolio. The entry price of products ranging from the iPad Pro to the Mac Mini have climbed significantly. This year's iPhone 11 price drop was a welcome reprieve from the increases.

While unit volumes for Mac Pro will naturally be much lower than consumer-oriented offerings, the exorbitant pricing could help boost average selling prices (ASPs). Apple stopped disclosing unit volumes and ASPs about a year ago, but Mac ASPs had already been starting to climb higher since 2016. 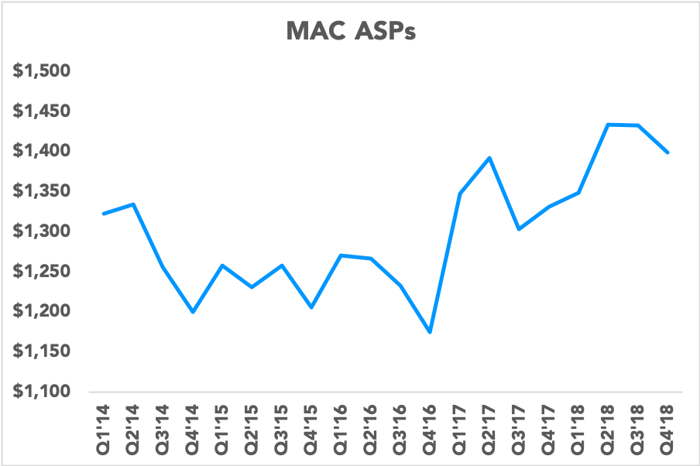 Apple is leaning more on Pro branding these days, and targeting creative professionals that need all that raw computing power is about to pay off big time.