Q4 is critical for Amazon.com (NASDAQ:AMZN). The quarter, which includes the important holiday season, is always the e-commerce giant's biggest quarter of the year. In years past, fourth-quarter results have habitually featured quarterly record sales as the company benefits from Amazon's rapid pace of execution and innovation and the overall secular tailwind from the rise of e-commerce.

The fourth quarter of 2019 should be no exception.

Here are two reasons investors should expect another record quarter from Amazon. 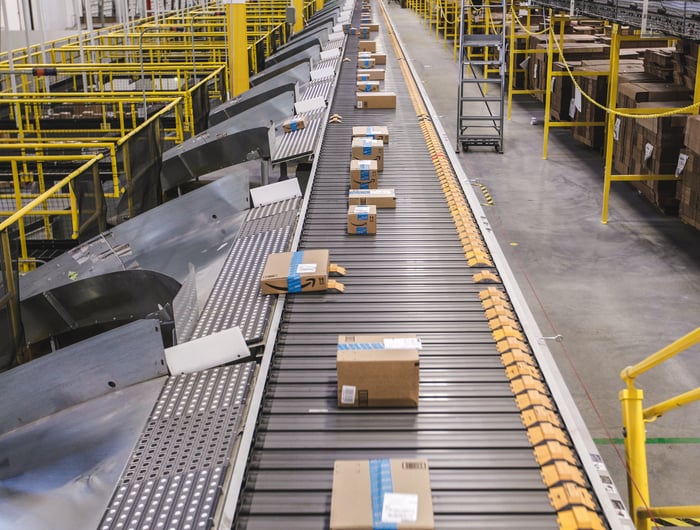 1. The rollout of one-day shipping

In 2019, Amazon has been aggressively rolling out one-day shipping to more geographies. Management's goal is to make one-day shipping the new standard for Prime as opposed to its previous reputation for two-day shipping. While this is a costly transition, it's driving sales growth as customers respond to increased convenience.

"Customers love the transition of Prime from two days to one day -- they've already ordered billions of items with free one-day delivery this year," explained Amazon CEO Jeff Bezos in the company's third-quarter earnings release. "It's a big investment, and it's the right long-term decision for customers."

Management unsurprisingly expects one-day shipping to be a boon for its fourth quarter. In the company's third-quarter earnings call, management listed one-day shipping as one of the reasons Amazon was able to confidently guide for record fourth-quarter sales.

Further, investors already have a glimpse (albeit a limited one) into some of the company's performance during Q4.

Earlier this month, Amazon announced that Cyber Monday was the company's biggest shopping day ever. Further, the company's Black Friday sales were higher than they've ever been. In total, "hundreds of millions" of items were ordered between Thanksgiving and Cyber Monday, Amazon said.

Other key takeaways from Amazon's press release about its strong sales between Thanksgiving and Cyber Monday:

Amazon management is guiding for fourth-quarter revenue to be between $80 billion and $86.5 billion -- 11% to 20% higher than in the year-ago quarter. This would mean Amazon would crush its current record (set in the fourth quarter of 2018) for quarterly sales of $72.4 billion.