The past 12 months for Stamps.com (NASDAQ:STMP) tell two different stories. Following the company's announcement in February that it was giving up its exclusive deal with the U.S. Postal Service, its stock price dropped from $198.08 to $83.65 in a single market day, on its way down to $33.47 by the end of May. On the other hand, its recent announcement of a special partnership with UPS and indications that favorable rates will continue with USPS through at least 2020 have renewed some investors' confidence.

Is Stamps.com still in rough shape after losing its primary business partner, or is it an undervalued gem showing adaptability, resilience, and a far-sighted management team? 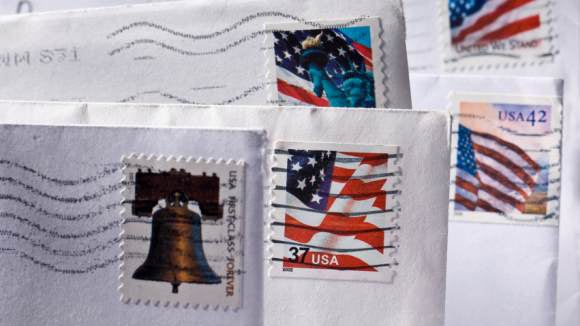 The U.S. Postal Service is having trouble competing in a shipping marketplace that's gotten used to two-day delivery -- or faster -- and Stamps.com CEO Ken McBride said as much as he explained why his company was ending its exclusive partnership with the USPS to pursue a wider range of shipping options. "We've decided to discontinue our shipping partnership with the USPS so that we can fully embrace partnerships with other carriers who we think will be well-positioned to win in the shipping business in the next five years," he said in the company's Feb. 21 earnings call.

So Stamps.com's announcement of a special partnership with UPS on Oct. 21 was right on time, reassuring investors and customers alike and putting users in a better position to make decisions ahead of the increased shipping needs of the holiday season.

This deal is extensive in that it provides instant access for all Stamps.com customers to benefit from huge discounts without needing their own relationship with UPS. The discounts are up to 55% off the daily UPS rates, and this starts with the very first package. The deal is also non-exclusive, meaning customers will see rates from other carriers, including USPS, and can choose the best option for them. Before, with the USPS exclusivity agreement, customers were somewhat limited when choosing a different carrier.

This move to a multi-carrier focus has changed Stamps.com's potential market from $20 billion a year (USPS) to $100 billion a year (USPS, UPS, and FedEx), according to the company. McBride said in the latest earnings call, about a month ago: "We're exceptionally well positioned to continue to drive our organization in this new direction. We are very confident we will become the global leader in multi-carrier e-commerce shipping."

As the company rolls out more platform tools to give better access to UPS and other carriers, it will capture more of that expanded U.S. market and make better headway into the global shipping market. For instance, on Sept. 5, Stamps.com rolled out a new international shipping service, Global Post. This is a custom network of domestic U.S. carriers coupled with international carriers and postal systems giving more economical options versus the traditional country-to-country postal network.

What do the financials reveal?

The improved product offerings and sales outlook sounds great, but do the numbers support the optimism?

Year-over-year comparisons are a little tricky right now because of the move away from the USPS and toward UPS. To some extent, management expects the losses to be offset in the short term and revenue to increase in the long term. The key numbers to watch will be comparing the net income and EBITDA from 2019 to 2020.

The fate of the business

Although Stamps.com's decision to walk away from its core relationship with USPS was shocking to the market, the company believed it had only two options: ride out a dying wave with USPS or paddle back out to sea looking for a better one. Management's tough choice should help the company continue to evolve in profitable new ways.