A prediction that Netflix (NASDAQ:NFLX) would lose 4 million subscribers in the United States in 2020 has ignited a debate over whether the streaming leader should add a cheaper ad-supported pricing tier. The reality is that Needham analyst Laura Martin, the person who made that prediction in a note to clients, has severely misread the market.

Netflix will face increased streaming service competition in 2020 from Walt Disney, Apple, Comcast, and others. That may put some pressure on the company's growth and increase its churn rate, but it's silly to think that Netflix will go from adding 2.1 million U.S. subscribers through three quarters of 2019 to losing 4 million next year.

Martin has underestimated Netflix's content volume advantage, and she clearly does not understand its place in the market. The streaming leader has become a default for consumers who have cut the cord, and many who have not. That makes it very unlikely that added competition will cause people to leave -- but that does not mean Netflix should not consider an ad-supported tier. 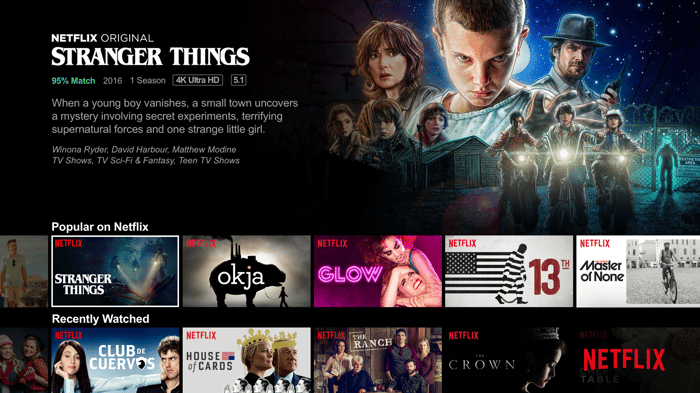 Netflix does not need ads, but offering them as an option makes sense. Image source: Netflix.

Netflix may not need an ad-supported pricing tier to hold onto its subscribers, but it should consider one anyway. The key is not imposing ads on customers happy with their current subscriptions. Instead, Netflix should consider adding an ad-supported tier for consumers who would gladly watch a few minutes of advertising in exchange for paying a lower price.

This isn't about fighting off competition. It's the streaming service offering more choices for consumers. Some subscribers likely enjoy not having to see any advertising, and don't mind paying for that privilege. Others may consider well-targeted ads an added value (like coming attractions at a movie theater), and some may simply want to save a few bucks.

The goal for Netflix -- and really for any subscription-based company -- should be offering options that appeal to the broadest array of people. A  cheaper tier with ads won't harm the overall full-price product, and the company should be able to set its pricing so it makes the same money on each customer no matter what tier they opt for.

Ads don't have to be the enemy

Would you sit through a 10-minute advertising pitch each month to save 10% on your electric bill? Would you consider watching commercials while having your teeth cleaned if your dentist gave you 25% off your bill?

Any business should look at how it can use pricing to bring in a wider audience. Netflix has nearly saturated the U.S. market and offering a lower-priced tier almost certainly expands its customer base. The company does not need to make this move, but adding an ad-supported, cheaper tier will make it attractive to people who currently balk at its price tag. Yes, some current customers will downgrade to the new tier -- but that's revenue-neutral, and it may help lower overall churn numbers.

This is a rare case when a company can have its cake and eat it too. Netflix does not harm its business by offering a separate ad-supported tier for a cheaper price, and it will open itself up to more consumers who are limited (or just cautious) when it comes to discretionary spending.