Please ensure Javascript is enabled for purposes of website accessibility
Log In Help Join The Motley Fool
Free Article Join Over 1 Million Premium Members And Get More In-Depth Stock Guidance and Research
By Rich Duprey - Dec 13, 2019 at 9:00AM

Hunters and gun buyers will need a new place to shop if the retailer accelerates its departure from the category.

It's no secret that Dick's Sporting Goods (DKS 0.14%) has soured on guns. Almost two years after declaring it would stop selling certain kinds of firearms and then eliminating the hunting department from a number of its stores, the sporting goods retailer continues to say the matter is under review.

Yet after reporting third-quarter earnings last month, it's clear it is only a matter of time as to when Dick's will stop selling all firearms and hunting merchandise. Investors may want to consider the comparatively smaller Sportsman's Warehouse (SPWH -1.84%) as a potential winner afterward. 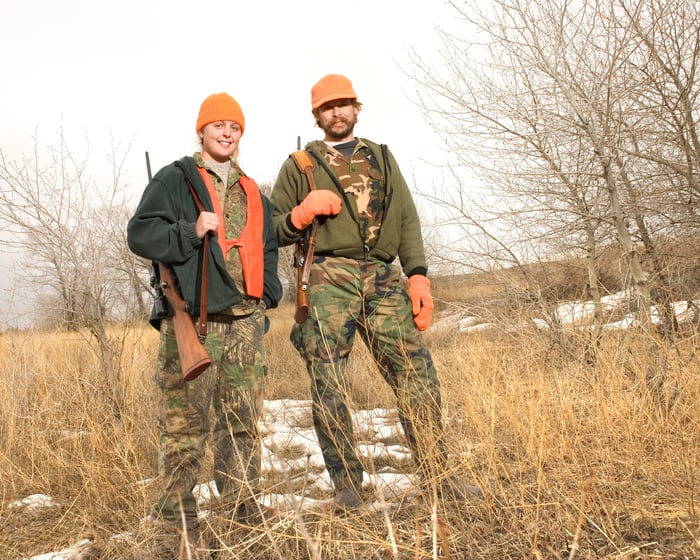 A change in outlook

Dick's Sporting Goods' separation from the gun market has not been without its problems. The retailer not only halted the sale of the most popular type of rifle in the country, but also hired lobbyists to seek stricter gun control laws, causing a seemingly permanent rift with the firearms community. Sales fell not only in its hunting department, but in a number of other departments as gun owners stopped shopping its stores.

But faced with a crumbling customer base for its hunting business, Dick's began eliminating the hunt category from its stores, first from just a handful and then 125 stores by the end of this year's second quarter. It also announced its intention to shed its 35 hunting-oriented Field & Stream stores, selling eight of them to Sportsman's Warehouse.

In place of hunting gear and accessories, it installed equipment for team sports, athletic footwear, and athletic apparel, including several new private label brands. The results have been very positive. Sales soared, with comparable-store sales up 6% last quarter. And because the new merchandise carries higher profit margins than hunting gear, gross margins expanded 140 basis points to 29.59% in the third quarter.

That makes it only a question of when, not if, Dick's gets rid of firearms and hunting gear from all of its stores, which should benefit Sportsman's Warehouse. In fact, it already has.

Where it comes into its own

In its own third-quarter earnings report, Sportsman's Warehouse reported its sales jumped nearly 9% and comps rose 5%, as hunting-related categories of fishing, camping, and apparel all enjoyed healthy sales increases. It also saw a 4% increase in firearms sales.

It seems hunters and gun buyers have found a new home, and the market has responded in kind, with the retailer's stock more than doubling over the past six months. Still, investors have an opportunity.

During Sportsman's Warehouse earnings conference call, CEO Jon Barker noted that while it has benefited from an improving sales picture from "large competitors currently de-emphasizing the hunting and shooting categories," those actions were also "creating short-term sales headwinds" that will be felt through at least the fourth quarter.

As the competition sells down its inventory, it is creating pressure on Sportsman's Warehouse's own sales, and it could be a longer headwind than just one or two quarters.

The risks and opportunities

The 125 stores from which Dick's has removed the hunting department represent just 15% of its 850 stores. While the retailer will undoubtedly seek an orderly exit from that niche market, it obviously still has a much large supply of inventory to sell down, and that could lead to a sustained headwind for Sportsman's Warehouse.

But Dick's has to be strategic, too, since the hunting category tends to do better only in certain quarters. It's also partly why it wants to become an all-seasons retailer, so putting large quantities of merchandise on the market when it can't benefit from heavier traffic patterns could undermine its own profit goals.

Despite the gain its stock has made, Sportsman's Warehouse still trades at a hefty discount. It goes for just 12 times estimated earnings and a tiny fraction of its sales. Because it is in expansion mode again, represented by the acquisition of the Dick's stores, and analysts see it increasing earnings at more than 20% annually for the next three to five years, the retailer looks like it offers plenty of room to grow.