There have been a lot of scary headlines about the next recession. And yet right now the economy is doing quite well. The employment numbers are amazing. Interest rates are very low. Nonetheless, economists are forecasting that growth will slow in 2020.

What if it doesn't? What if the employment numbers remain robust, the job market thrives, and employees get paid more?

In that scenario, high-end consumer stocks should do very well. If our economy keeps humming along, here are two stocks that might surprise to the upside: Farfetch (NYSE:FTCH) and Malibu Boats (NASDAQ:MBUU). 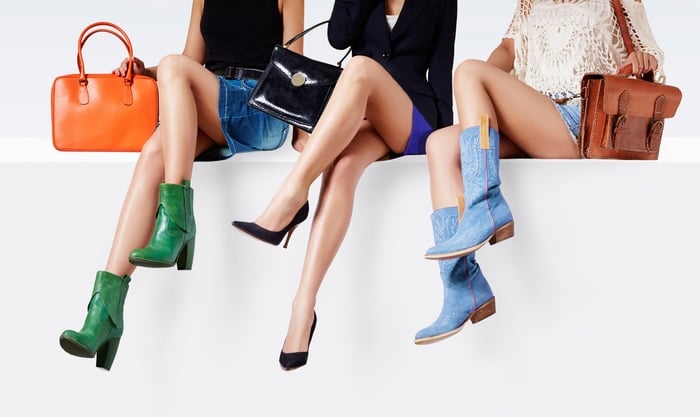 Farfetch is the dominant internet platform for high-end fashion. On its website you can find boots from Jimmy Choo ($1,495), a handbag from Saint Laurent ($2,290), or a miniskirt from Givenchy ($1,895). It's not the sort of business that does well in a deep recession. That's probably why the stock has been hammered, down 66% since its initial public offering. The market is expecting a future recession to hurt this industry and take Farfetch down with it.

So far, however, business has been outstanding. Farfetch has had revenue growth of almost 90% from a year ago. While the company is still scaling to profitability, it has a highly attractive business model. As a virtual fashion platform, Farfetch carries very little inventory, so it avoids one of the great risks of retail. And it's already a dominant internet website with a strong brand. Like eBay or Nasdaq, Farfetch enjoys powerful network effects that make it almost impossible to compete with them.

Farfetch is able to charge a high commission (25%-33%) for every sale made on its website. And the 3,000-plus brands on its site are willing to pay that commission because Farfetch is where 1.9 million people go to shop for high-end fashion. The company will bring in almost $1 billion in revenues this year.

While that's a lot of money, it's only a sliver of the market opportunity. Luxury goods are a $300 billion market right now. Farfetch has a gigantic total addressable market. And the vast majority of Farfetch's competitors are old-fashioned brick-and-mortar retailers who have inventory risk. And none of those retailers have efficiencies of scale such as Farfetch enjoys.

At $9.55 a share, the stock is dirt cheap. Shares are selling for only twice the book value and three times revenues. Management is forecasting robust growth, so the price is way below the rate of growth; Farfetch has a price-to-earnings-growth (PEG) ratio of 0.24. The share price seems to assume that we are heading into a deep recession and that women won't be buying expensive clothes anytime soon. Smart shoppers might say this is exactly the time to be looking for a steal.

Let's go shopping for a speedboat

Malibu Boats are fun, fun, fun. But they're also pricey, pricey, pricey. For instance, the 2019 Malibu Wakesetter 25 LSV starts off at $133,000. That is not cheap. You have any kind of recession, even rich people might decide to go shop at Porsche instead. Or save up their money for a trip to outer space.

In 2009, during our last recession, gross domestic product dropped 2.5 percent. That's pretty bad. Now consider how a bad economy hits the boating industry. Revenues for the maritime industry dropped almost 20% in 2009, according to Boating Industry. When the economy catches a cold, the boat industry gets double pneumonia.

It's even more pronounced if we look at consumer spending. In 2009, the last year of the Great Recession, consumer spending dropped only 0.6%. For most industries, that's just a blip. But in the boat market, the numbers were 30 times worse. And in Malibu's niche, water-sports boats, the numbers were even uglier. In 2006, 13,000 water-sports boats were sold in the USA. By 2009 the market had seen a brutal 61% decline.

Now for the good news. Malibu Boats has been around since 1982. The company has survived, and thrived, during multiple recessions. In 2009, for instance, the company increased its market share as weaker hands had to drop out.

Malibu is priced for bad news, trading under its growth rate (PEG = 0.65) and barely higher than its revenues (the price-to-sales ratio is 1.06). Yet the company has nice profit margins (9.6%) and outstanding revenue growth (39% from last year). With any kind of economic good news, these shares should appreciate nicely in 2020.