Programmer and snowboard fanatic Tobias Lutke wanted to sell snowboards on the web, but he had a problem. There wasn't any commercially available software to help him get started. So he built a customizable e-commerce platform from scratch, and his online store, called Snowdevil, got up and running. By 2004, it was evident that the software he developed was a better business opportunity than selling snowboards, and so Shopify (NYSE:SHOP) was born.

The company has come a long way since then. Its platform now services over 1 million merchants and the goods sold on it in the most recent quarter totaled $14.8 billion. These days, merchants are paying $50.7 million in monthly subscription fees to use the platform, which helped drive revenue up 47% year over year to $1.07 billion for the first nine months of 2019. Because of these stellar results, the stock is up over 160% just this year.

It's been an amazing run for the company by any measure and many investors have benefitted. But what if you'd gotten in on the ground floor when the stock debuted in 2015? How much would you have made? 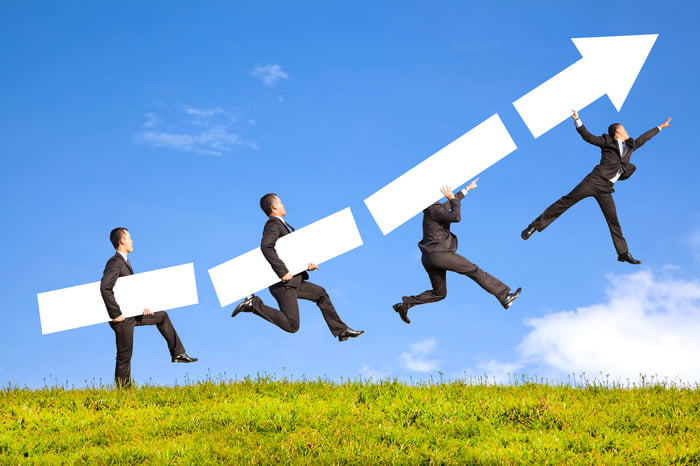 This 11-year-old was ready to go public

At the time of its initial public offering (IPO) in May 2015, Shopify had just capped off a year of incredible growth -- its annual revenue had more than doubled to $105 million. The company wasn't a household name, but it was serving over 162,000 customers in 150 countries and growing like crazy.

Data source: Shopify's F-1/A filing. Numbers in the 2013 and 2014 columns are rounded, but the growth calculation is based on unrounded numbers, so it may differ slightly.

The main reason for going public was to have more cash to fuel its hypergrowth. Shares in the IPO were listed at a price of $17, but on the first day of trading, they closed much higher.

The IPO that launched a rocketing stock

Let's say you were lucky enough to be part of the $17-a-share initial offering and purchased 300 shares for a total of $5,100. After the first day of trading, May 21, 2015, your investment would have gained over 50%, but selling at that point would have been a mistake. The stock has climbed like a rocket since and each share is now worth around $370. Today, your initial $5,100 investment would be 22 times larger, or $111,000, enough to pay for a state university education with some money left over.

Investors who didn't get in on the IPO may have felt like they missed the boat, but that wasn't the case at all. Let's say you bought the stock at the peak during the first 12 months it was on the market. That would have been on July 30, 2015, at a price of $38.13. The $5,100 would have purchased 133 shares, worth about $49,000 today, an incredible 870% return. This is especially impressive when you compare it to the market return of only 63% over the same period.

But to get these gains, you would have to hold on all the way up.

Sometimes, holding is the hardest part

Market-beating companies like Shopify make for happy investors, but it also brings a temptation to sell. I've missed out on some huge winners by selling stocks too early, and I consider this one of my biggest investing mistakes. Here are three key strategies to help you hold for the long term:

Finding great companies to invest in is only the first part of investing success. Letting your winners run can help you build a portfolio to reach your financial goals.