One of the more interesting biotech companies on the market right now is Masimo (NASDAQ:MASI), a medical technology developer that specializes in noninvasive monitoring products. Despite its larger $8.1 billion market cap, Masimo has done better than many promising small-cap biotech stocks on the market this year, with shares of the company up almost 50% since the start of 2019 and showing little sign of slowing down.

There are plenty of reasons to be excited about Masimo, especially considering its track record of consistent profitability. Let's take a deeper look at the company's operations, how it compares to its rivals, and whether you should add Masimo to your portfolio. 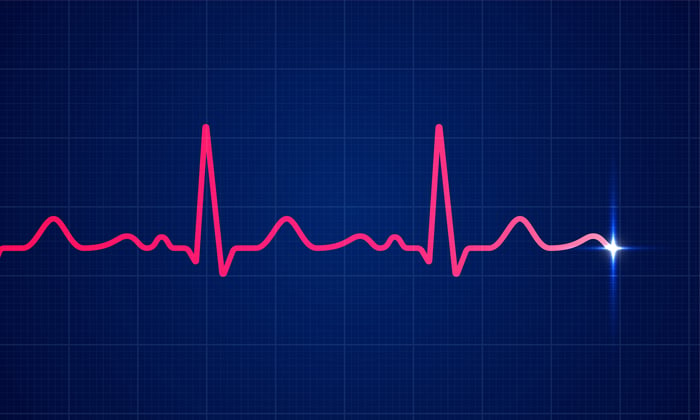 One of the first things investors should note about Masimo is its history of delivering consistent, long-term growth. In its recent third-quarter 2019 earnings statement, Masimo reported revenue of $229 million, up 9% from the $210.6 million reported in Q3 2018. Non-GAAP (generally accepted accounting principles) net income hit $43.7 million, up 8.9% from the $40.1 million reported around the same time last year. The cherry on top of these figures, however, are Masimo's healthy cash reserves, which have grown from $493.5 million in Q3 2018 to $633.4 million in Q3 2019.

Though decent results by themselves, what makes these figures more impressive is the consistency in which Masimo has been growing. The company has seen its overall revenue grow steadily and consistently for the past five years, from $713 million back in 2015 to its current projected 2019 guidance of $932 million, an annualized growth rate of around 7%.

While this might not be the explosive growth rate expected by some biotech investors, Masimo's business selling medical monitors doesn't have the same sheer short-term growth potential as a clinical-stage drug developer would, for example. However, what it does bring to the table is a track record of consistent, sustainable growth, something that many other biotech stocks can't promise.

Masimo offers a wide range of medical monitoring products that are used primarily by hospitals. This includes novel noninvasive ways of measuring brain activity, levels of hemoglobin in the blood, as well as airway and oxygen levels. Not only are these technologies state of the art, but they also help medical facilities save money compared to the current generation of medical monitoring products. According to management's estimates, a U.S. hospital with roughly 250 beds can potentially save more than $2 million annually by incorporating Masimo's products.

At the same time, the company released a number of new products in 2019 that have garnered plenty of attention. Some of the most notable include SedLine, a product that lets anesthesiologists monitor the brain activity of children under anesthesia, and O3 Regional Oximetry, which allows physicians to monitor oxygen levels in the brains of newborn children.

Both of these products have gotten attention from respected bodies as well. The O3 Regional Oximetry received U.S. Food and Drug Administration clearance, while SedLine received a CE mark (a certificate of approval for health products sold in the European Economic Area) for pediatric use.

Overall, the Masimo's prospects seem pretty good at the moment, with a track record of consistent growth and a growing pipeline of in-demand technologies. What some investors take issue with, however, is the company's valuation. At present, Masimo is trading at a lofty 45.6 price-to-earnings ratio (P/E), far from a cheap buy.

However, investors can get a better picture of how Masimo stands in comparison to some of its closest competitors. Intuitive Surgical is another company that develops minimally invasive medical technologies, albeit with a heavier focus on robotics. While a bit harder to compare with Masimo since Intuitive has a market cap of $66.5 billion, Intuitive is trading at a 52.3 P/E ratio, a fair bit more than Masimo.

When looking at these two companies from a free cash flow perspective, though, it paints a completely different picture. Comparing the price-to-free cash flow ratio (P/FCF), Intuitive Surgical is trading at a 15.9 P/FCF. Masimo, on the other hand, trades almost double this figure at 28.9 P/FCF.

Does this mean that Masimo is overpriced? To an extent, it does. While that doesn't detract from the company's overall financial health and strong products, it is something that investors need to keep in mind about the stock.

Masimo is an interesting biotech company right now, boasting a strong pipeline of products and a consistent record of growth. While it might not carry the same explosive growth potential that's expected from other biotech stocks, Masimo makes up for it with a stable track record of long-term, maintainable growth.

The problem is that the market has already realized that Masimo is a great company, and shares now trade at a fairly pricey premium, especially in terms of free cash flow. Successful investing means buying the right company at the right price, and while Masimo definitely is a good company, investors should wait for a better buying opportunity before adding some shares to their portfolio.