Nintendo (OTC:NTDOY) and Tencent (OTC:TCEHY) launched the Switch console in China on Dec. 10, bringing the system into the world's most populous country and one of its biggest gaming markets. The console has been hugely successful in other parts of the world, with roughly 42 million units sold at the end of September. But finding success in China will be an uphill battle.

The Chinese market typically hasn't had much love for dedicated game consoles, instead preferring PC and mobile platforms, and it's unlikely that launching the Switch there will be a big performance driver for Nintendo. On the other hand, partnering with Tencent and launching its console-handheld hybrid in the market is still a smart step toward building a long-term position in the country. 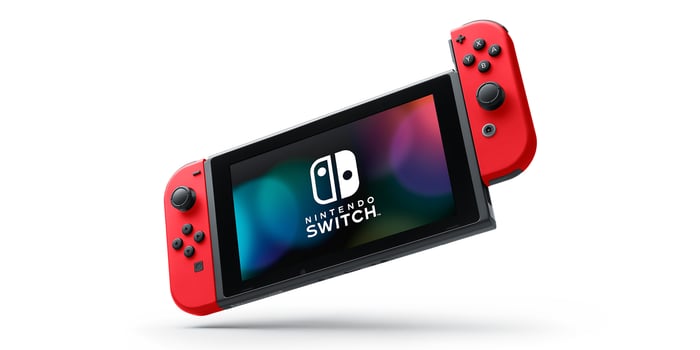 Nintendo's and Tencent's Chinese Switch comes bundled with a copy of the game New Super Mario Bros. U Deluxe and is priced at 2,099 yuan (roughly $300). The price will limit the platform's appeal, as consoles have never really had a significant market presence in China and discretionary spending power in the country remains below levels seen in the U.S., Europe, and Japan.

Chinese versions of Sony's PlayStation 4 and Microsoft's Xbox One have been available for years, and neither has managed to put up particularly impressive sales given the size of the market. The PlayStation 4 launched in China in March 2015 but had sold just 1.5 million units as of the last official update, given August 2018. Performance for Microsoft's Xbox One has likely been even worse.

The fact that Nintendo's Switch can double as both a portable device and a home console may improve its chances of success in China, and it wouldn't be surprising to see it surpass PlayStation 4's sales numbers following some price cuts. Nintendo's focus on family-friendly titles could also work in the platform's favor. Extra unit sales will be a boon even though revenue is being split with Tencent, but the company is probably more interested in the Switch as a steppingstone.

...but China could be a huge long-term performance catalyst

The Chinese gaming industry has seen explosive growth over the last decade, but there's still a huge runway for expansion. Building its audience in the country presents huge opportunities for Nintendo. Getting a franchise like Pokemon to take off there would have tremendous payoffs, and Nintendo's track record of producing high-quality content suggests that it can eventually deliver big hits in the country so long as it has a domestic partner like Tencent that can help facilitate its releases.

Nintendo will be more than happy to score some extra Switch sales, but the real opportunity probably lies in building an audience for the company's intellectual properties (IPs) in the massive Chinese mobile market -- even if doing so takes some time. The game maker has huge potential in mobile, and its relatively family-friendly games and IPs mean that it's one of the few large gaming companies that faces little risk of getting clipped by the country's content censors.

Launching the Switch and its games in China will also allow Nintendo to build up its catalog of titles that are already localized for the region. Nintendo has the single best back catalog of any company in the industry, and its games tend to have far more staying power than the average title. The company has found considerable success with re-releasing its classic games, and expanding its library of titles that are already translated and adapted for the Chinese market should pay off in the long run.

Building a strong working relationship with Tencent and support among hardcore gamers (the kind who are more likely to shell out for a dedicated gaming console) should improve Nintendo's chances of breaking into the mobile market that represents the core of China's game industry.

The company's legendary game designer and creative leader Shigeru Miyamoto recently stated that one of his goals is to turn Mario into the Mickey Mouse of the 21st century. The Japanese gaming giant has already made considerable progress on that front, but Miyamoto understands that achieving such status for the company's mascot could take generations. Building success in China's game market probably won't take that much time, but Nintendo's willingness to play the long game has a good chance to pay off.