Sarepta Therapeutics' (NASDAQ:SRPT) shares soared 31% on Friday after the company announced the U.S. Food and Drug Administration did an about-face on a drug candidate it previously rejected. This new revenue stream, in a rare disease in need of new treatments, might offer Sarepta's stock the shot it needs for a lasting recovery.

Before this news, its shares were down about 9% this year after earnings disappointments added up and the FDA initially rejected Duchenne muscular dystrophy (DMD) drug Vyondys 53 in August. 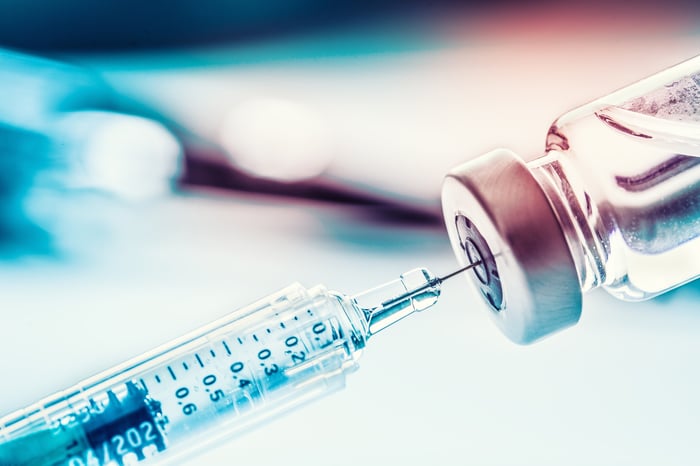 Since then, the earnings story hasn't improved. Sarepta missed analysts' estimates for the past two quarters and reported losses for the past four. Research and development spending increased by 55% to $133.9 million in the third quarter from the same period last year.

At the same time, the company's marketed product offered a bright spot. Sarepta's Exondys 51 -- also for DMD -- provided revenue, which increased 26% to $99 million. Another bit of good news: The company raised full-year guidance to the range of $370 million to $380 million, up from between $365 million and $375 million. That said, the earnings picture isn't one that would drive investors to the stock.

Sarepta's best ticket to stock market gains is all about its products, and now the company will have two on the market for a disease with limited treatment options. With Vyondys 53, there are now four DMD treatments available for patients. When the FDA initially rejected Vyondys 53, it cited risk of infection at intravenous infusion ports and kidney toxicity seen in animal studies. The company appealed the decision and resubmitted the drug candidate, leading to its approval. Further details explaining why the FDA granted approval weren't available. Sarepta said commercialization of the drug will begin immediately, though a trial to confirm clinical benefit still must be done.

Buying Sarepta's stock is a bet on its ability to treat DMD. Sarepta has the highest number of ongoing clinical trials to address the disease, according to Datamonitor Healthcare research, and a report by Grand View Research said the company is positioned to lead the treatment market by 2023. DMD is a rare genetic disease, usually affecting males, and results in the weakening of muscles. In those with the disease, a genetic mutation means the body is unable to make dystrophin, a protein needed for the functioning of muscles.

Grand View predicts the DMD drug market size will grow to $4.11 billion by 2023, with a compound annual growth rate of more than 41%. Exon-skipping drugs, like Exondys 51 and the newly approved Vyondys 53, will take 45% of the market by that time, according to the research report. These drugs skip over a particular exon on the dystrophin gene in order to create a shorter form of dystrophin. Though there aren't many competing treatments on the market now, there is a possible rival on the horizon, and that could create some bumps along the road for share performance. In October, NS Pharma completed a filing for FDA approval of its exon-skipping treatment viltolarsen.

So now that Sarepta has gained more than 30% in one trading session, is there still room for upside? Wall Street says yes, with analysts' average price target at $183.09 compared with Friday's $132.05 closing price. Any small declines in Sarepta shares might make a good entry point for investors who like to bet on unique products for unmet needs.