Nike (NYSE:NKE) shares have climbed 34.2% this year, surpassing the S&P 500's 27.5% increase, and as the year comes to a close, investors might wonder if the gains can continue. A big part of the answer will come from what the company has to say about its digital and direct-to-consumer efforts as it reports earnings for the second quarter of the 2020 fiscal year on Thursday.

About two years ago, the maker of athletic apparel and footwear announced a plan to revamp its digital presence and focus on selling directly to the consumer. As part of that ongoing effort, Nike's latest move was to end its two-year relationship with Amazon. Since that announcement about a month ago, the stock has gained more than 7%.

Nike's idea of digital isn't just selling products on an e-commerce site but instead creating a personalized experience for customers. According to a September article in Fast Company, Nike spent about $1 billion as part of the strategy, and NikePlus, its digital loyalty program, now has a subscriber list of 170 million and growing. Members of the program can use the Nike app for everything from reserving a product to finding the perfect shoe size -- a feature scans the foot in a matter of seconds. 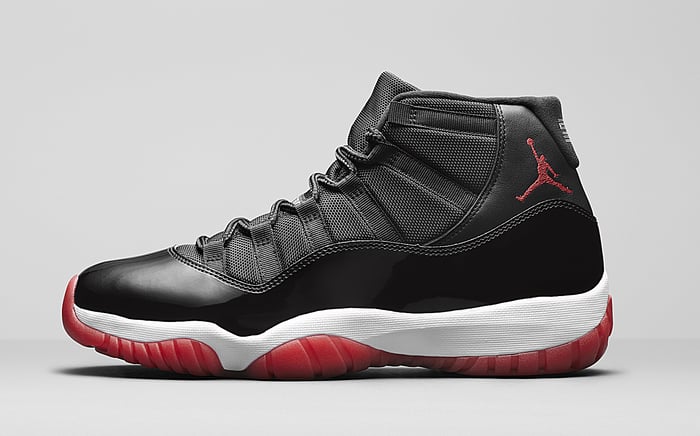 The Nike Air Jordan XI basketball shoe is again available for purchase. It was first worn by Michael Jordan in 1996. Image Source: Nike.

Now investors want to see how those efforts translate into earnings. CEO Mark Parker, speaking to Fast Company, said that by 2023, digital commerce will make up 30% of the company's revenue. Clues about what investors should expect in the near term might be found in Nike's first-quarter earnings call. At that time, Parker said the digital business grew 42% in the quarter "showing the power of more personal relationships with the consumer." Parker also said that more than half of the direct-to-consumer digital growth came from members.

By focusing on digital, Nike is looking for shoppers in exactly the right place, as more and more purchases are being made online. U.S. online retail sales jumped 15% last year from the previous year, while retail sales in stores grew only 3.7%, according to Internet Retailer data. So we know that the emphasis on digital was the right move. But what about the decision to drop Amazon? With about half of all U.S. online retail spending happening on Amazon, some might worry about Nike exiting the platform.

That's where the strength of Nike's brand comes in. Brand strength is also the reason Nike can cut ties with large multi-brand retail stores without worrying about losing sales. Nike is the biggest company in the global footwear market; its market share is more than 27%, ahead of rival Adidas (OTC:ADDYY), according to Technavio research. Young buyers love the brand, with Nike taking the top spot among footwear and apparel brands teens favor in Piper Jaffray's fall survey of Generation Z spending. The company's image is what drives Nike's ownership of the sports apparel and footwear market.

Nike, as the official uniform supplier, is the brand of the NFL and the NBA. Even more importantly, Nike is linked to individual sports stars, such as NBA legend Michael Jordan. The basketball champion retired 16 years ago, yet the Jordan brand is still going strong for Nike. It brought in more than $3 billion in revenue for fiscal 2019, up more than 7% from the previous year. Fans specifically seek out the latest Jordan shoe, no matter where it is sold.

The stock for this consumer discretionary company might be viewed as expensive considering its gain this year and the fact that its P/E ratio, at 37, is slightly higher than that of Adidas, which trades for just under 36 times earnings. The share price of about $98 is offering less room for upside as it approaches the average analyst target of $103.60. That said, if Nike reports positive news on digital and direct-to-consumer business, the shares could have a solid reason to jump higher.