This morning, Pfizer (NYSE:PFE) announced that the Food and Drug Administration granted priority review status to its supplemental New Drug Application (sNDA) for its Braftovi in combination with Erbitux, an Eli Lilly (NYSE:LLY) cancer drug. The sNDA seeks to gain approval for the combo as a treatment for metastatic colorectal cancer patients who have a specific mutation and have had one or two prior therapies.

What does priority review mean for investors?

A priority review designation requires the FDA to make an approval decision within six months instead of the usual 10. The FDA grants this to certain medicines that "if approved, would be significant improvements in the safety or effectiveness of the treatment, diagnosis, or prevention of serious conditions when compared to standard applications." Pfizer's press release states the decision deadline falls in April 2020. 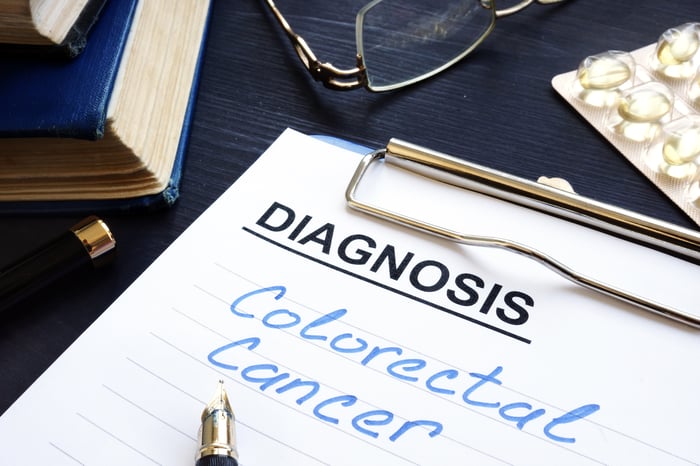 The FDA previously approved Braftovi in combination with another targeted cancer drug, Mektovi, as a treatment for patients with specific gene mutations in metastatic melanoma. Because the drug already garnered approval and has a real-world history of use, the safety profile should be well understood and not present any issues for the FDA.

That leaves the burden on Braftovi's efficacy data. The New England Journal of Medicine published the results from the phase 3 clinical trial demonstrating that metastatic melanoma patients receiving Braftovi combo treatment had a statistically significant improvement in overall survival and greater degree of tumor shrinkage (also known as response rates), compared with patients in the control treatment arm. Braftovi therapy resulted in a three-month increase in overall survival (median 8.4 months versus 5.4 months).

Why should Exact Sciences benefit?

Exact Sciences' (NASDAQ:EXAS) flagship product, the Cologuard diagnostic test, aims to detect patients age 45 years or older who may have colorectal cancer. CEO Kevin Conroy highlighted on its most recent earnings call that he expects the current 5% market penetration to ramp up to 40% in the coming years. Potentially more than 105 million people could be eligible to use the Cologuard test in the U.S. and Exact Sciences claims this is a $20 billion market that it has only just begun to take advantage of.

Pfizer and Exact Sciences entered into a strategic partnership in August 2018 to co-promote Cologuard and drive awareness of colorectal cancer. Exact Sciences gets to tap into Pfizer's sizable sales force that has established relationships with potential prescribers for Cologuard. Furthermore, with Braftovi poised for approval as a treatment for specific mutated forms of advanced colorectal cancer, Pfizer has every incentive to screen and identify as many patients for its drug as possible.

According to Pfizer, more than 1.8 million people worldwide were newly diagnosed with colon cancer in 2018, making it the third most common cancer in men and the second most common in women. 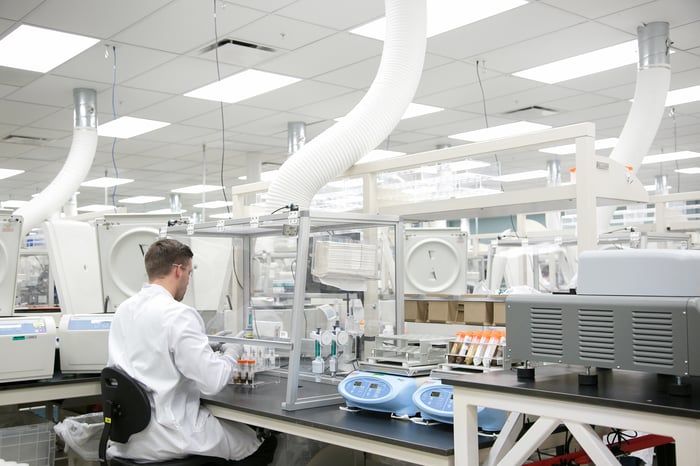 As reported for the third quarter, Cologuard volume hit 456,000 tests, resulting in $218.8 million in revenue for Exact Sciences. For the first nine months of 2019, Exact generated about $581 million in sales.

Its stock faltered the last few months but reignited this week, jumping 8%. While that may not seem like much in the world of biotech investing, it represents close to $1 billion in additional value. Next year should see continued growth, in part due to the recently completed acquisition of Genomic Health. Exact Sciences expects 2020 revenues to top $1.6 billion with $1.2 billion in gross profit.

Exact Sciences looks poised for a robust 2020 with the integration of Genomic Health and the potential launch of Pfizer's Braftovi in metastatic colorectal cancer. If approved, Pfizer should become an even more motivated partner to advocate for greater use of Exact Sciences' Cologuard. Investors should buy the stock now to enjoy the ride.