Tapestry (NYSE:TPR) and Capri Holdings (NYSE:CPRI) operate from the same conceit: that their aspirational leather goods and accessories business could be transformed into luxury design houses on the order of Kering or LVMH Moet Hennessy Louis Vuitton (OTC:LVMHF)(OTC:LVMUY).

Both retailers changed their corporate identity, pursued a strategy of building a multibrand company through acquisitions, and limited their availability in department stores to impose a forced exclusivity through higher premiums that neither brand deserved. 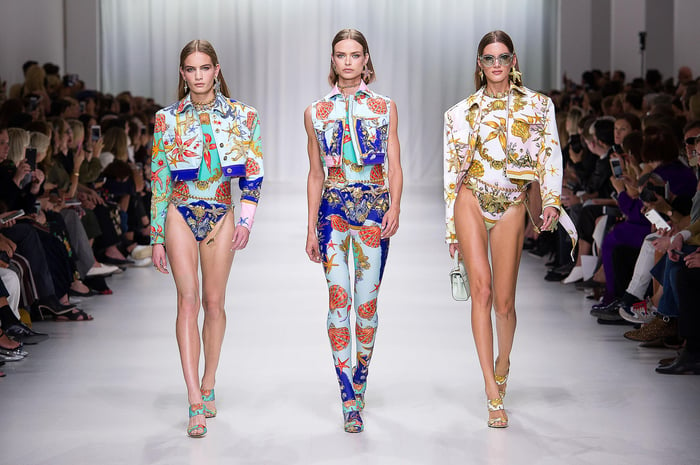 The results have been disastrous. Tapestry investors suffered a 28% erosion in the value of their stock over the last three years, while Capri investors have lost 15%. At the same time, the S&P 500 has climbed 41% to new record highs and LVMH is soaring with a 145% gain.

So it's clear it was not the market for luxury goods or even broader market sentiment that held Tapestry and Capri Holdings back, but the delusions of grandeur both held. Since neither company is rejecting its vain pursuits, investors need to question whether they can still bounce back.

Although Tapestry and Capri have arguably elevated both their profiles and their ambitions, their efforts are much more muted than what their rivals have done. LVMH, for instance, owns some 75 brands, while Kering, which owns Gucci, Balenciaga, and Yves Saint Laurent, has nearly 20 luxury brands in its portfolio.

To become luxury conglomerates on a similar order would require Tapestry and Capri to spend billions more, though there's no guarantee they would be successful even then.

Despite their being global companies, both companies still derive 57% of their sales from the U.S., a market that operates very differently from Europe, where their luxury fashion house rivals reside.

The U.S. is much more discount-oriented. Though that obviously doesn't apply across the board, Tapestry's Coach brand gained its cachet as an affordable luxury brand with Capri, back when it was still Michael Kors, a ready-to-wear apparel business. Becoming luxury lifestyle companies did nothing for their image, except to alienate their aspirational customers.

Despite the billions spent by each company, they haven't seen revenue expand organically, causing profit margins to erode. 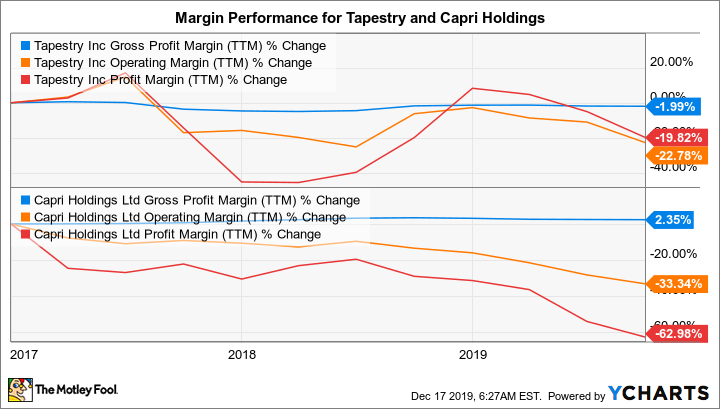 Are they worth the wait?

Tapestry and Capri Holdings have bounced sharply higher off the lows hit in late summer, yet they both trade for less than 10 times their estimated earnings. But analysts don't give them much hope for growing earnings long-term, forecasting low-single-digit growth for each over the next three to five years.

While Capri Holdings does trade at just 12 times the free cash flow it produces, it is still integrating Versace into its operations, which may prove challenging as Versace's fans were not pleased at it being acquired by the "down market" brand. Jimmy Choo shoes also saw comparable store sales decline in the latest quarter.

Tapestry, on the other hand, offers a price-to-FCF of 52 that's as elevated as its impression of itself, but it pays a dividend that currently yields 5.3% annually. With a payout ratio in the neighborhood of 50%, it's not in danger of being cut. Yet its recent financial performance was also impaired as Kate Spade recorded yet another quarter of falling comps. The division's CEO, who has been on the job less than two years, will be stepping down at the end of December.

Unless these companies come to the realization that becoming an American LVMH is not practical and unwind their attempts at agglomeration, there seem to be few catalysts for growth for either to make them value stocks worth buying at this time.