In early November, Alphabet's (NASDAQ:GOOG) (NASDAQ:GOOGL) Google announced that it would buy Fitbit (NYSE:FIT) for $2.1 billion -- a steep discount compared to the wearable maker's $4 billion valuation after its IPO in mid-2015.

But the takeover wasn't surprising. Google needed to expand its hardware and digital healthcare ecosystem, and Fitbit has been struggling with sluggish sales, contracting gross margins, and brutal competition from bigger rivals like Apple (NASDAQ:AAPL).

It would be easy for Google to gather data from Fitbit's users since Fitbit already tethered its devices to Google's healthcare cloud last year. Google could also develop its long-rumored "Pixel Watch" with Fitbit's technology, or integrate Fitbit's App Gallery into Wear OS. 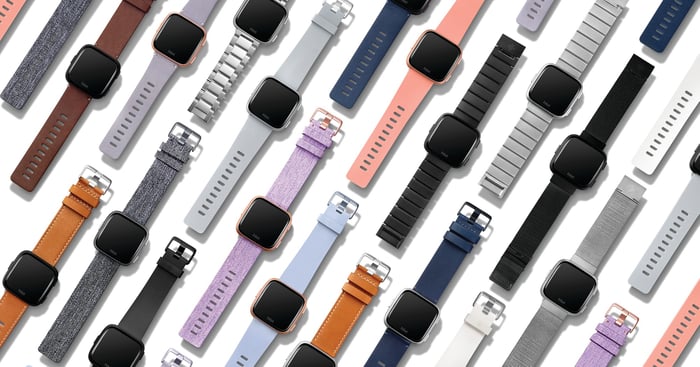 However, a recent New York Post report claims that the acquisition could face a Department of Justice (DOJ) probe due to privacy concerns. Both the DOJ and Federal Trade Commission (FTC) reportedly expressed concerns about the deal.

The FTC previously reviewed most of Google's acquisitions with a "technology task force" to monitor anti-competitive behavior.

However, Google currently faces a broader antitrust probe from the DOJ, which requested its documents from previous FTC probes in September. The DOJ wants to investigate the Fitbit deal as part of this investigation, which pulls the case away from the FTC.

Google suffered a series of regulatory setbacks over the past two years. In Europe, it was fined $5 billion last year for bundling its first-party apps with Android, another $1.7 billion earlier this year for "abusive" advertising strategies, and another $1 billion in France over unpaid taxes.

It was also recently hit by a new antitrust probe led by 50 state attorneys general, as well as demands from lawmakers and activists to be broken up. None of those legal headwinds have eroded Google's market dominance yet, but they're making it tougher for it to expand without attracting regulatory scrutiny.

Could the DOJ prevent Google from buying Fitbit?

Last month, several advocacy groups urged the FTC to block Google's acquisition of Fitbit, claiming that it would allow the tech giant to gather more personal data and health information. The FTC isn't reviewing the case, but the DOJ probe seems to focus on similar issues. 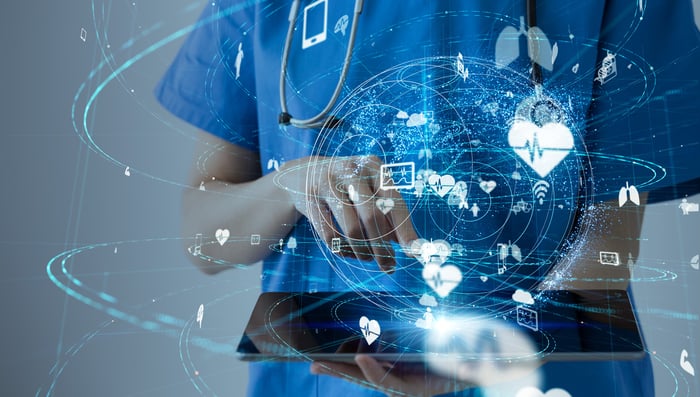 Google's core business previously produced the Google Health app, which attempted to gather a patient's electronic healthcare records onto a single platform. It failed to gain much momentum and was discontinued in 2011. It subsequently launched Google Fit, a dashboard that gathers personal fitness data from other apps, Wear OS for smartwatches, and Google Cloud's Healthcare API (which lets medical professionals store data on its cloud platform).

Google was already storing data for Fitbit users since Fitbit started linking its devices and digital healthcare services to its Healthcare Cloud last May. That partnership would likely continue even if the deal was blocked.

The DOJ probably can't block the Fitbit deal based on anti-competitive grounds either, since Google's Wear OS doesn't control a meaningful slice of the wearables market. Fitbit ranks fifth in the global wearables market with a 4.1% share, according to IDC's third-quarter numbers, putting it far behind Apple, Xiaomi, Samsung, and Huawei.

The DOJ will likely approve the deal

Lastly, investors should recall that the DOJ reviewed Google's planned takeover of cloud analytics provider Looker a few months ago. That takeover also bolsters Google's ability to mine and crunch data and represents a clear competitive threat to smaller analytics companies like Domo.

Yet the DOJ cleared that $2.6 billion deal last month. That approval strongly indicates that the Fitbit deal -- which merely complements an existing data deal and doesn't give Google a market-leading position in wearables -- will also be given the green light.