The holidays can't come fast enough for certain top stocks on the market. Some unhappy late-in-the-year news drove prices down for several of them, including a prominent industrial and an automobile retailer -- enough to make these businesses want to take a break for the festive season.

Are these stocks deserving of the slag they received from investors today? Here's a brief look at whether one or both is now a buy at the current reduced price. 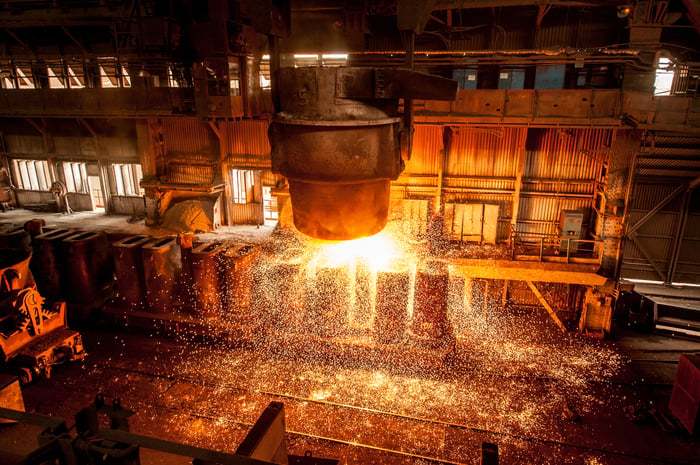 Typically, a stock takes a notable hit to its price when a dividend is cut or guidance is trimmed. In the unfortunate case of storied American industrial United States Steel (NYSE:X), it announced both on Friday. Its shares dutifully sank by almost 11% on the day.

The dividend cut was quite deep. The $0.05-quarterly-rate-per-share payout was reduced to $0.01. This drove the stock's yield down to 0.3%, even after the steep fall in the share price.

As for guidance. U.S. Steel is now forecasting a deeper net loss than previously estimated. The company now believes it will post a non-GAAP (adjusted) fiscal 2019 loss of roughly $0.42 per share and a Q4 deficit of around $1.15.

U.S. Steel plans on saving money next year. In the set of forecasts it presented, the company also said it's reducing expected capital expenditures for fiscal 2020. The new number is $875 million for the year, down from the former anticipation of $950 million. It's also planning on "reprioritizing spending across the enterprise," although it didn't dive into specifics.

Also, the company said it will "indefinitely idle" most of the operations of its sprawling Great Lakes Works mill near the onetime steel stronghold of Detroit.

The steel sector is reeling from slowdowns in economic growth in various corners of the globe. The construction sector -- and suppliers of the material it depends on, steel -- is often one of the first to be hit by sluggishness in a country's economy.

We can see this dynamic at work in the prices for various forms of steel, which over the past year have dropped notably. All U.S. manufacturers are vulnerable to this, even with the Trump administration's steel tariffs aimed at supporting the sector. Other negative factors, such as overcapacity in the domestic industry, don't help, either.

The global steel sector usually takes a while to recover from such a position. Considering that, I feel that U.S. Steel and many of its peers are in a falling-knife situation, and I wouldn't buy this company's shares.

The stock of big vehicle retailer CarMax (NYSE:KMX) closed down by 6% on Friday, victimized by a clear earnings miss.

The company released its Q3 of fiscal 2019 results, and investors weren't buying this particular model. This, despite the fact that total net sales rose by more than 11% year over year to $4.79 billion, on the back of only an 8% increase in unit sales. That top-line figure beat the average $4.68 billion estimate from analysts.

However, the company's net earnings fell by 9% across the same stretch of time, to land at just over $173 million. At $1.04 per diluted share, that doesn't reach the collective prognosticator prediction of $1.16.

Although car sales in the U.S. continue to thrive, a dynamic that CarMax continues to take advantage of, stock compensation for the company's executives and higher marketing expenses connected with a new ad campaign were items taking a big bite out of profitability.

CarMax said it is looking forward to boosting its omnichannel efforts, particularly in the digital sphere. The omnichannel, it wrote in the Q3 results press release, "is empowering customers to shop on their terms, whenever and wherever it is most convenient for them."

The American consumer will probably need some time to get used to shopping for a car online, as it's still a new concept relative to more familiar forms of e-commerce.

I'd imagine that the company's costs will continue to be impacted by this hunger for broadening its omnichannel reach. But it's doing a good job taking advantage of this long-tail car-buying trend. Also, the increased marketing spend should continue to support that revenue growth and eventually shake more meaningful profitability out of it. I'd consider buying some CarMax stock, then.