Adobe (NASDAQ:ADBE) is the creative software kingpin that distributes dozens of software products including Photoshop, Illustrator, and Acrobat. The company's stock has been on a tear in recent years as it has been able to show persistently strong revenue and sales growth. Adobe recently reported its Q4 2019 financial numbers and managed to top off its already strong year with an incredible finish.

A quick look at Adobe's reported numbers tells you all you need to know about the company's growth story.

The year-over-year revenue growth of 21% came in slightly slower than the overall growth rate for 2019, which was 24%. But the remarkable thing about Adobe's results is how much faster operating income and EPS grew relative to sales. This shows that the company is not only growing its top-line but also expanding its bottom line margins.

It is also worth noting that Adobe repurchased 9.9 million of its own shares in the year, helping to juice the EPS figure. Share repurchases are a recurring theme for the company, which generates a significant amount of cash flow every quarter due to its recurring revenue and lack of need to invest in physical assets.

While Adobe is most known for its creative software segment, other areas of the company are increasingly contributing to its results.

Other than Creative software, the standout product segment is Digital Experience and other, which now accounts for nearly one-third of total sales. This segment sells enterprise marketing software to help businesses optimize their online ads, manage online stores, and get analytics on their customers. Adobe has recently made over $7 billion in acquisitions to expand its capabilities in this area.

Although it is a much smaller segment, investors should not ignore Adobe's document cloud, which accounted for 11% of 2019 revenue. This product segment organically grew 25% over the prior year. Driving this segment's growth is a shift in customers paying for subscriptions to Adobe's PDF editing and cloud storage, from the prior model of paying once for a perpetual license for the Acrobat PDF editing products. The company sees a $13 billion market opportunity for document cloud in the next three years. 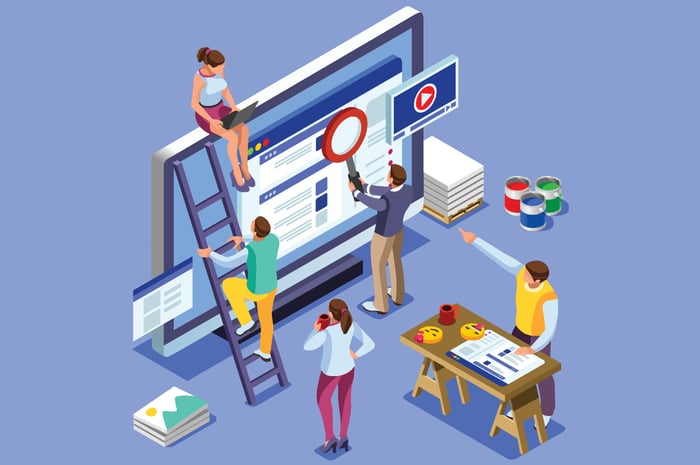 Turning attention to next year, Adobe provided guidance implying revenue growth of 18% and EPS growth of 24%. These numbers are impressive, especially when considering how large Adobe has already become. Yet, the forward guidance may be conservative, as Adobe has a habit of setting a low bar for itself to hurdle easily.

In the long run, Adobe appears to be a fairly good bet on continued earnings momentum. If the future looks anything like the past, shareholders have a lot to look forward to.