Nike (NYSE:NKE) saw a bit of weakness after reporting fiscal second-quarter results. Shares were down a bit more than 1% in pre-market trading Friday morning, as the effect of higher input costs on margins seemed to spook investors. Overall, the sports-apparel company reported continued growth and remains the dominant player in its field.

Solid results from the shoemaker

Everything was strong with the exception of small gross margin expansion.

The steadiness of the sales performance makes me rather forgiving of margin growth -- which seems to have underwhelmed some investors. Nike grows annual sales like clockwork. The sports retailer has more than doubled the S&P 500 over the last three years and finished fiscal year 2019 with 7.59% year-over-year revenue growth and a doubling in earnings per share. However, fiscal 2018 was the roughest earnings year that Nike has had in a while.

In its fiscal first quarter for 2020, Nike reported 7% year-over-year growth in revenue, to $10.7 billion. On a currency-neutral basis, those revenues actually increased 10%. Subsequent net income increased 25%, and earnings per diluted share increased 28%, to $0.86. Fiscal second-quarter results continued that trend. 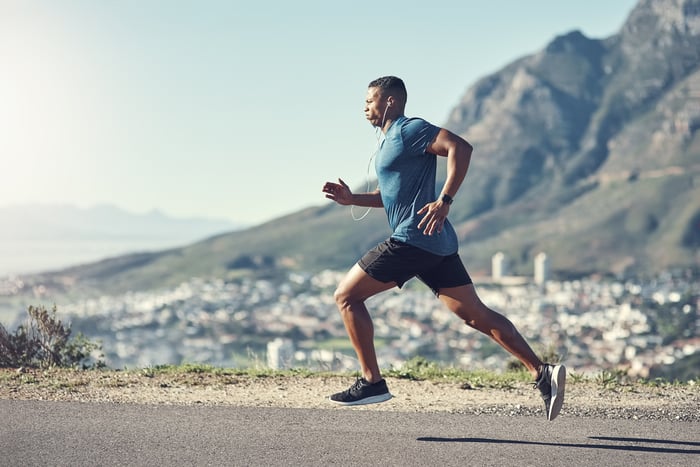 Forgetting Amazon and going it alone

I love that Nike has cut ties with Amazon and is focusing on its own online initiatives. The company carries such brand strength that it's attempting to avoid the middleman and put focus and energy on growing out its own direct-to-consumer channels. NIKE Direct was credited with contributing to top-line revenue growth, and the severing of ties with Amazon is a clear signal that direct-to-consumer is working well. Otherwise, Nike wouldn't have done it.

The only problem is the price tag

While Nike continues to succeed, the valuation makes me think it's wiser to wait for a pullback to purchase shares. The company is doing great, but the stock is simply expensive. Full-year Zacks' estimates are calling for earnings of $2.98 per share. That would give Nike a forward price-to-earnings ratio of 33.6.

It's not a cheap stock, and considering that shares are currently perched at all-time highs, it seems risky to jump in right now. A little more value might be obtained if one waits for a correction. Of course, the flip side is that Nike rarely gives up much room on the valuation side.