How much have you bought from Amazon (NASDAQ:AMZN) over the past decade?

I just went back and checked. In 2009, my family purchased two items. Since then, we've ordered roughly 2,000 more. Diaper deliveries alone have made Amazon a godsend.

Its stock has also provided enormous returns. I called it my highest-conviction stock in 2012, and regularly pore over every word that founder and CEO Jeff Bezos utters. Shares have increased 1,300% over the past decade, making it a top stock to own.

Full disclosure: I have sold Amazon shares before because they had grown to be too large a position in my portfolio. But now -- for the first time ever -- I'll be selling shares because I'm losing faith in the company.

This has nothing to do with valuation, or the potential expansion into other industries. It's something much simpler -- and in the long run, more important -- that is bothering me. 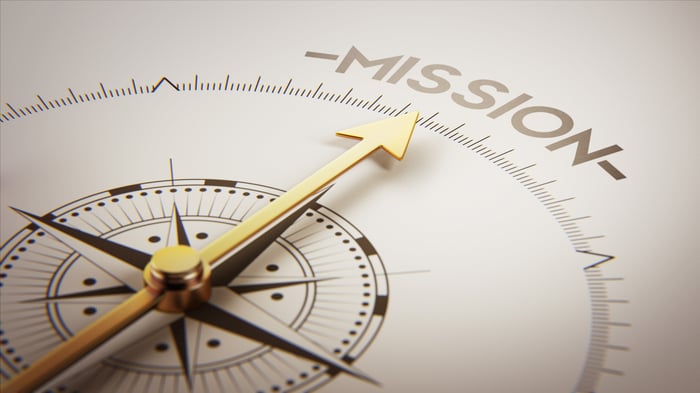 A quick primer on the importance of mission

I've long said the only way someone from the 1990s could understand the evolution of Amazon is via its mission statement: "To be Earth's most customer-centric company."

That's the only common thread that leads a company from being a simple bookseller to an everything store/fulfillment network/cloud king.

If an organization's sole purpose is to maximize shareholder value, it will quickly grow stale. Employees need a bigger reason to go to work in the morning; customers want an emotional connection; and the statement needs to serve as a North Star.

Amazon's mission has worked like a charm. I vividly remember former Motley Fool contributor Morgan Housel posting on Twitter about his own experience.

My Amazon Fresh delivery was an hour late so they refunded the entire order plus a $20 credit.

That's what putting the customer first looks like. Everyone's happy as a result. Amazon became great because it was serving one -- and only one -- master.

How many masters now?

It started out as a small crack in the facade: advertising. Companies were willing to fork over high-margin dollars for ads. It was easy money: Take a customer's search query, and make the first few products on the screen "sponsored" -- which is another word for "advertisements."

From a purely business standpoint, this was great: high-margin dollars rolling in. But viewed through the lens of the mission statement, it raised a serious problem. Customers weren't the only master anymore. If the products displayed in your search weren't the best ones -- determined by the strength and veracity of customer reviews -- but instead "featured" products, was that really in the customer's best interest?

That's the question I asked back in April. My wife had mentioned this issue before as well -- so it registered, but didn't set off any alarms.

Which brings us to this holiday season. When it came time to select presents via the internet, Amazon.com was my first stop. A few hours later and I was completely disillusioned. Among the issues:

It was all enough to make my head spin.

Whenever I buy a stock, I write down what would have to happen to make me want to sell. Abandoning a mission is one of them. Thus, when Motley Fool trading rules allow, I'll be selling shares.

But I won't be selling all of them. When all is said and done, Amazon will still be about an 8% position for me (it's currently at 17%) -- my third largest. Why would I hold on to shares?

It's important to make allowances for things that I can't know. Among them:

There are probably even more reasons, but hopefully you get the idea. I still think it's worth having skin in the game with Amazon. It has a powerful brand, a network of fulfillment centers that's unmatched, benefits from the network effect, and history of innovation.

But more than anything, it has moved down a notch in my mind. What I once considered a sacred holding -- one I'd never touch unless I absolutely had to -- is just a good stock to own now. I'll keep some shares, but only truly amazing companies deserve more than 10% of any portfolio.

For me, Amazon's no longer in that league.