2020 looks to be an important year for Karyopharm Therapeutics (NASDAQ:KPTI). First, Karyopharm expects to share the results from its ongoing phase 3 clinical trial. It also should receive feedback from European regulators on an earlier pivotal trial in multiple myeloma -- a type of cancer. Lastly, investors will closely watch the first full year of sales for Xpovio, Karyopharm's cancer drug that gained its U.S. Food and Drug Administration approval in July as a treatment for advanced multiple myeloma.

Selinexor, commercially known as Xpovio, achieved FDA approval on July 3. However, Karyopharm endured a rocky road to get there. In February, the FDA convened its Oncologic Drugs Advisory Committee (ODAC) to review the submission for approval as a treatment in combination with the myeloma drug dexamethasone in patients who already had three prior treatments. The ODAC panel raised a number of concerns and ultimately voted eight-to-five to delay the accelerated approval until after the final completion of the company's phase 3 "Boston" clinical trial. 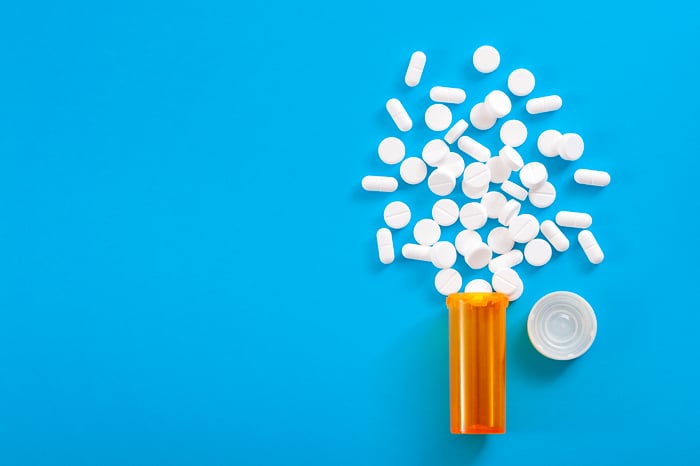 Determined to get selinexor approved, Karyopharm returned to the FDA with a new strategy. It sought and, ultimately, gained approval based on data from 83 patients in a prespecified subgroup. The FDA limited Xpovio's use to a combination with dexamethasone in relapsed or refractory multiple myeloma patients who had received at least four prior therapies. The FDA went so far as to specify the types of drugs that patients needed to have tried first. That's quite a hefty list of criteria for patients to meet.

Why are the Boston trial results critical?

First, let's look at the Boston phase 3 clinical trial, which is the study slated to have results in early 2020. It will evaluate the combination of selinexor, dexamethasone, and Takeda Pharmaceutical's blockbuster drug Velcade compared to a control arm that only receives the latter two drugs. The trial focuses on multiple myeloma patients who received one to three prior treatments. Since these patients have less advanced disease, theoretically, the drug could perform better.

Earlier treatment could lead to a larger suitable patient group for selinexor. That translates into greater commercial prospects. Also, keep in mind the ODAC panel initially wanted this trial data prior to any approval. ODAC evaluated a two-drug combo while the Boston trial uses three drugs together.

Dexamethasone and Velcade are cornerstone drugs for the treatment of multiple myeloma. Determining whether the addition of selinexor to these drugs will create a significant enough degree of improvement to warrant the potential toxicities associated with the three-drug regimen remains the key challenge facing Karyopharm in the Boston trial. Investors need the trial results to answer this fundamental question.

Karyopharm submitted a Marketing Authorization Application to the European Medicines Agency (EMA) in January 2019. The company has responded to initial questions from the agency. However, on a somewhat ominous note, in September, the EMA's Committee for Medicinal Products for Human Use (CMPH) asked Karyopharm to "address the findings from the GCP inspection and our corrective measures taken to justify that the clinical trial data are of sufficient quality to support a benefit-risk assessment."

The reference to sufficient quality gives me pause. This could mean a whole host of things, the severity of which investors may never know. Were patient records incomplete? Were there an unusual number of deviations from the trial protocol? Could regulators effectively disregard data from certain clinical sites due to site-specific quality issues? Can these issues be cleaned up by going back to the clinical trial sites and cross-referencing patients' records? The uncertainty raises the risk, especially since this is the trial in which Karyopharm went back and relied on a subgroup to get approval.

Results from the Boston trial in early 2020 will arguably have the greatest effect on the company's stock next year. The outcome in Europe will be another event I'm watching. Until then, however, the risk seems too great to own the stock. Investing in biotech provides plenty of binary events where stocks pop or drop precipitously. Until more on selinexor is known, I'm sitting on the sidelines with Karyopharm.