The defense industry has seen some ups and downs in recent years, as increased spending on certain projects has balanced out efforts to try to rein in costs on other programs. For General Dynamics (NYSE:GD), the competition among defense contractors has been fierce, and political uncertainties have put its stock into a holding pattern over the past couple of years.

For dividend investors, General Dynamics has put together a strong record of dividend growth. Having qualified as a Dividend Aristocrat a few years ago, the defense stock has earned its reputation over more than a quarter-century. But now, could new challenges pose a threat, or will big contract wins help it grow its dividend more quickly? Let's take a closer look at General Dynamics and its chances of boosting its dividend in 2020. 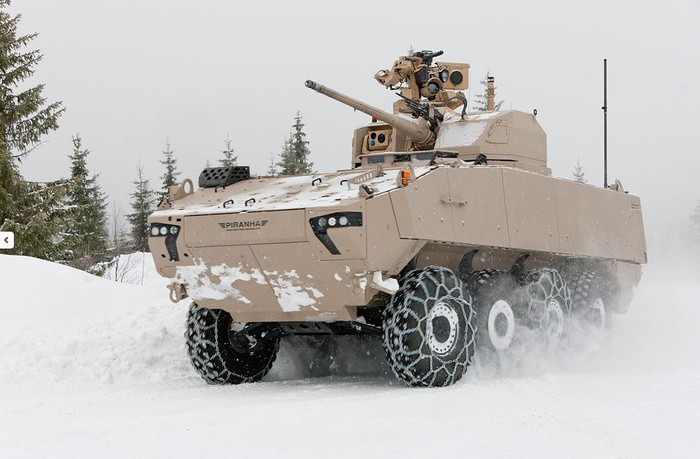 When you look at General Dynamics' dividend history, you'll see one of the most consistent track records of stable dividend growth of any stock in the market. Since the early 1990s, you can see steady growth rates without a whole lot of bumps along the way.

That's particularly impressive when you consider the political changes that the U.S. has gone through over that time frame. During some periods, the U.S. was reining in spending on military commitments, while during others, the military became a top priority demanding greater expenditures. 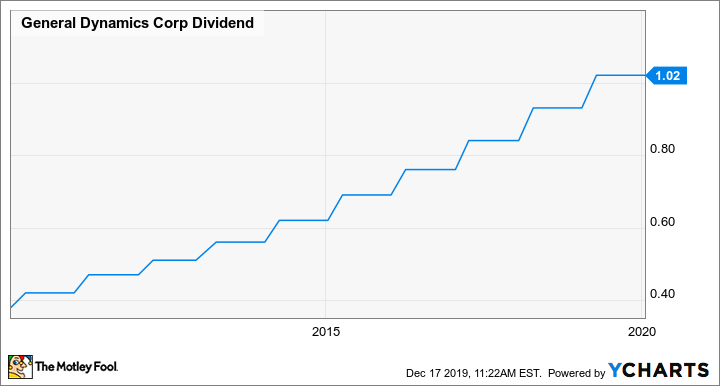 Throughout the past decade, General Dynamics has followed a very simple rule for its dividend increases. Each year's boost has come in the spring, and it's been as close to 10% as possible while still keeping the amount rounded to the nearest penny. The most recent boost in early 2019 followed that rule closely, with a $0.09-per-share boost to $1.02 marking a 9.7% increase.

Will General Dynamics defend its dividend history in 2020?

General Dynamics shareholders rely on the company winning lucrative contracts in order to keep up its ability to pay dividends. Yet even when General Dynamics has beaten out the competition, investors don't always fully appreciate the value of what the company has won.

Take, for instance, the recent award of a fast-attack nuclear submarine contract from the U.S. Navy. The award puts General Dynamics in the driver's seat for a $22 billion contract to build nine vessels, recognizing the expertise of its Electric Boat subsidiary. That makes it the biggest contract in naval history, but even so, investors seemed to want to see a contract for 11 to 13 submarines rather than the nine-boat award that was eventually done.

It's true that some of General Dynamics' competitors have higher-profile programs that have a longer runway for long-term success. Yet awards like this give General Dynamics a chance to demonstrate its ability to deliver high-quality solutions for the military, and success could mean a leg up for future awards.

Given all that, it seems likely that General Dynamics will keep following its usual game plan for 2020 and make a $0.10-per-share boost to $1.13 each quarter. That should keep dividend stock investors happy, and it'll help General Dynamics prolong its payout increase streak for another year.