Many of us were not fortunate enough to buy shares of today's high-growth tech stocks like NVIDIA (NASDAQ:NVDA) at the initial public offering (IPO) price. But for a few reasons, it's a helpful exercise to look at how much money you would have made if you did get in at the beginning.

To start, it reinforces the power of compound returns on a relatively small investment. Along with that, it highlights the importance of patience. There may be some investors who did buy a $10,000 stake in NVIDIA around the IPO price, but did those investors keep holding after that $10,000 turned into $50,000? If not, they left a lot of money on the table.

It can be very tempting to sell a winner after it's risen in value, but investors who think of themselves as business owners will keep holding, knowing that it would be nearly impossible to find another company to invest in that is as good as the one they currently hold.

With that said, let's look at how much you would have made if you had bought shares of NVIDIA at the IPO price. 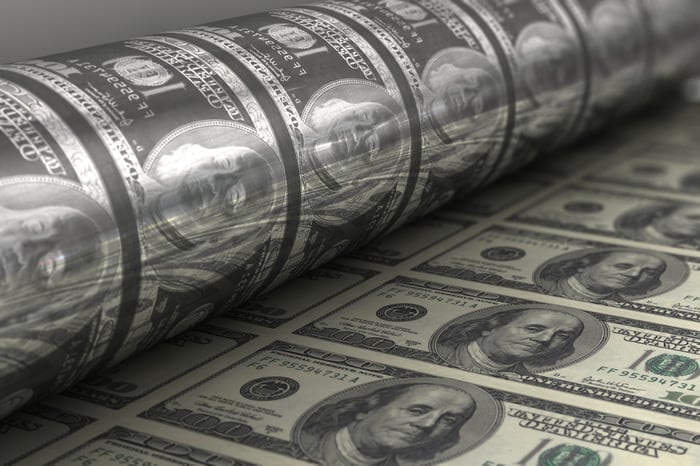 NVIDIA first sold shares to the public on Jan. 22, 1999, at $12 a share. The stock has split four times over the years: Three splits were 2-for-1, while the other was 3-for-2. (A quick note about how splits work: With a 2-for-1 split, shareholders receive two shares for every one share they own. But the stock price is adjusted accordingly so that the value of your investment remains the same. It's not free money.)

To be honest, I probably would have been one of those investors who started selling some shares once my initial investment turned into $30,000 or $50,000. But if you have the mindset to let your winners run, all it takes is one moderate NVIDIA investment to make you a millionaire.

NVIDIA's business involves selling very pricey graphics cards that generate high margins. This allows it to generate more free cash flow than management knows what to do with, so the company takes some of that spare cash and pays a small dividend to shareholders. The current quarterly payout is $0.16 per share.

NVIDIA initiated its first quarterly dividend in 2012 at $0.075 per share. The dividend payout has more than doubled in the last seven years, and it should continue to increase over time as revenue and free cash flow grow.

Another reason that early investors of NVIDIA would have wanted to hang on to their shares is that the business has found more ways to grow over the last decade. The cumulative return of the stock since the IPO is 21,300%. Over the last 10 years, the stock price has increased by 1,290%. That means a $1,000 investment in December 2009 would have already turned into $13,900.

NVIDIA has long been known for its innovation in graphics cards for those who play video games on a PC. It's the market-share leader in the discrete graphics card market, leading its rival Advanced Micro Devices. But management has found additional applications for its core graphics technology, opening up a lot more possibilities for NVIDIA to expand.

Sales of gaming graphics cards still make up most of NVIDIA's annual revenue, but the data center, professional visualization, and automotive segments are just as important to the company's future growth.

The stock is up 62% year to date, but it is still below the all-time high in 2018. NVIDIA suffered a setback last year from a slowdown in its gaming and data center business. With those markets starting to return to growth, it's not too late to consider adding shares of NVIDIA to your portfolio.