Finding out how many people watched Martin Scorsese's big-budget gangster epic "The Irishman" was just one unexpected gem.

Last week, investment bank UBS held its Global TMT (tech, media and telecom) conference. As in prior years, one of the big draws to this event was an appearance by Netflix's (NFLX 1.98%) chief content officer Ted Sarandos.

The exec waxed philosophic on a number of topics, including the gradual move to provide viewer numbers for the most successful programs, what continues to attract content creators to the company's platform, and what the future may hold. 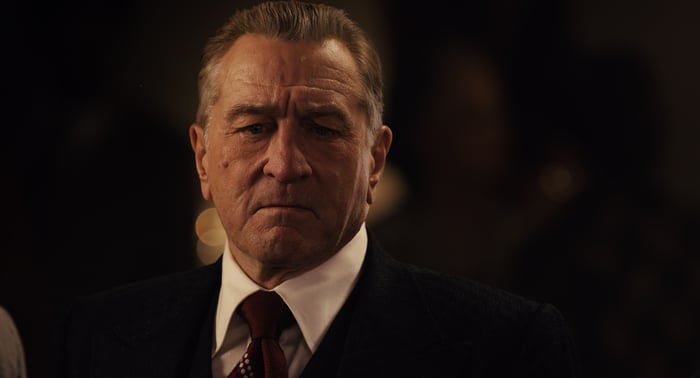 Robert De Niro in a scene from the Netflix original movie The Irishman. Image source: Netflix.

In response to a question, Sarandos addressed the fact that Netflix is beginning to be more transparent with the viewership numbers of some of its most popular programs. The company isn't just releasing select figures in the public forum; it's also sharing them with the shows' creators, giving them even greater insight. "With our producers, we inform all of them of the watching behavior of the show in the first 28 days, the first seven days ... so they know exactly how they're performing on Netflix," Sarandos said.

He also addressed why the company is beginning to release those numbers gradually rather than at a quicker pace. Netflix is trying to "condition the market" to what the numbers actually mean, pointing out that the figures aren't "apples-to-apples to box office or to a rating point on Nielsen."

To close the loop, Sarandos revealed that the Martin Scorsese gangster epic The Irishman had been viewed by 26.4 million accounts -- making up nearly 17% of Netflix's global subscriber base -- within the first seven days following its release. Netflix counts a program as "viewed" when a subscriber has watched at least 70% of the content. This was all the more amazing considering the movie runs a massive three and a half hours. To put that into perspective, 45 million people watched the Sandra Bullock thriller Bird Box during its first week when the film debuted on Netflix late last year. At the time, the streamer said it was the "best first seven days ever for a Netflix film!"

This admission was no doubt to counter data that was released last week by Nielsen, which estimated that 17 million people had tuned in to the film during its first five days. Netflix has publicly disputed Nielsen's numbers before, arguing that the metric fails to capture a significant segment of its viewers, including those in international locales and those who watch on mobile devices.

What attracts creators to the platform

With all the high-priced deals that Netflix has made in recent years, you might think that the company's ability to write massive checks would be the one thing that attracts content creators to want to show their programs on Netflix. Turns out that isn't necessarily the case -- though there's no denying money certainly factors into it.

When prompted about awards season, Sarandos took the opportunity to point out that Netflix programming had been nominated for 34 Golden Globe awards this week, with 17 nods for its television programming and 17 for its feature films. He noted that the tech giant scored four best picture nominees, including one each for Marriage Story, The Irishman, The Two Popes, and Dolemite Is My Name. Marriage Story was the Golden Globe favorite, with six nominations, while The Irishman garnered five nods. 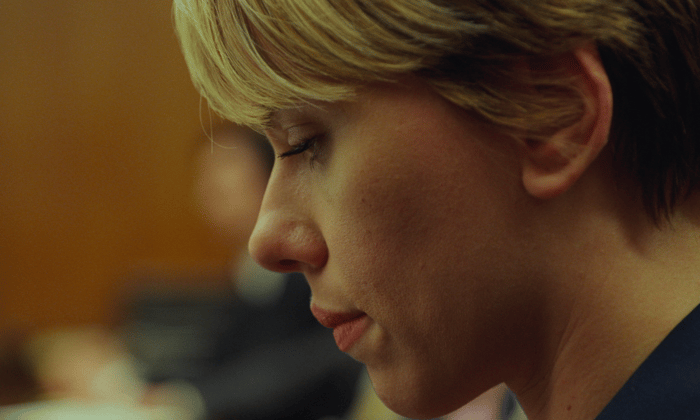 Sarandos went on to say, "I believe creators mostly want to be in the culture. They mostly want their work to be seen and recognized and talked about -- and Netflix can do that like nobody else." The massive paychecks probably don't hurt either.

In 2020, Sarandos pointed to several big trends that would continue at Netflix. Viewers will see an ambitious slate of animated series in the coming year. Sarandos also said that the "cadence of our theatrical quality films is going to keep ramping up." There will be a greater emphasis on international content next year, with more than 130 seasons of local language television series that will be debuting on the platform.

Over the past several years, investors have seen headlines about the massive deals Netflix has inked with content producers, locking them into multi-year, big-dollar contracts. The fruits of those deals will begin hitting the platform over the coming year. Ryan Murphy, who is best known for his work on American Horror Story and Glee, will be debuting Hollywood -- his first Netflix original -- which will be coming to the service next year. Netflix viewers will also get their first taste of Shonda Rhimes unleashed from the confines of network television. The creator of such hits as Grey's Anatomy, Scandal, and How to Get Away with Murder will be debuting two programs in the coming year, Anna Delvey and Breckenridge.

With all this going on, 2020 might be the best year yet for Netflix subscribers, which could translate to a banner year for investors as well.