Although China's internet economy is booming now and will continue to do so over the next decade, most American tech giants won't benefit from that growth. That's because China has traditionally prevented U.S. technology companies from entering the country. When China does allow U.S. companies to invest in Chinese ones, it's usually for a minority stake, and it also usually requires the U.S. company to hand over significant technology to the Chinese subsidiary.

However, U.S. payments giant PayPal Holdings (NASDAQ:PYPL) just defied the odds, gaining approval to acquire a majority stake in a Chinese payments company, and thus enter the country's vast digital payments market. Not only was the feat impressive in and of itself, but the acquisition could also massively boost PayPal's total market opportunity. Here's how PayPal pulled it off. 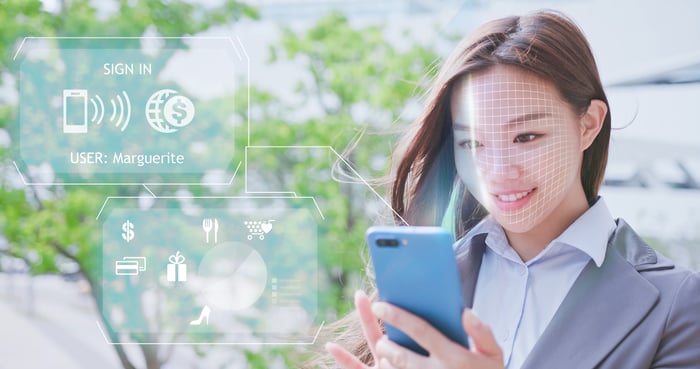 Although announced in September, PayPal just closed its acquisition of 70% of China's Guofubao Information Technology, or "GoPay," on Dec. 19. GoPay itself provides online and mobile payments for e-commerce and aviation travel industries in China. The remaining 30% will be held by a company under the control of China's Ministry of Commerce. The terms of the deal were not disclosed, so investors will have to wait for PayPal's annual report next year for further details on the transaction.

In a statement, PayPal said: "We are honored to become the first foreign payment platform to be licensed to provide online payment services in China. We look forward to partnering with China's financial institutions and technology platforms, providing a more comprehensive set of payment solutions to businesses and consumers, both in China and globally."

A massive market, but how much will PayPal get?

The online payments industry in China is set for explosive growth. According to Statista, digital payments in China are set to grow at an 18.5% annual growth rate over the next four years, from $1.57 trillion in 2019 to $3.1 trillion by 2023. And between 2017 and 2023, the number of Chinese citizens using mobile payments is set to nearly double, from 562 million to 956 million.  For context, PayPal's total processed volume (TPV) of payments last quarter was just $179 billion, which annualizes to about $720 billion. Therefore, China's digital payments market alone will grow to four times PayPal's TPV in the next few years. Currently, the Chinese market is dominated by a two-company oligopoly of Alipay, a subsidiary of Alibaba (NYSE:BABA) and WeChat Pay, the payments ecosystem around WeChat, which is owned by Tencent Holdings (OTC:TCEHY).

On the third-quarter conference call with analysts, PayPal CEO Dan Schulman hinted that PayPal may not be going toe-to-toe with these giants within China but would rather focus on cross-border payments, linking China's payments ecosystem to PayPal's vast international payments networks. PayPal not only has a powerful two-sided network from its core e-commerce platform, but it's also been an extremely aggressive acquirer of international payments companies over the years. The company is now looking to allow Chinese consumers to buy from PayPal merchants outside the country, and to enable Chinese merchants to sell to PayPal-linked consumers outside of China as well.

A big deal, if nothing else for what it says about PayPal

China had supposedly been looking at opening up its financial industry to foreign companies for a decade, but PayPal's entry marks one of the first times it actually happened. Just over one year ago, American Express (NYSE:AXP) was granted permission to build a payments network in China. However, that was a 50-50 joint venture with China's Lianlian Group, and AmEx will also need to reapply for an operating license even after the network is built.

Thus, the fact that PayPal was granted permission to own a majority of GoPay is a bigger deal and an impressive feat for the company. Schulman elaborated:

We have been working this diligently for years. When I say diligent, I mean literally almost every single day we've had calls and have been working this. And we worked quite closely with the PBOC [People's Bank of China], with other authorities inside of China. We worked with the administration here to enable all this to happen. And then I think what we've demonstrated across the globe and I think was appreciated by various entities within China is our ability to work closely with regulators. We've invested quite heavily in compliance and risk management, and we're a strong collaborator with the financial ecosystem. We're much more partners with the financial ecosystem than go around the financial ecosystem and be a disruptor. We're innovative, but we're partners with the existing structure.

So while it remains to be seen how much PayPal's China cross-border opportunity will be -- as well as how much it's paying for the privilege -- the fact that PayPal could win this approval is a testament to PayPal's widening moat. PayPal has established itself as a the large-scale payments partner of choice throughout the world, with lots of experience with regulators of different countries. With this latest coup being further evidence of its entrenched status in the global payments ecosystem, PayPal remains one of the best war-on-cash stocks heading into the 2020s.