The global market for augmented reality (AR) apps and devices, which place digital objects into the real world, is projected to grow at a compound annual growth rate of 152% between 2019 and 2024, according to Mordor Intelligence.

There aren't many public "pure plays" on the AR market, but plenty of companies offer varying degrees of exposure to AR technologies and devices. Let's take a look at three AR stocks you should consider buying right now: Himax Technologies (NASDAQ:HIMX), Qualcomm (NASDAQ:QCOM), and Snap (NYSE:SNAP).

Himax generates most of its revenue from display driver integrated circuits (ICs) for digital screens. That core business has struggled over the past year due to sluggish sales of TVs, monitors, and mobile devices worldwide.

Himax's growth in non-driver revenue decelerated over the past year due to the slower development of AR devices. Google and Microsoft both pivoted Glass and HoloLens toward enterprise niches instead of mainstream users. The widely hyped Magic Leap also flopped due to its poor field of view, lack of compelling applications, and high price tag.

But looking further ahead, Himax's non-driver revenue could climb as more AR devices hit the market. That growth, along with warmer demand for its new touch and display driver integration (TDDI) ICs for phones next year, could help this battered stock -- which trades at less than one times next year's sales -- rebound sharply.

Qualcomm's mobile chipsets -- which bundle together a CPU, GPU, and baseband modem in a tiny system on chip (SoC) -- are also well-suited for AR headsets. Qualcomm claims that the "mass adoption of highly mobile, intelligent, always-on AR glasses requires the next level of ubiquitous connectivity solutions," and that it's "uniquely positioned to deliver superior mobile AR at low power."

To reach this market, Qualcomm recently introduced XR2, a 5G-enabled chipset platform specifically designed for AR and VR devices. One of the platform's first partners is Niantic, the creator of Pokémon GO, which will use the chipset in a pair of upcoming AR glasses. 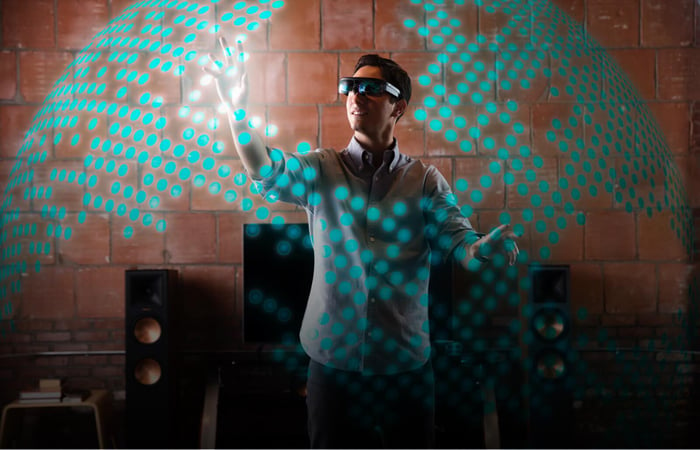 Nonetheless, Qualcomm's stock looks cheap at less than 15 times forward earnings, and it pays a forward yield of 2.8%. That safety net, along with long-term catalysts like AR chipsets, could set a floor under this stock.

Snap still generates nearly all of its revenue from ads on Snapchat. But during last quarter's conference call, Snap CEO Evan Spiegel declared that Snapchat had established "a significant lead in augmented reality," and that "smartphone-based augmented reality will be an important driver" for its long-term growth.

Snapchat's AR ecosystem includes lenses, games, and experiences, which are distributed through its AR Bar and Scan tool. Spiegel claims that each of its 210 million daily active users (DAUs) interacts with AR features "nearly 30 times" every day. Snapchat's community has also created over 600,000 lenses in Lens Studio, and top community lenses are already hitting "billions of views" across its platform.

Snap also continues to sell limited batches of its Spectacles AR glasses, which link to Snapchat and place AR filters on real-world objects with dual cameras. Snap won't generate meaningful revenue from its AR lens or glasses anytime soon, but these new features -- along with Snap's new games, real-time social map, and original videos -- could lock in more users and widen its moat against bigger rivals like Instagram.

Snap's stock isn't cheap at nine times next year's sales, but it still trades below its IPO price as its revenue growth accelerates, its ecosystem expands, and its losses narrow. That's why I personally own shares of Snap and believe the stock could head higher next year.