This is a great time to consider ingesting some restaurant stocks into your portfolio. The economy's humming, which usually leads to folks eating out more often. And even when people would prefer to eat in, the rapidly growing popularity of third-party restaurant delivery businesses has shifted the burden of fulfillment away from the actual eatery operators, making it possible for many more of them to put their food on our tables rather than on their own.

Some chains have adapted to the changes in the environment better than others, but I see plenty of opportunities for both growth and turnaround plays in the restaurant industry. Wingstop (NASDAQ:WING), Dave & Buster's (NASDAQ:PLAY), and Luckin Coffee (OTC:LKNC.Y) are three that I see moving higher in the year ahead. 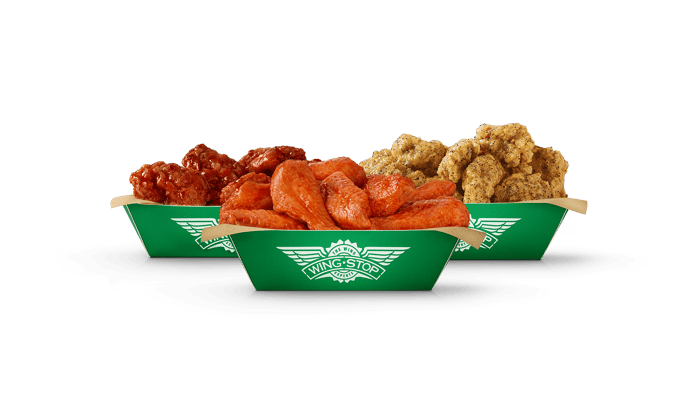 Let's start with a chain that's heating up, and not just because chicken wings (spicy or otherwise) are a hot offering. Wingstop's revenue rose 22% to $383.5 million in its most recently reported quarter. Expansion played a major part in that growth, as its 1,340 locations worldwide are 10% more than it had a year earlier. However, the real star among its statistics was its 12.3% surge in domestic same-store sales.

Earnings growth hasn't been as impressive due to a combination of expense-puffing factors including a rise in the cost of bone-in chicken wings, but Wingstop still topped Wall Street's profit targets in two of the past three quarters. It also boosted its guidance last time out. The stock isn't cheap, trading for nearly 100 times next year's projected earnings, but it has the kind of concept excellence that will always command a juicy market premium.

We go from feast to famine in singling out Dave & Buster's, a once-thriving juggernaut famous for gargantuan buildings that house casual dining, sports bars, and next-gen video game arcades for grown-ups under one roof. Unlike Wingstop, its comps have generally declined over the past two years, including a 4.1% dip last quarter.

In light of that trend, the stock has fallen out of favor. Earlier this month, the shares hit a three-year low. However, things should get better in 2020. Two years of declining comps have lowered the bar for what it needs to execute to achieve growth in the year ahead. Also, Dave & Buster's isn't just phoning it in -- the chain is trying to cash in on the growing popularity of esports, adding high-tech multiplayer attractions, and upgrading its sports bars with 40-foot-wide TV screens that it can use to show major sporting and esports events.

China has attracted heavy interest from growth investors over the years, and its tech sector has provided them a number of big winners. But sometimes all it takes is a strong cup of coffee to wake up your portfolio. The share price of Luckin Coffee has nearly doubled since the chain went public at $17 seven months ago, and its appeal is fairly obvious.

Revenue soared 640% in its latest quarter, and that's not a typo.

The number of Luckin shops across China more than tripled to 3,680 over the last year, while the number of average monthly transacting customers popped nearly fivefold to 9.3 million. The chain is succeeding in getting the world's most populous nation to warm up to premium java, and three months ago, it launched Luckin Tea as an independent brand.

Luckin Coffee isn't profitable right now, and analysts don't expect to see positive bottom-line results until 2021 at the earliest. Today's shareholders are willing to overlook the losses given the company's highly caffeinated top-line bursts -- and that's the right call for investors in search of hot restaurant stocks.