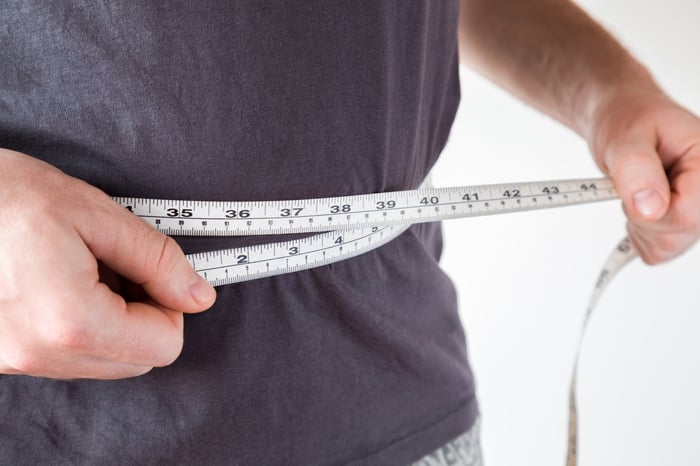 Just in time for the new year, the peak season in the weight-loss business, Nutrisystem said it would roll out a customizable weight-loss program based on body type, individual goals, and food tastes. The new product pairs with Nutrisystem's NuMi app and includes food delivery for more than half the food consumed with the program.

The launch comes at a time when WW shares are recovering from a sharp sell-off that began in 2018. Earlier, the stock had surged after Oprah Winfrey joined the company's board and began appearing in ad campaigns. The stock swung from near $6 before Winfrey joined the company in 2015 all the way to more than $100 last year. But shares began tumbling as subscriber trends eroded as it rebranded to WW. The stock fell below $20 earlier this year and now trades near $37.

As the numbers above indicate, WW has been one of the most volatile stocks on the market over the last five years. Weight-loss solutions can be faddish, even for an older brand like WW, which got a boost from Oprah's endorsement and by expanding its digital options.

But its subscriber base has clearly been fickle. In its most recent quarter, total subscribers rose but revenue and profits both fell as higher-priced studio subscriptions at the company are falling, pressuring its overall performance.

Competition in the weight-loss industry is nothing new, so the Nutrisystem launch alone may not have a significant effect, but WW's earlier collapse should remind investors that it remains a high-risk play. Winfrey's endorsement may be its biggest competitive advantage, but that alone is probably not enough to drive long-term subscriber growth. There are better options if you're looking for a growth stock.