Please ensure Javascript is enabled for purposes of website accessibility
Log In Help Join The Motley Fool
Free Article Join Over 1 Million Premium Members And Get More In-Depth Stock Guidance and Research
By Adria Cimino - Dec 26, 2019 at 9:58AM

The “Oprah effect” sent Dr. Phil to stardom, but it won’t drive WW share recovery unless the company’s other efforts can lift sales and subscriptions.

Talk show legend Oprah Winfrey is going on tour for WW International, Inc. (WW -3.09%) starting next month, and the weight management company is betting that the "Oprah effect" will be in full force. Oprah will stop in nine cities, interviewing notables including former first lady Michelle Obama and singer Lady Gaga, in events focused on wellness. WW stock has rallied nearly 9% since the company announced it had renewed its alliance with Oprah this month, but gains may be short-lived.

While Oprah's tour will be a popular event -- WW in its November earnings call said tickets were 80% sold out -- it may not be enough to boost the company's revenue and stock price over the long term. 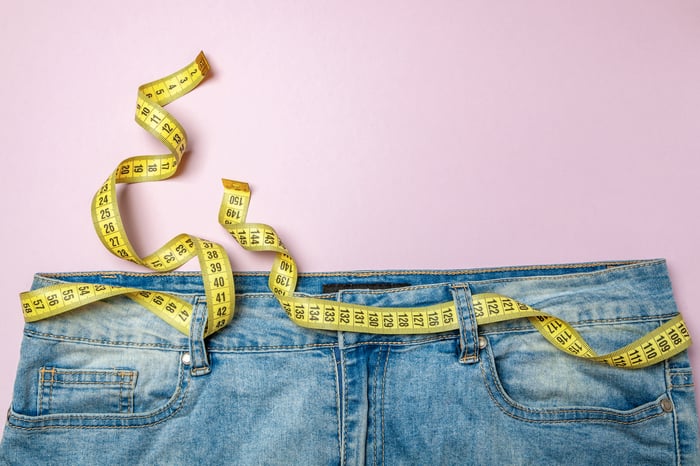 Of course, Oprah's recommendations have sent books up the best-seller list and have transformed ordinary people -- like Dr. Phil, for example -- into national stars. But the fact is Oprah isn't new to WW. She first invested in the company in 2015 and is WW's second-largest shareholder with an 8.1% stake.

Though WW shares progressively increased and peaked in 2018, since then the company has struggled to hold on to subscribers and keep up with options seen as trendier, like the keto diet. The keto diet was the most-searched diet on Alphabet's Google search engine last year, according to Google's Year in Search report. While WW allows subscribers to eat a variety of foods as long as they don't surpass the number of points allotted to them per day, the keto diet calls for eating high fat, some protein, and low carbs to force the body to burn fat.

So the message here is: Although Oprah has given people and products a quick and powerful boost, her endorsement won't necessarily carry an entire company through the long term as it faces an evolving customer base, new technologies, and competition.

WW's latest earnings report reflected the challenges that have put pressure on its shares over the past few years. Though third-quarter earnings came in at $0.68 per share, $0.01 ahead of analysts' estimates, revenue of $349 million missed analysts' forecasts of $353 million. WW's subscriber numbers were up 6% to 4.4 million year over year, but subscribers were down from the 4.6 million figure in the previous quarter. More of a concern, however, is the idea that fewer dieters were interested in attending WW's traditional meetings and instead were opting for the less expensive digital-only plan. While digital subscribers grew more than 12%, subscribers to the plan offering meetings fell 7.3%.

WW has made efforts to renew itself, starting with the name change to WW from Weight Watchers in September 2018 and the refocusing of its strategy to health and wellness. Another step in the WW revamp came this fall with the launch of myWW. Through myWW, subscribers take an eating habits/lifestyle quiz, then they are matched with the plan that would work best for them. Through the myWW app, subscribers can chat with a WW coach day or night in addition to participating in the traditional Studio experience, otherwise known as meetings.

The myWW launch may mean better days are indeed ahead for WW. That said, the name change and strategy shift didn't boost the shares or result in clear sales recovery. WW shares have lost about 38% since those changes.

Until investors can see at least one earnings report reflecting how myWW has affected sales and subscriber numbers, it's too early to bet on a long-term share rally. Extending Oprah's contract will surely be a positive part of the whole WW package, but it isn't the full recipe for revenue and share recovery for this consumer stock.