After starting the year red hot, pot stocks are set to end 2019 on a sour note. Underwhelming recreational-use sales in Canada, high tax rates in key states like California, various scandals, and an increasingly uncertain outlook about marijuana gaining legal status at the federal level in the United States have diminished the market's appetite for all things cannabis.

Despite that sharp drop in corporate valuations across the space, though, the worst could be yet to come. With the outlook dimming for Canada's legal cannabis market and the United States seemingly years away from ending prohibition at the federal level, most pot companies have been forced to continue selling shares to cover their capital expenditures. 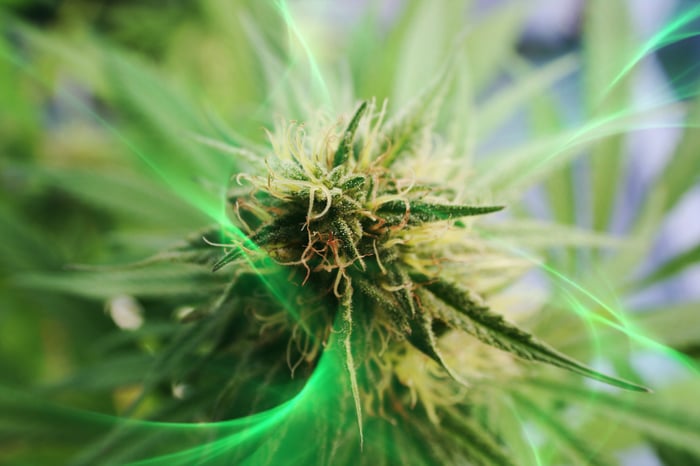 What's more, several top Canadian companies have idled construction on key grow facilities due to a lack of cannabis retail outlets, the thriving black market, and a slower-than-expected rollout of edibles, vapes, and other high-margin derivative products.

These gale-force headwinds mean that a strong case could be made against buying any cannabis stocks right now, but in particular, Aurora Cannabis (NASDAQ:ACB) and HEXO (NASDAQ:HEXO)  appear to be in serious trouble heading into 2020. Here's why.

Despite being Canada's largest marijuana cultivator by production capacity, and arguably one of the industry's most diversified names from a product line-up standpoint, Aurora hasn't been able to put it all together to create value for its shareholders of late. It has consistently missed financial targets, posted staggering quarterly losses, and diluted shareholders to a jaw-dropping degree -- issues which helped drive Aurora's share price downward by nearly 60% in 2019.

Next year, though, could be even worse from a stock-performance perspective. Even though Cannabis 2.0 -- the legal arrival on the market of marijuana-derived products like edibles, drinks, and vapes -- should provide Aurora a much-needed revenue boost by the middle of next year, it might prove too little, too late. The company is barreling toward a possible liquidity crunch. Because of certain restrictions associated with its $360 million secured credit facility with Bank of Montreal and its enormous cash burn rate, Aurora could run out of working capital by the middle of next year, according to a research note by Gordon Johnson of GLJ Research.

Given the unfavorable dynamics playing out in the Canadian marijuana market at the moment, Aurora may have to further dilute shareholders simply to remain a going concern, strike a large partnering deal from a position of weakness, and/or amend this secured credit facility with Bank of Montreal. None of those options bodes particularly well for the pot giant's share price over the next six to 12 months.

HEXO's shares are down a painful 76% from their 52-week high, but this middle-of-the-road cannabis producer could have a long way to go before it hits rock bottom. There are four clear reasons to avoid this pot stock in 2020:

Bottom line, even though HEXO's management has done a lot to cut costs, explore viable ways to enter the lucrative U.S. market, and fight back against black market sales with the launch of a low-priced brand, "Original Stash," the hard truth is that the company may have trouble surviving in this harsh environment.

HEXO doesn't have a major equity partner to help it through this industry-wide trough, nor does it have the financial muscle to survive several more years of hefty net losses. That's not to say that it's destined to go belly up anytime soon, but management will definitely have their work cut out for them in 2020.