When first learning of a proposed acquisition, it can be easy to subconsciously slip over the word "proposed" as linguistic fodder. But although many acquisitions earn regulatory approval relatively quickly, some trip up enough alarm bells among trade authorities to significantly slow closing or to block it altogether.

The proposed merger of Illumina (NASDAQ:ILMN) and Pacific Biosciences (NASDAQ:PACB) is the latest reminder that no acquisition is guaranteed. After drawing the scrutiny of the Competition and Markets Authority (CMA) of the U.K. and the Federal Trade Commission (FTC) of the U.S., it's probably time for investors to give up hope that the transaction will go through.

What happens next will be even more important to the future of both companies. 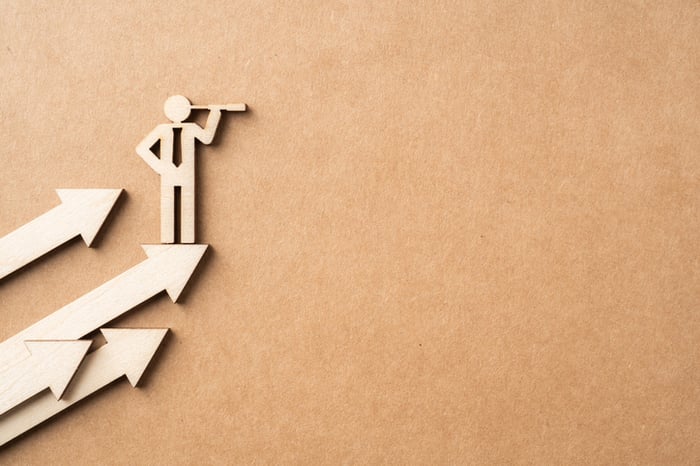 In November 2018, Illumina proposed acquiring Pacific Biosciences for $1.2 billion, or roughly $8 per share. The merger would have joined the two leading approaches of reading genomes: short-read (Illumina) and long-read (Pacific Biosciences). Each has advantages and disadvantages, but the latter is much better suited for the personalized medicine approaches. Therefore, the acquisition was intended to position Illumina for the future of DNA sequencing.

The transaction was originally expected to close in mid-2019, but the U.K.'s CMA erected a serious speed bump in early 2019 by opening an inquiry into the proposed merger. The country is home to Oxford Nanopore, the leading company developing nanopore sequencing, a third approach to reading genomes, and one poised to challenge both Illumina and Pacific Biosciences.

In mid-December, Illumina and Pacific Biosciences proposed opening up a portfolio of patents related to sequencing native DNA (leaving out all sequencing performed on Illumina's machines) to alleviate the concerns of regulators. That half-hearted remedy only drew the ire of the industry. Oxford Nanopore, Qiagen (NYSE:QGEN), and an unnamed customer submitted strongly worded arguments against the merger. Qiagen's submission is particularly noteworthy. It recently discontinued development of its own short-read sequencing instruments to focus on in vitro diagnostic (IVD) kits through a 15-year partnership with Illumina.

Days after the industry banded together to oppose the merger in the U.K., the U.S.' FTC formally challenged the proposed acquisition, alleging "Illumina is seeking to unlawfully maintain its monopoly in the U.S. market for next-generation DNA sequencing (NGS) systems by extinguishing PacBio as a nascent competitive threat." The commission voted 5-0 to authorize staff to seek a restraining order and potentially ask a federal court for a preliminary injunction blocking the merger.

While there's a sliver of a chance that the merger can somehow be salvaged, investors need to begin preparing for the likely scenario in which the acquisition is formally abandoned.

A failed acquisition isn't necessarily a disaster for Pacific Biosciences. Illumina might have to pay the company a termination fee of $98 million, which has some strings attached, but the windfall might come at just the right time.

In the third quarter of 2019, Pacific Biosciences rode technology upgrades to a 117% year-over-year increase in gross profit. The business is still far from sustainable and remains on pace to lose over $100 million from operations in 2019. But if technology improvements continue to drive operating improvements, then the company could experience a rapid turnaround -- or find another merger partner. That could make it a small-cap stock worth keeping an eye on. 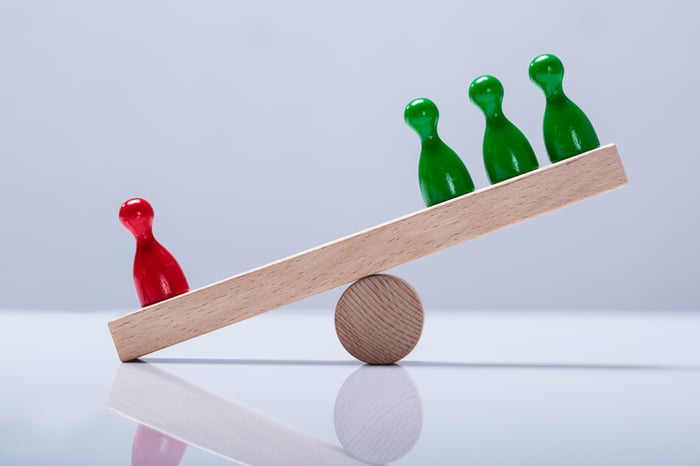 Is Illumina falling behind?

Illumina boasts an 80% market share of the global next generation sequencing (NGS) market, making it the undisputed king of reading genomes. That dominance also worked against its bid to acquire Pacific Biosciences, as regulators fear allowing the company to further monopolize the market.

While the company has amassed that market power through a combination of low costs and great technology, what many investors fail to recognize is that Illumina's technology platform isn't an ideal fit for the fast-approaching future of DNA sequencing. This is not a very popular perspective at the end of 2019, but investors who dare to look over the technology horizon might be a least a little alarmed.

Short-read sequencing is great for reading a high volume of genomes, which is useful for large population studies or when hospitals want to mine their biobanks for valuable genetic insights (at the population level). But short-read sequencing is pretty awful for reading one genome with a great deal of accuracy, which is increasingly important for personalized medicine applications and genetic testing services (at the individual level).

Why is that the case? Short-read sequencing works by taking a strand of DNA, chopping it up into very small pieces, amplifying those pieces, and then reading the amplified signal. The approach typically requires a reference genome to cross-check results and correct errors, is often biased toward certain sequences due to the need for amplification, inherently misses disease-driving structural variants (which are longer than the short fragments), and cannot read an estimated 4% to 9% of the human genome.

Long-read and nanopore sequencing work by reading individual strands of DNA. The approaches can alleviate data biases (there's no need for amplification) and provide accurate information about structural variants (longer sequences can cover an entire structural variant). If such approaches continue to improve in capability, then they'll fall precipitously in cost (likely well below what Illumina can offer) while also scaling down in instrument size (enabling more powerful desktop, or even smartphone, sequencers). And if they fall in cost and scale down, then they'll likely become the preferred method of DNA sequencing when enough sample is present to forgo amplification.

Those important differences between short- and long-read approaches prompted Illumina to propose the acquisition of Pacific Biosciences in the first place. Without a merger, Illumina will need to focus on maintaining its short-read empire for as long as possible while building businesses in genetic testing kits and other related industries. The question investors need to ask: Is that worth $49 billion?