GEICO is Warren Buffett’s greatest investment of all time, and the returns are stunning.

All of these savvy investments have paid huge dividends for Buffett and Berkshire Hathaway (BRK.A -0.51%) (BRK.B -0.30%) over the years. However, out of all his top picks, Buffett's clear No. 1 investment is GEICO. "My favorite investment, one that embodies this philosophy, is GEICO, which I learned about when I was 20 years old," Buffett once told Forbes.

GEICO, which stands for the Government Employees Insurance Company, is now a wholly owned business of Berkshire Hathaway. But it wasn't always that way. In fact, Buffett's history with GEICO goes all the way back to the 1950s, when Buffett was still a business school student at Columbia under his professor and future employer, Benjamin Graham.

In 1951, Buffett went down to GEICO's offices on a Saturday, where the janitor let him in. The only other person working that day was Lorimer "Davy" Davidson, who would later become the CEO. Davidson agreed to meet with Buffett and generously explained both the insurance industry and GEICO's special competitive advantages. GEICO was set up in a unique way for an insurance company, bypassing traditional agents to sell policies directly to consumers. In addition, GEICO targeted only high-quality drivers such as government bureaucrats and professors. By selecting its market segment and not having to pay agents' commissions, GEICO was able to offer car insurance at a huge discount to other insurers while still earning a superior profit margin.

Enthralled, Buffett subsequently put half his net worth into GEICO's stock. Buffett would make a quick 50% return in just over a year, before selling his GEICO stake to put the profits into a cheaper stock. That would prove to be a mistake, as the value of GEICO's stock rose nearly another 100 times over the next 20 years. That "taught me a lesson about the inadvisability of selling a stake in an identifiably wonderful company," Buffett said in his 1995 letter to shareholders.

However, 25 years later, Buffett got another chance to buy GEICO, this time acquiring GEICO's stock for his holding company, Berkshire Hathaway. That purchase would set the stage for his greatest investment bonanza of all. 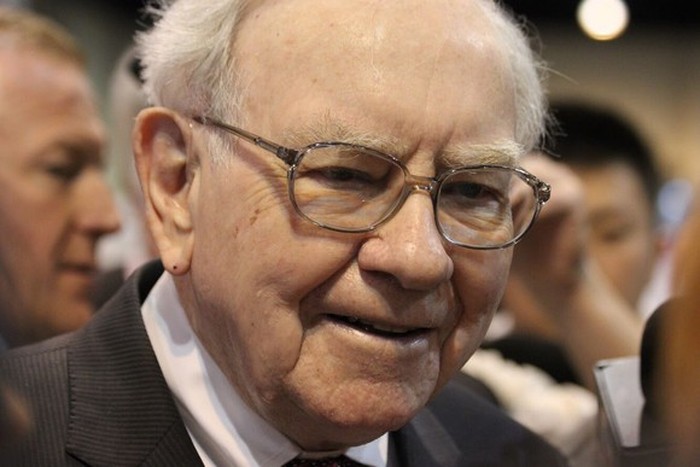 In a stunning turn of events for such a competitively advantaged company, GEICO almost went bankrupt in 1976. By then, Davidson had retired, and the new executives running the company started to vastly underestimate GEICO's claims losses resulting from inflation. They then tried to fix the problem by growing out of it, relaxing the company's premium-to-surplus ratio, or the amount of premiums in relation to equity, and growing out of its niche of high-quality drivers. That only wound up making things worse.

Losses soon grew, and by 1976, GEICO was on the edge of bankruptcy. By then, Buffett was on the board of directors, having taken over from Jerry Newman, partner in the Graham-Newman partnership, which had been a large investor in the company.

Buffett then helped recruit Jack Byrne, a highly regarded insurance executive, as CEO to come and fix the mess. With a belief in Byrne's abilities and GEICO's main competitive advantages still being intact, Buffett pounced on GEICO's distressed share price, buying $4.1 million in GEICO common shares and another $19.4 million in convertible preferred stock.

Once installed, Byrne took emergency measures, firing over half the company's employees, exiting unprofitable markets, and raising premium prices. These actions worked, restoring GEICO's profitability in the very next year, and Buffett's investment was off to the races. By the end of 1977, Buffett's common stock had increased 150% and even the value of the preferred stock had nearly doubled. Buffett added even more to his GEICO holdings over the next four years, and by 1980, he had invested $45.7 million in total, good for roughly 33.3% of the company.

With GEICO restored to its former glory and its low-cost advantage intact, GEICO continued both grow and buy back stock throughout the 1980s, which increased Berkshire's ownership stake to 50% of the company, without a need for Buffett to buy any more stock himself. At the end of 1995, Berkshire bought out the remaining 49% that it didn't already own for $2.3 billion.

And GEICO has continued to grow under Berkshire

Of course, just because Berkshire bought out GEICO in early 1996 doesn't mean Buffett was done benefiting from the company. Assuming GEICO would be valued at the same valuation ratios as Buffett's $4.7 billion buyout price,  it would equate to about 15.2 times pre-tax earnings of $308.2 million, and a price-to-sales ratio of 1.54.  Based on GEICO's 2018 figures of $33.63 billion in revenue and $2.449 billion in pre-tax income, GEICO today would be worth anywhere between $37.2 billion and $51.7 billion.

Taking the average and assuming a $44 billion valuation for GEICO today would mean the value of Buffet's stake has increased almost 10 times over the past 22 years, just since Berkshire took control of the whole company in 1996. Considering Buffett paid just $2.35 billion all in for the whole company would mean Buffett has made a whopping $41.6 billion in profit on GEICO, and this is before counting any dividends received between 1976 and 1995. And if you only count that first $45.7 billion investment Buffett had paid by 1980, he made a profit of almost $22 billion, for a jaw-dropping total return of 48,000%.  And if one goes back to the initial $23.5 million investment in 1976, the return on those initial dollars is even greater.

But even all of that that underrates GEICO's financial benefits to Berkshire, as GEICO also provides Berkshire with billions of insurance float every year. For Berkshire, the float from its vast insurance operations acts as a form of costless margin loan that Buffett and his team of investors can then reinvest. Considering the 20%-plus returns Buffett has generated over the life of Berkshire, GEICO's annual "float" is of significant additional value, even beyond its underwriting earnings.

The greatest of all time

When one looks at both the amazing financial returns and additional insurance float generated, it's no contest: GEICO will always be Buffett's first investing love, and it will always be his most profitable investment of all time.