This deal has been years in the making. China's BOE Technology Group has been angling to supply Apple (NASDAQ:AAPL) with OLED displays destined for iPhones since early 2017. The Chinese company made progress on inking the deal in 2018 and was reportedly close to getting certification from Apple in August of this year.

BOE has been investing heavily in expanding its production capacity at its OLED display factories to meet surging demand for the display technology. AMOLED smartphone volumes are expected to jump by nearly 50% to over 600 million units worldwide in 2020, according to recent estimates from Counterpoint Research. 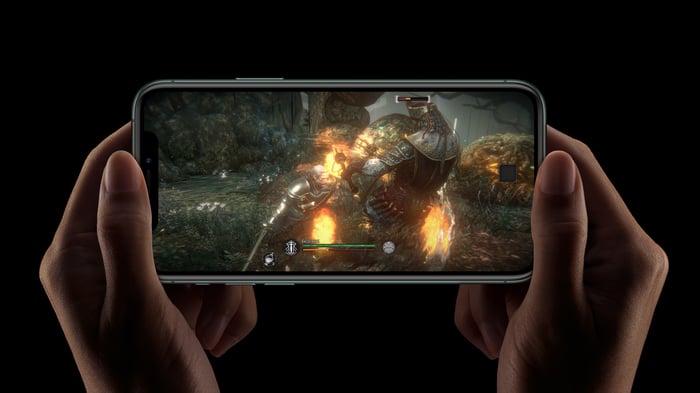 RPRNA reports that BOE is onboard to source OLED panels starting in 2020, which would make it Apple's third supplier of OLED displays. When Apple launched its first iPhone with an OLED display in 2017 -- the iPhone X -- it relied exclusively on Samsung as its only supplier. LG Display started providing OLED panels the following year in the iPhone XS and XS Max.

Japan Display, which has long supplied traditional LCD displays to Apple and has been struggling to stay afloat, isn't expected to have OLED displays ready for another couple of years, if it can survive that long. BOE will become Apple's second-largest supplier of OLED panels behind Samsung, according to the report, providing even more units than LG. That relationship should expand to see BOE ship an estimated 45 million OLED displays to Apple in 2021.

BOE is also a prominent OLED display supplier for Huawei, which is enjoying strong demand for its handsets in China. Huawei is now the No. 2 smartphone vendor in the world, according to IDC.

The move will help Apple further diversify its supply chain, as Samsung and LG are both based in South Korea. Ironically, Apple has been working to move other parts of its supply chain out of China due to President Trump's ongoing trade war with The Middle Kingdom, although tensions have eased in recent weeks.

Apple is expected to incorporate OLED displays into more models this year. The Mac maker has four new iPhone models in the pipeline for the fall, all of which will feature OLED displays. Over the past couple of years, the company has been launching two models with OLED displays and one more affordable iPhone with a traditional LCD display.

Displays are typically among the most expensive components. The display and touchscreen assembly in the most recent iPhone 11 Pro Max costs around $66.50, according to a teardown analysis by Tech Insights. That's nearly 14% of the total bill of materials (BOM) cost.