Many investors focus on Sony's (NYSE:SONY) PlayStation 5, which is scheduled to arrive in late 2020, as the company's next big earnings catalyst. However, a new growth engine is emerging in the shadow of Sony's gaming business: its oft-overlooked semiconductor unit, which mainly produces image sensors for cameras.

Demand for image sensors has been soaring over the past year, thanks to new smartphones with higher-quality cameras and multi-camera setups. Sony's semiconductor chief Terushi Shimizu recently stated that the unit still "can't make enough" image sensors to satisfy market demand, according to Bloomberg, even as it runs its manufacturing plant 24 hours a day.

To meet that demand, Shimizu stated that Sony would double its capital spending on the semiconductor unit to 280 billion yen ($2.6 billion) this fiscal year and that it was building a new plant in Nagasaki, Japan, which would come online in April 2021. Let's see why this business will remain Sony's core growth engine until the PS5 arrives. 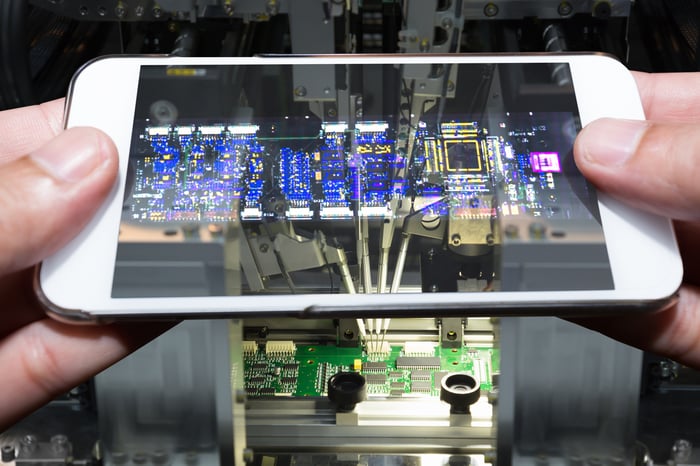 Sony's semiconductor business, which is officially called its "imaging and sensing solutions" (I&SS) unit, supplies image sensors for about half the smartphone market. Its top customers include Apple (NASDAQ:AAPL), Samsung, and Huawei. 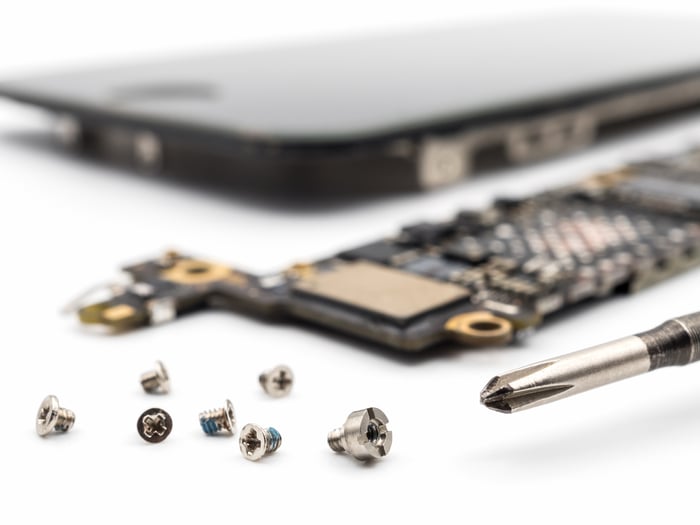 Sony's leading position in the image sensor market enables it to profit from the smartphone market even though its own Xperia devices control less than 1% of the global market. It also offsets the slower sales of its first-party digital cameras, which face tough competition from smartphones.

It attributed that upward revision to higher-than-expected sales of image sensors for mobile devices, and a better product mix of pricier image sensors. It's also expected to remain Sony's most profitable business with an operating margin of 19.2% for the full year.

Sony is also expanding its semiconductor unit beyond mobile devices and into Internet of Things (IoT) devices and AI-powered cameras for enterprise customers. It recently started developing enterprise-oriented image sensors with Microsoft, which could help it reach fresh markets like smart retail and security cameras.

An unlikely winner in the smartphone wars

Smartphone shipments fell 4% worldwide in 2018, according to IDC, and are expected to dip another 2% in 2019 due to the saturation of the market. This makes it tough for market leaders like Apple and Samsung to keep growing, and even tougher for smaller OEMs to gain ground.

That's why smartphone makers are trying to differentiate their new devices with higher-quality cameras like Samsung's 108-megapixel camera, or triple-camera setups like Apple's iPhone 11 Pro and Huawei's Mate 30 Pro. That escalating feature war, which should continue for the foreseeable future, is fueling the robust demand for Sony's image sensors.

That boom ironically makes Sony a major winner in the smartphone wars, even as it fails to make a profit from its fading Xperia devices.

Sony still expects its total revenue to decline 2% this year, due to the weakness of its gaming, electronic products, and movie businesses. But it expects the strength of its semiconductor and music segments to partly offset those losses and boost its total operating profits 4%. This balance will likely hold until the PS5 arrives in the second half of fiscal 2020 -- which could turn the gaming business into Sony's core growth engine once again.