On Sept. 24, 1944, Johnson & Johnson (NYSE:JNJ) went public at $37.50 a share, after 58 years of operating privately. Johnson & Johnson was founded by two brothers, James Johnson and Edward Johnson, and their older brother Robert joined the company later that year.

The company was originally formed to create a line of ready-to-use surgical dressings. The Johnson brothers were inspired by hearing British physician Dr. Joseph Lister discuss the importance of antiseptic surgery and keeping wounds clean. 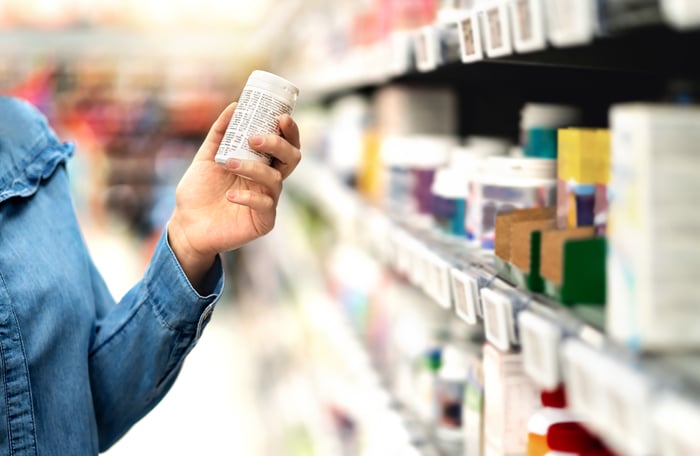 In 1888, the company's president Robert Wood Johnson was on a train heading to Colorado when he struck up a conversation with a surgeon for the railway line. The doctor was complaining about the lack of medical supplies for workers who were injured so far from a hospital. In response, Johnson & Johnson introduced the First Aid Kit. The kit included sterile dressings, sutures, and surgical tape. The company's first aid kits became hugely popular and were used around the world.

In 1894, Johnson & Johnson entered the business of baby products by selling Johnson's Baby Powder. Robert Johnson's granddaughter Mary was the first baby to appear on the label. The powder was originally distributed to midwives and it came in a package along with a dozen sanitary napkins for the mom. Mothers liked it so much, the company started distributing the product through drugstores. After the company received hundreds of letters from women asking where they could buy sanitary napkins, Johnson & Johnson began to sell them to the public, becoming the first company in the U.S. to do so.

In 1921, the company introduced the Band-Aid. In the course of its history, Johnson & Johnson has produced more than 100 billion bandages.

Investing in the IPO

Near the end of World War 2, the Johnson family decided to take the company public. The company was already very large, selling 1,200 products, including cotton gauze, women's sanitary products, surgical sutures, diapers, and pharmaceuticals. At the time of its initial public offering, Johnson & Johnson had $93.6 million in annual sales and $9.5 million in profits. Johnson's Baby Lotion was a top seller.

In 1953, the company introduced Johnson's Baby Shampoo, with its "No More Tears" formula. Five years later, the company did a stock split, issuing 2.5 shares for every share investors owned. This would take your share count to 1,535.

In 1981, Johnson & Johnson announced another 3-for-1 stock split, sending your share count to 41,445. The next year, the Tylenol murders happened in Chicago. An unknown person tampered with several Tylenol bottles, putting cyanide into them. The company did a massive recall, pulling 31 million bottles of tablets off the shelves. The crisis cost the company $100 million. Within a couple of months, Tylenol was back on the shelves, in tamper-resistant packages. The new capsules were covered in a gelatin formula, referred to as a gelcap, to prevent future tampering. Tylenol regained all of the market share it had before the murders, which remain unsolved.

In 1989, the company issued a 2-for-1 stock split. This would take your share count to 82,890. Five years later, Johnson & Johnson introduced the world's first coronary stent.