With the holiday shopping season largely behind us, the bad news will start to flow soon from the usual retail suspects. J.C. Penney (OTC:JCPN.Q), Sears (NASDAQ:SHLDQ), and a variety of struggling mall retailers will almost certainly report poor results whenever they release fourth-quarter earnings reports.

Those reports will lead to a lot of stories about how Amazon (NASDAQ:AMZN) has devastated brick-and-mortar retail. The reports will point out that roughly 9,300 retail stores closed in 2019, up from 5,844 in 2018 and 8,069 in 2017. These stories will generally omit the fact that for every retailer closing a store, 5.2 are opening new locations. They will also fail to note that just a few chains are driving the majority of the closures -- 16 retailers were responsible for 73% of closures, according to the National Retail Federation as of summer 2019.

It's a confusing situation for investors. The "retail apocalypse" narrative has some grounding in truth, but it's a very simplistic view of what's actually happening. 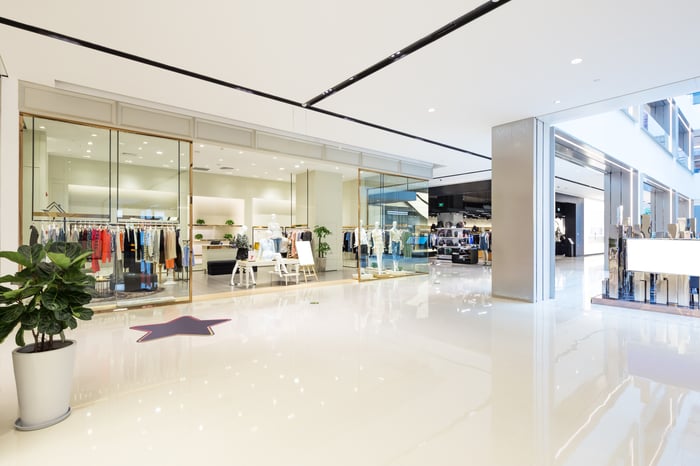 Retailers that chose to ignore the digital side of their business (or lacked the resources to invest) have struggled. E-commerce sales remain less than 15% of overall retail sales. That number may inch up during the holiday season, but it's fair to say that most shoppers still visit brick-and-mortar stores.

What has changed is that consumers expect an omnichannel model. The consumer wants to be able to combine how they shop in-store and online however they choose, whenever they choose. They may browse at a store and order for online delivery. They may order online and pick up at the store. Some shoppers will mix and match methods on the same trip.

Retailers that have embraced consumer convenience, such as Walmart, Target, and Best Buy, have thrived by making the shopping experience as easy as possible for consumers.

These stores understand that consumers have choices -- and Amazon looms over nearly every purchase. They have invested heavily in their supply chain (to be able to get products to consumers) and their merchandise (to have unique items that drive shoppers to their physical and digital stores).

If a retailer does not have a deep war chest -- or financiers willing to fund massive changes, the end has already been written. J.C. Penney, for example, has good leadership in CEO Jill Soltau and some great ideas in how to revamp its stores. It also has almost no cash on hand (less than $200 million) and roughly $4 billion in debt.

Sears has the same problem as does Forever 21, GameStop, and a bunch of other struggling mall- and strip mall-based retailers. These chains will fail because there's a recipe for success in the current retail marketplace, and they can't afford the ingredients.

There are a few on-the-fence retailers that may or may not succeed. Macy's leadership, for example, seems to understand the problem and has some cash to make changes. In most cases, however, even knowing what's wrong won't be enough, so investors should pay close attention to available cash before listening to any turnaround plans.

More department stores will close, as will many longtime mall staples. They'll be replaced by smaller stores and digital-native brands looking to add the convenience of brick-and-mortar locations. It's a changing of the guard, or a shakeout of retailers that failed to change with the times, not an apocalypse.