The S&P 500 has been on a tear in 2019, rising 29% year-to-date. Continuing the longest bull market in United States history, investor sentiment remains positive. However, there are lingering issues such as the impeachment trial of the United States president, a continuing trade war between the U.S. and China, a slowing global economy, and the decision by Britain to exit (Brexit) the European Union.

Despite these potentially problematic events, three factors have strengthened the bullish narrative for stocks in 2020. 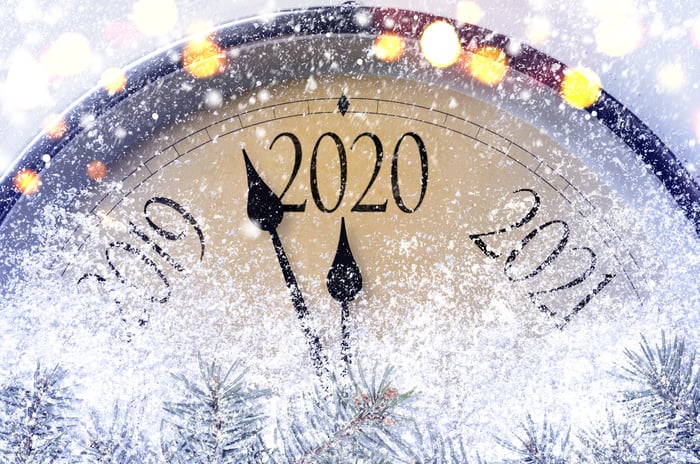 Unemployment is at a 50-year low, according to the Bureau of Labor Statistics. With more than 6.4 million jobs added since the beginning of the Trump administration, the United States unemployment rate fell to 3.5% in September -- the lowest rate since May 1969.

Low unemployment has historically been viewed as a negative factor by investors since it traditionally raises pressure for the Federal Reserve to increase interest rates. Increasing the costs of borrowing and slowing down the economy is a tactic often used to prevent runaway inflation. Normally, higher inflation would follow low unemployment; however, this economic cycle has bucked the trend.

The current economic cycle is not seeing signs of increased inflation, and despite the low unemployment, other macroeconomic headwinds have convinced the Federal Reserve to decrease interest rates three times in 2019 -- allowing rates to fluctuate between 1.5% and 1.75%. The decrease has been used to counteract the slowdown caused by the trade war between the U.S. and China and the slowdown in the global economy. The overall expectation for the Federal Reserve is to keep interest rates steady in 2020, which is great news for stocks.

A measure of goods and services purchased by United States residents, consumer spending is the heart of U.S. economic growth these days, making up two-thirds of gross domestic product (GDP). The Bureau of Economic Analysis announced that in the third quarter of 2019, consumer spending was $14.7 trillion -- 68% of the GDP of $21.54 trillion.

Consumer spending growth is expected to be flat into 2020, says the Conference Board, matching 2019's 2.6% growth rate. Fannie Mae's chief economist, Doug Duncan, stated during an interview with Reuters that domestic growth will continue into 2020 even as global uncertainty mounts.

Keeping interest rates low stimulates the economy because the cost of borrowing is low, giving consumers and businesses access to cheaper debt. Used to control inflation, the federal funds rate is adjusted accordingly by the Federal Reserve to slow or speed up the overall economy.

Jerome Powell, the Federal Reserve chairman, stated in a recent interview that "we expect moderate growth to continue." The Federal Reserve predicts the U.S. economy will grow 2% in 2020, two-tenths of a percentage point lower from the overall 2.2% growth in 2019. Powell also stated that "for rates to move up, a significant move upward in inflation would need to be persistent." Simply stated, Powell does not see a need to increase the fund's rate in the near term unless inflation rises across multiple quarters.

A positive outlook for 2020

The ongoing U.S.-China trade war is impacting investor sentiment; however, President Trump announced a potential "phase one" partial agreement with China in October. There is speculation that the trade war will be ended before the November 2020 presidential elections, but this should be treated as just that -- speculation. President Trump has also announced that the negotiations can potentially go beyond the election into 2021.

If trade negotiations are better than expected at the beginning of 2020, an increase in business confidence and capital expenditures should follow shortly thereafter, boosting stocks even further.

As consumer spending remains healthy, led by record-low unemployment, investors should expect the economic expansion to continue in 2020 regardless of the trade war with China. Low interest rates should keep the cost of borrowing manageable, allowing companies to invest and grow. This should drive the economy upward and give momentum to the record-breaking economic expansion.