Shares of DURECT (NASDAQ:DRRX) are down 33% at 11:57 a.m. EST following the failure of the company's phase 2a clinical trial of DUR-928 in patients with plaque psoriasis. Based on the results of the midstage trial, the company doesn't plan on continuing development of DUR-928 in psoriasis.

DURECT didn't release any results beyond the top-line failure: "DUR-928 did not demonstrate a benefit over vehicle (placebo) based on Investigator's Global Assessment" -- a measurement of how skin lesions are healing. The biotech noted that DUR-928 didn't meet any of the clinical trial's secondary endpoints, either.

The failure is disappointing given the large number of people with plaque psoriasis. As a topical application, the drug would likely have been used ahead of popular drugs that have to be injected or infused. 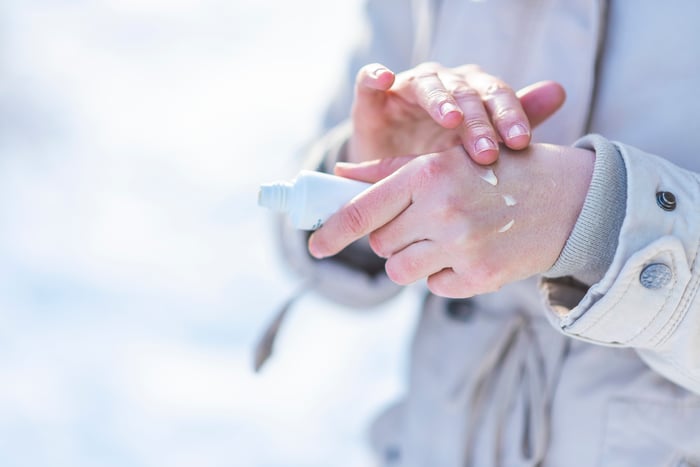 While development for psoriasis is dead, DUR-928 is still alive and kicking. The company recently presented promising early phase 2a data in alcoholic hepatitis (AH), which affects the liver, and the drug is being tested in another liver disease called nonalcoholic steatohepatitis. A phase 2b study in AH is scheduled to start in the middle of this year.

The failure of DUR-928 in psoriasis might decrease the likelihood of success in other diseases, but the diseases are so different -- as are the modes of delivery -- that the read-through is fairly minimal. Investors will just have to wait and see if the phase 2 trials for use in liver diseases are successful.

Beyond DUR-928, DURECT has a pending Food and Drug Administration application for the approval of its pain medication Posimir, which an FDA advisory committee will review on Jan. 16.